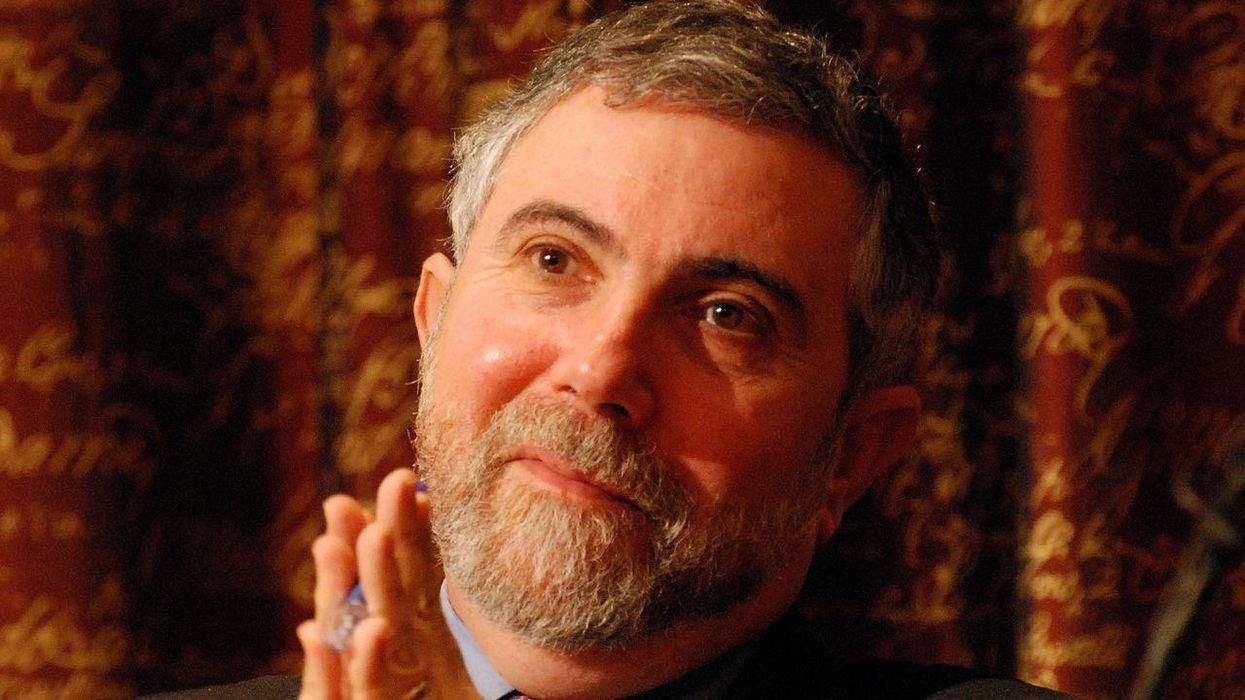 Economist Paul Krugman is a liberal. New York City mayoral candidate Andrew Yang is a liberal/progressive. But in a New York Times column published on April 15, Krugman explains why he is vehemently opposed to one of Yang's most talked-about proposals: giving a monthly check of $1000 to every resident of the United States.

Krugman has been an unapologetic supporter of New Deal and Great Society economics, explaining in one New York Times column after another why liberalism has been great for the U.S. economically — and he is a scathing critic of the modern Republican Party. Far-right pundits at Fox News and Fox Business hate his guts, which as Krugman's admirers see it, shows that he is doing his job well.

Yang, meanwhile, is to the left of Krugman on economics. And after proposing a guaranteed monthly income of $1000 for all Americans in the 2020 Democratic presidential primary, he has proposed that idea again as one of the contenders in New York City's Democratic mayoral primary.

"Will Andrew Yang, the current frontrunner, become New York City's next mayor?," Krugman writes. "If he wins, would he be any good at the job? I have no idea, although I'm skeptical about the latter. My guess is that the mayoral office needs an effective political brawler, not an intellectual — and Yang, who has never held office, owes his prominence largely to his reputation as a thought leader, someone with big ideas about economics and policy. What I do know is that Yang's big ideas are demonstrably wrong."

Krugman continues, "Yang's claim to fame is his argument that we're facing social and economic crises because rapid automation is destroying good jobs and that the solution is universal basic income — a monthly check of $1000 to every American adult. Many people find that argument persuasive, and one can imagine a world in which both Yang's diagnosis and his prescription would be right. But that's not the world we're living in now, and there's little indication that it's where we're going any time soon."

The economist/Times columnist goes on to lay out some reasons why he opposes Yang's proposal of $1000-per-month checks from the federal government for all Americans.

Yang, who comes from a tech background, believes that automation, in the future, will displace huge numbers of Americans. Krugman, however, doesn't view automation as the real culprit when it comes to the United States' income inequality — which he blames, to a large degree, on GOP tax policies and the decline of unions.

"The real story of inequality and wage stagnation in America has a lot to do with the decline of unions and workers' loss of bargaining power, but some commentators are uncomfortable talking about power relations and would rather blame technology," Krugman writes. "You could argue that none of this is particularly relevant to running New York City, and in a direct sense that's clearly right. But if Yang does become mayor, it will be because voters have a vague sense that he's a man with deep insights proposing smart progressive policies. Unfortunately, that's not who he is."