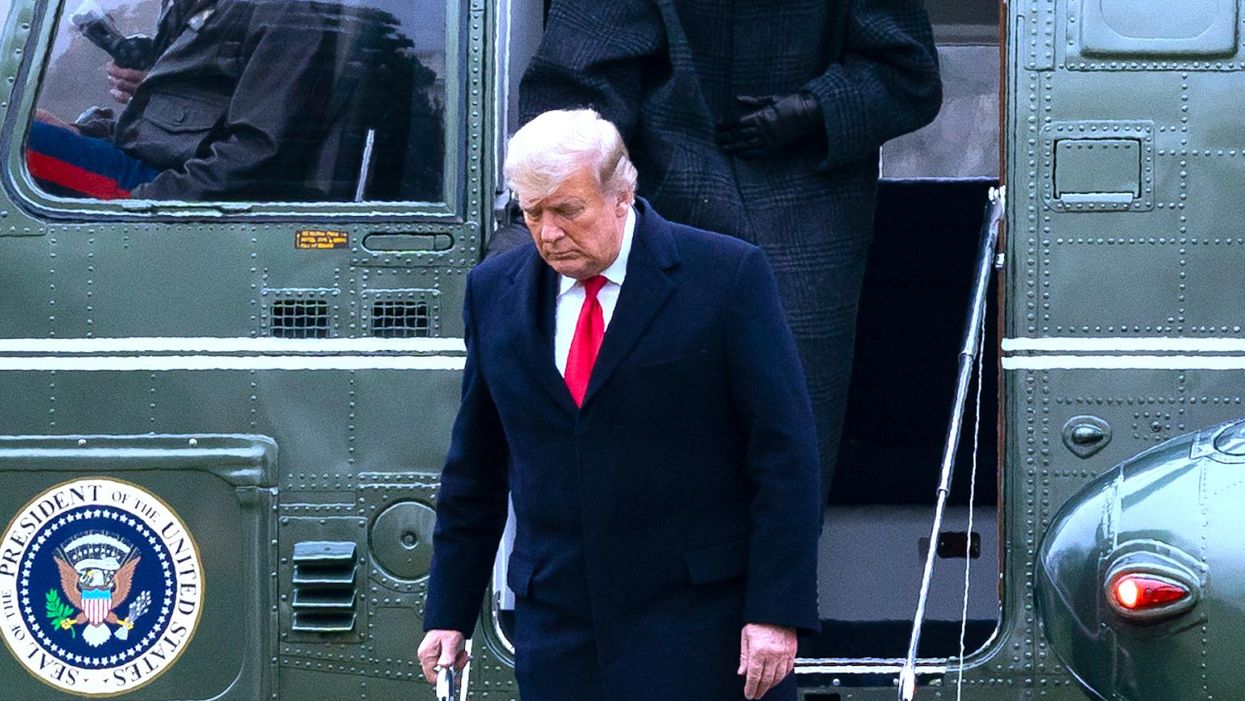 This week, the former president and the publication's editorial board clashed after The Wall Street Journal raised questions about Trump's "usefulness to the Republican Party" following his loss of the White House and his political party's control of Congress.

The clash reached a tipping point on Thursday, March 4 when Trump released his scathing letter attacking a number of his adversaries including Fox News' Karl Rove and the Republican lawmakers he believes have betrayed him. Since Trump is still banned from nearly every social media platform, he resorted to sending his rant out to his supporters via email.

According to The Hill, he also leveled an attack against the publication also he accused it of backing "globalist policies such as bad trade deals, open borders, and endless wars that favor other countries and sell out our great American workers,"

"The Wall Street Journal editorial page continues, knowingly, to fight for globalist policies such as bad trade deals, open borders, and endless wars that favor other countries and sell out our great American workers, and they fight for RINOS that have so badly hurt the Republican Party," Trump said in a statement. "That's where they are and that's where they will always be. Fortunately, nobody cares much about The Wall Street Journal editorial anymore."

However, the publication quickly fired back at Trump with an argument of its own. "For someone who says we don't matter, he sure spends a lot of time reading and responding to us," the Wall Street Journal wrote. "Thanks for the attention. "What really seems to rankle the most famous resident of Mar-a-Lago isn't his caricature of our policy differences."

The board continued, "It's that we recognize the reality that Mr. Trump is the main reason Republicans lost two Georgia Senate races in January and thus the Senate majority. Mr. Trump refuses to take responsibility for those defeats, contrary to all evidence."

The publication also slammed Trump highlighting the statistics that led to his election defeat. "Losing to Joe Biden of all people, and by 7.1 million votes as an incumbent President, must be painful," the publication wrote. "Counseling could be in order. Any good analyst will explain that the first step toward recovery is to accept reality. The same applies to Republican voters who want to win back Congress in 2022 and the White House in 2024."

The latest clash comes just days after Trump's appearance at the Conservative Political Action Conference (CPAC) where he alluded to the possibility of running for president again in 2024.