Security contractor who participated in Capitol riots confirmed to be a white supremacist: Navy investigators 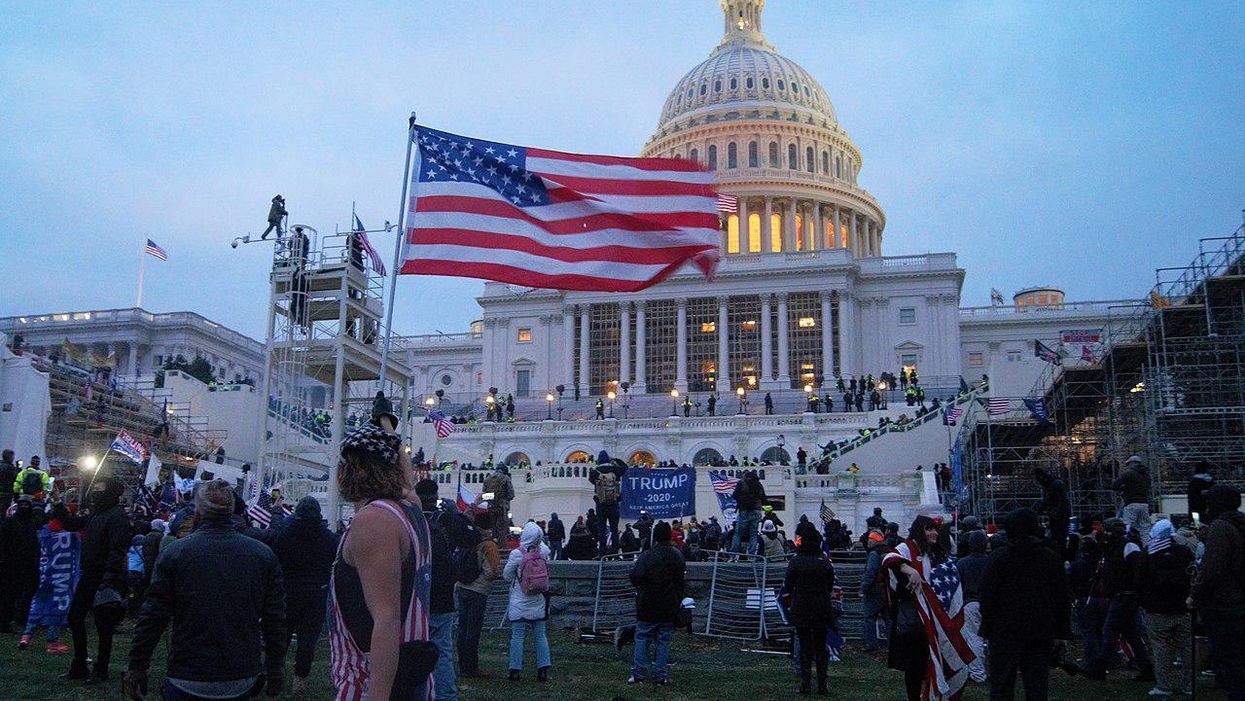 Federal prosecutors have revealed evidence that suggests a U.S. Army reservist and navy contractor who participated in the U.S. Capitol riots is a white supremacist, according to Politico.

On Jan. 15, law enforcement officials arrested Timothy Hale-Cusanelli—who worked as a security contractor who held a secret-level security clearance at the Naval Weapons Station Earle—for his involvement in the U.S. Capitol breach which occurred on Jan. 6 amid the Electoral College certification.

According to investigative findings and one of the Naval Criminal Investigative Service's confidential sources, a YouTube channel was discovered that featured Hale-Cusanelli's discussing his controversial views. Based on the findings, prosecutors have described him as an "avowed white supremacist" and "Nazi sympathizer."

Investigative reports disclosed on Friday, March 12, as part of a push to keep Hale-Cusanelli behind bars, focused on the findings of an extensive NCIS investigation. That investigation, which was conducted on Jan. 20 and 21 shortly after Hale-Cusanelli's arrest, included a number of details that confirm his status as a white supremacist.

The publication reports that a staggering number of individuals interviewed agreed that Hale-Cusanelli had radicalized views of "Jewish people, minorities, and women."

Of those interviewed, 34 agreed Hale-Cusanelli held "extremist or radical views pertaining to the Jewish people, minorities, and women." One contractor colleague said he discussed his dislike for Jews every day. A supervisor told investigators she had to admonish him for sporting a "Hitler" mustache (images of which prosecutors extracted from Hale-Cusanelli's phone).

Prosecutors' summary of the investigative report indicated that "A Navy Petty Officer stated that Defendant talked constantly about Jewish people and remembered Defendant saying 'Hitler should have finished the job."

Although 34 out of 44 of Hale-Cusanelli's colleagues have confirmed his radicalized views, Sgt. John Getz, one of his supervisors at NWS Earle is pushing back against the staggering claims. Getz reportedly wrote a two-page letter on Hale-Cusanelli's behalf insisting that he was "appalled at how [Hale-Cusanelli] was slandered in the press in regards to him being a 'white supremacist.'"

"I have never known him to be this way. I know that our co-workers would agree," Getz wrote, adding "Never have I seen Mr. Hale treat any of his African-American co-workers differently than anybody else, nor have I heard any distasteful jokes or language leave his mouth."

The investigative reports about Hale-Cusanelli are the latest findings revealed as the U.S. Department of Justice and the Federal Bureau of Investigation (FBI) continue their investigation into the Capitol riots. More than 200 individuals have been arrested and charged for their involvement in the siege on the Capitol building.