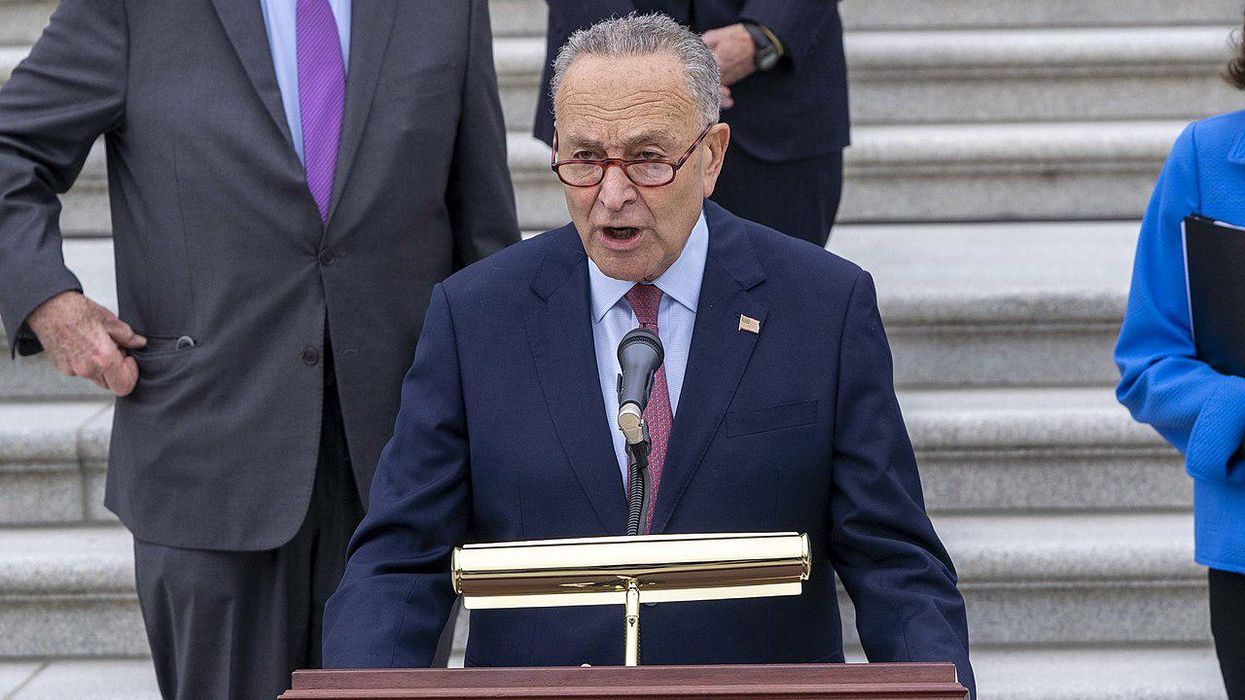 Although generally happy with the American Rescue Plan Act of 2021 — the $1.9 trillion COVID-19 relief/economic stimulus package that President Joe Biden recently signed into law — many liberals and progressives were disappointed that it did not include a national minimum increase. But The Intercept's Ryan Grim is reporting that according to the publication's sources, Senate Majority Leader Chuck Schumer "is considering putting a $15 minimum wage into the next reconciliation package, which will be focused on infrastructure."

"Senate Democrats attempted to include the wage hike in President Joe Biden's COVID-19 relief package," Grim notes, "but the Senate parliamentarian ruled it was out of order — and Senate Democrats allowed that ruling to stand. An effort to overturn the ruling, which required 60 votes, garnered just 42."

Although Democrats now have a majority in the U.S. Senate, it is a narrow one. And getting legislation that Biden favors through the U.S. Senate is challenging under the rules of the filibuster, which requires a 60-vote supermajority. That supermajority is not necessary if Democrats go through the reconciliation process, but even with reconciliation, centrist Democratic senators such as Sen. Joe Manchin of West Virginia and Sen. Kyrsten Sinema of Arizona can vote with Republicans and cause a Democrat-sponsored bill to be defeated.

Even with reconciliation, Grim stresses, Schumer would still need to "lock down 50 votes" and consider what it takes to get centrist Democrats like Manchin and Sinema on board with a minimum wage hike.

"Of the eight Democrats who voted no last time around on overruling the parliamentarian to enact a minimum wage," Grim explains, "most are assumed to be gettable in a clean vote — though doing so could mean giving ground on the tipped minimum wage, a key priority of the National Restaurant Association. That would still leave Sens. Joe Manchin, D-W.Va., and Kyrsten Sinema, D-Ariz., but there is hope that a package of small business tax credits, which would subsidize the wage increase, could get them there."