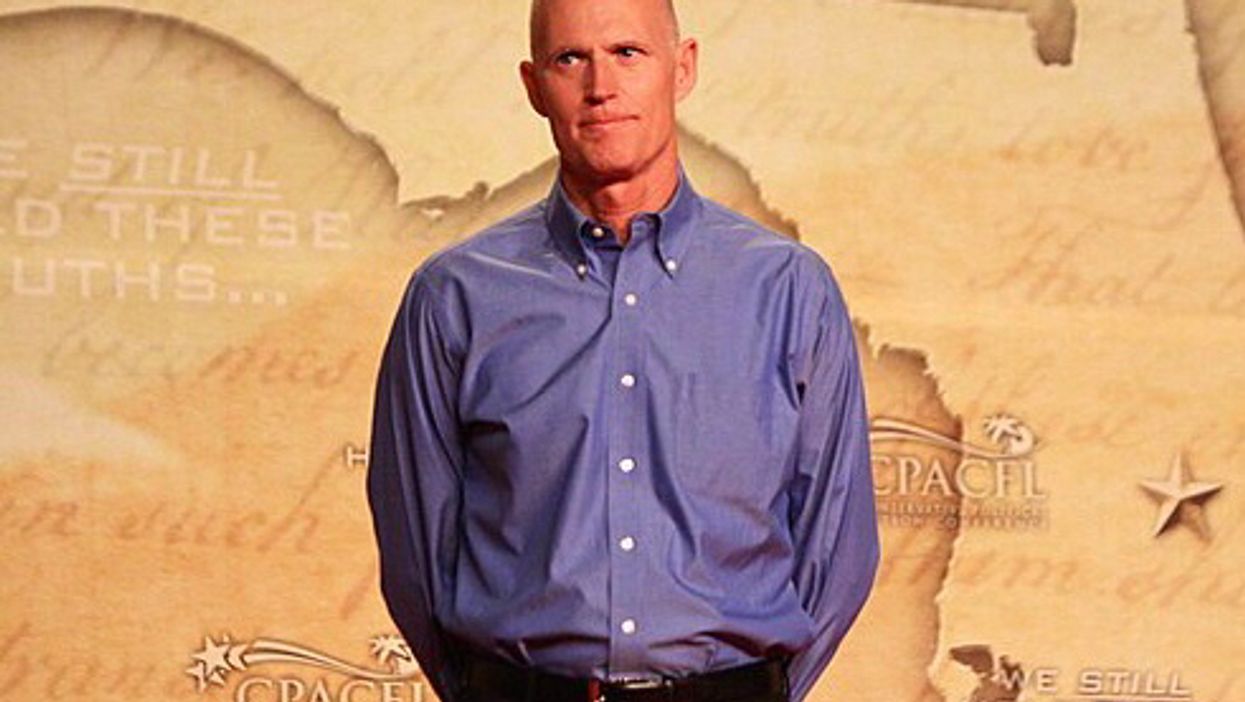 Like most Republican lawmakers, Sen. Rick Scott (R-Fla.) is not in favor of the $1.9 trillion dollar stimulus package passed by Democratic lawmakers. In fact, Scott is actually begging states to reject stimulus cash but one Republican-run state has a completely different outlook on the situation.

On Wednesday, March 10, Scott penned a letter to state and city officials urging them not to accept the relief funds that will be dispersed to states in the coming days.

"I am writing you today with a simple and common-sense request: each state and local government should commit to reject and return any federal funding in excess of your reimbursable COVID-19 related expenses," Scott wrote. "This commitment will serve the best interests of hard-working American taxpayers and will send a clear message to Washington: politicians in Congress should quit recklessly spending other people's money."

The Republican lawmaker went on to explain why states should do so. "By rejecting and returning any unneeded funds, as well as funds unrelated to COVID-19, you would be taking responsible action to avoid wasting scarce tax dollars," the letter reads. "After all, every dollar in this package is borrowed."

But despite Scott's advice, Florida Gov. Ron DeSantis (R) is suggesting otherwise. Describing the funding as a "game-changer," the Republican governor is actually demanding that the state of Florida receive more money.

"The Senate didn't correct the fact that Florida is getting a lot less than what we would be entitled to on a per capita basis," DeSantis said.

Although Scott believes rejecting the funds would be effective, Florida state Senate Budget Committee Chair Kelli Stargel (R) has pushed back against his perspective as she argued that there is a strong possibility that rejection will not lead to the outcome he is expecting. "You return the funds, it just gets redistributed to New York or California or to other states," Stargel said.

Some of the Republican-run states sought pandemic relief funding for the purpose of financing major tax cuts. However, last-minute legislative changes incorporated by Senate Democrats now prevent Republican lawmakers from making that happen.