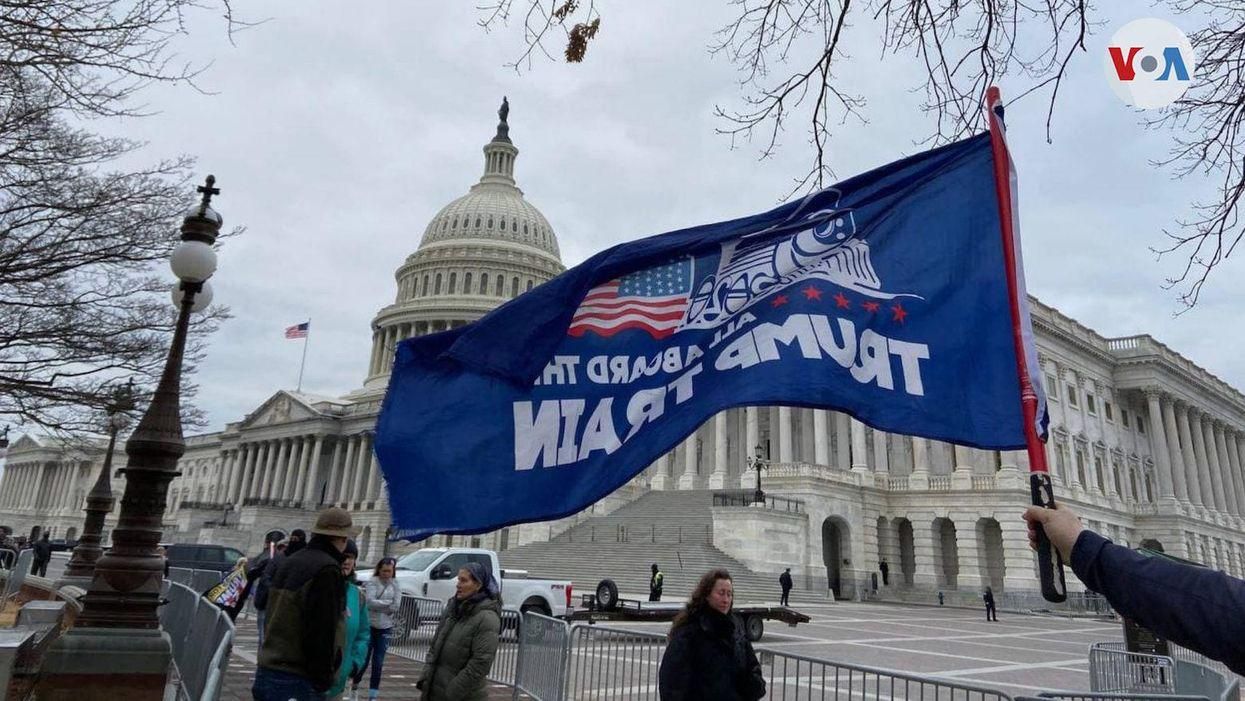 Glimpses of the Capitol riots have been highlighted in numerous video clips but reports about the deadly day paint a much more harrowing picture as it aims to debunk a number of myths surrounding the siege on the Capitol building.

According to NPR, a new report assessing the federal charges brought against alleged riots include details about the weapons they wielded while storming the federal building. Despite the myths that have circulated in hopes of downplaying the severity of the Capitol rioters, the review notes that a "variety of weapons" including "stun guns, pepper spray, baseball bats and flagpoles wielded as clubs" were all carried by Capitol riots on Jan. 6.

Law enforcement officials also noted the discovery of "allegedly planted pipe bombs by the headquarters of the Democratic and Republican parties the night before the riot." However, the unidentified pipe bomb suspect is reportedly still at large.

The weapons highlighted also contributed to the untimely death of Capitol police officer Brian Sicknick. He and other officers were sprayed with a concoction that prosecutors consider an "unknown chemical substance."

Since most of the angry mob that stormed the Capitol has not been arrested, law enforcement officials speculate the weapons found are only a small estimate of the weapons rioters really had in their possession. The Justice Department's court filings also indicate that "no crowd member submitted to security screenings or weapons checks by Capitol Police or other authorized security officials."

A number of civil rights advocates have weighed in with their response to the myths and the reports. Heidi Beirich, one of the co-founders of the Global Project Against Hate and Extremism, compared the Capitol riots to the protests as she noted the stark difference between the two.

"This was a pretty heavily armed crew of people compared to what you usually see at protests," said Beirich. "Even when you see people who are armed at protests in states, for example, where they have open-carry laws, they aren't storming into a building using the weapons in the way that we saw at the Capitol."

Lorenzo Boyd, a former director of the Center for Advanced Policing at the University of New Haven, criticized the "false narrative" associated with many of the accounts aiming to downplay the Capitol breach.

"There were a lot of weapons that could be lethal weapons as applied," said Boyd. In his view, the fact that the rioters were armed with a variety of weapons clearly contributed to the Capitol Police's failure to protect the building," Boyd wrote. "If you see a lot of resistance and you're being outgunned, outmanned, outpowered, you tend to kind of fall back a little bit."