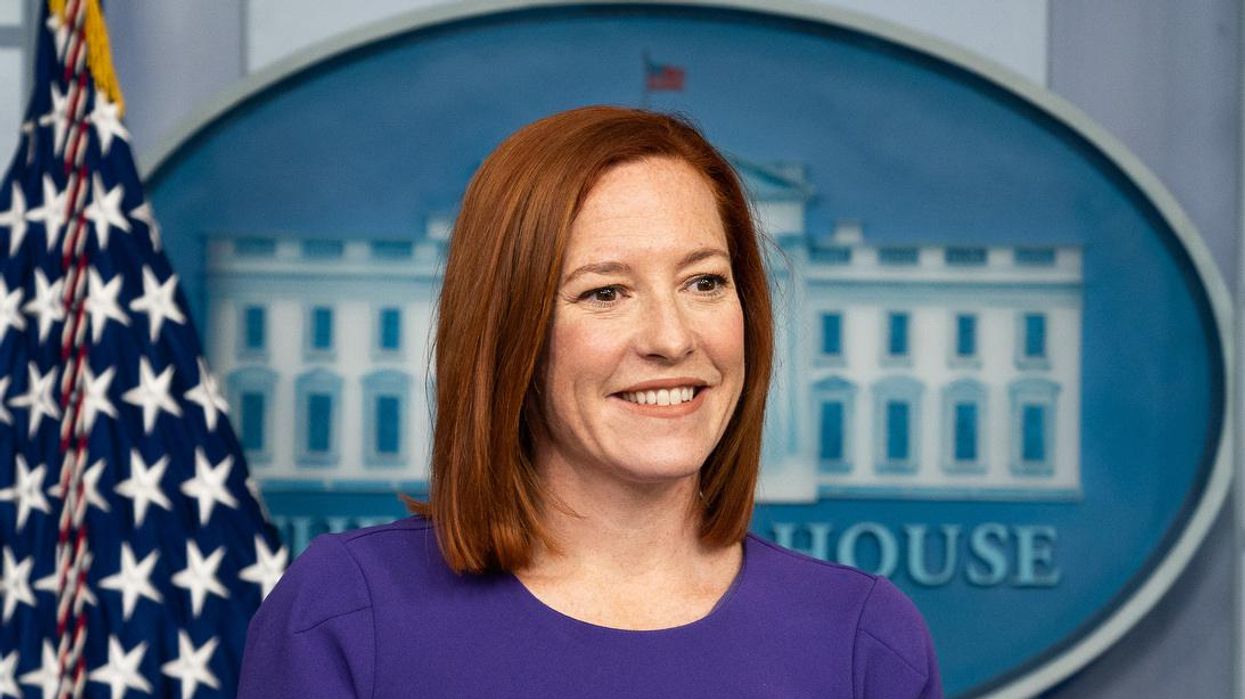 Although former President Donald Trump and former First Lady Melania Trump were vaccinated for COVID-19 in January, according to CNN, a recent PBS/NPR/Marist poll found that 49% of Republican males do not plan on getting vaccinated. And some health experts, including Dr. Anthony Fauci, are saying that Trump should urge them to get vaccinated. White House Press Secretary Jen Psaki, at a news conference this week, was asked about Trump's lack of participation in recent COVID-19 awareness campaigns — and she noted that others have participated without needing an "engraved invitation."

A reporter asked Psaki if President Joe Biden would like to see Trump "get involved in his messaging" about the need to be vaccinated for COVID-19 — to which she responded, "Well, if former President Trump woke up tomorrow and wanted to be more vocal about the safety and efficacy of the campaign, of the vaccine, certainly we'd support that."

"If former President Trump woke up tomorrow and wanted to be more vocal about the safety and efficacy of the vaccin… https://t.co/xuODhrUfOR
— ABC News (@ABC News) 1615830351.0

Psaki went on to say, "Every other living former president — or most of them, not all of them — has participated in public campaigns. They did not need an engraved invitation to do so. So, [Donald Trump] may decide he should do that. If so, great. But there are a lot of different ways to engage, to reach out to ensure that people of a range of political support and backing know the vaccine is safe and effective."

In a recent ad from the Ad Council, four of the United States' five living ex-presidents urged Americans to get vaccinated for COVID-19 — including Democrats Barack Obama, Bill Clinton and Jimmy Carter and Republican George W. Bush. Conspicuously absent was Donald Trump.