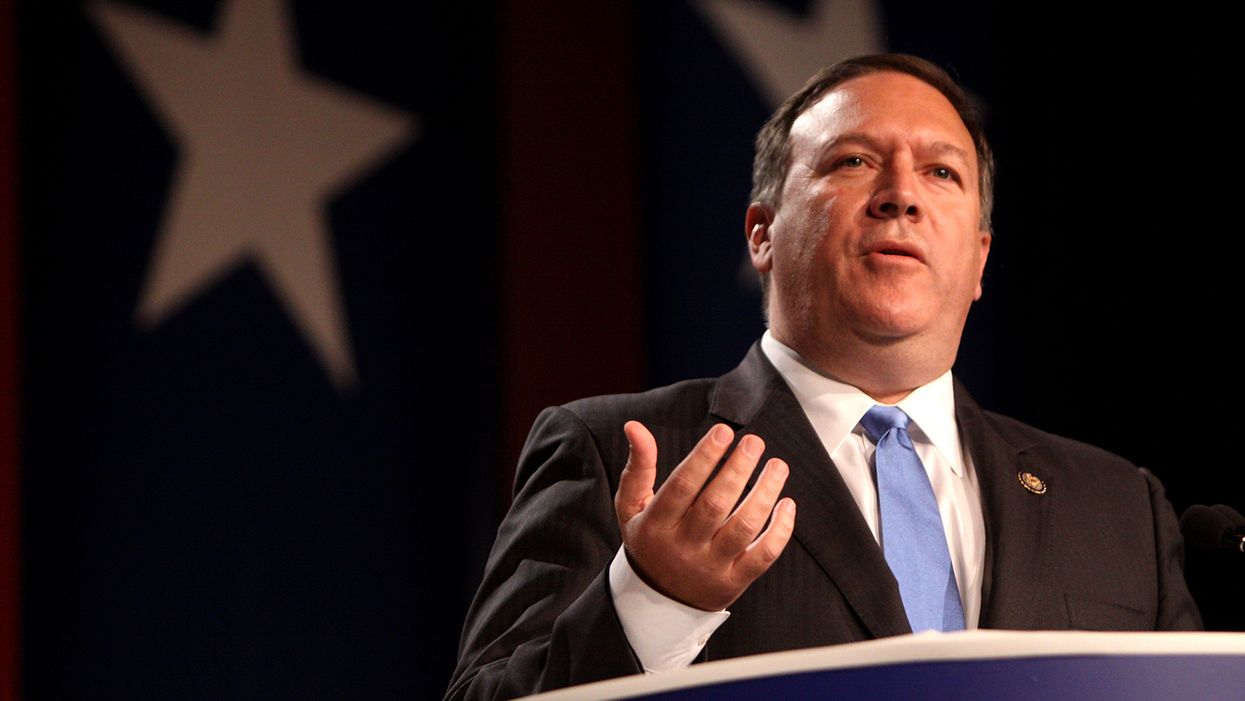 Mike Pompeo photo by Gage Skidmore, Wikipedia
David Badash
and
The New Civil Rights Movement
March 01, 2021
Former Trump Secretary of State Mike Pompeo is being chided and criticized for bragging on social media he was labeled the "worst Secretary of State in history" by The New York Times.

Pompeo Is a Likely 2024 Presidential Hopeful

He's a little off.

Just days earlier the Times also reported, "As he leaves office, Mr. Pompeo, 57, has been tagged by a number of officials and analysts with the dubious distinction of the worst secretary of state in American history. That will come back to haunt him as he considers running for president in 2024 or seeking another elected office, as he is widely believed to be doing."

There's also this passage from a January 20 opinion column, which reads:

In recent weeks, the Chinese state media had dismissed Mr. Pompeo as "crazy" and the "worst secretary of state in history."

Regardless, today it's Pompeo's "fake victimization" and bragging about being labeled the "worst Secretary of State in history" that has many up in arms – especially given his poor record.

@mikepompeo No one is trying to cancel you by calling you "the worst secretary of state in history." We are descri… https://t.co/ovoXalXdMB
— Eric Owens (@Eric Owens) 1614613250.0

@mikepompeo Man who lied for his president and lied for himself now claims he will never stop speaking truth, which itself is a lie.
— Kyle Griffin (@Kyle Griffin) 1614609905.0

When most people who understand your job think you were bad at it, and you failed at your own stated goals, leaving… https://t.co/QirDvJooLc
— Nicholas Grossman (@Nicholas Grossman) 1614608980.0