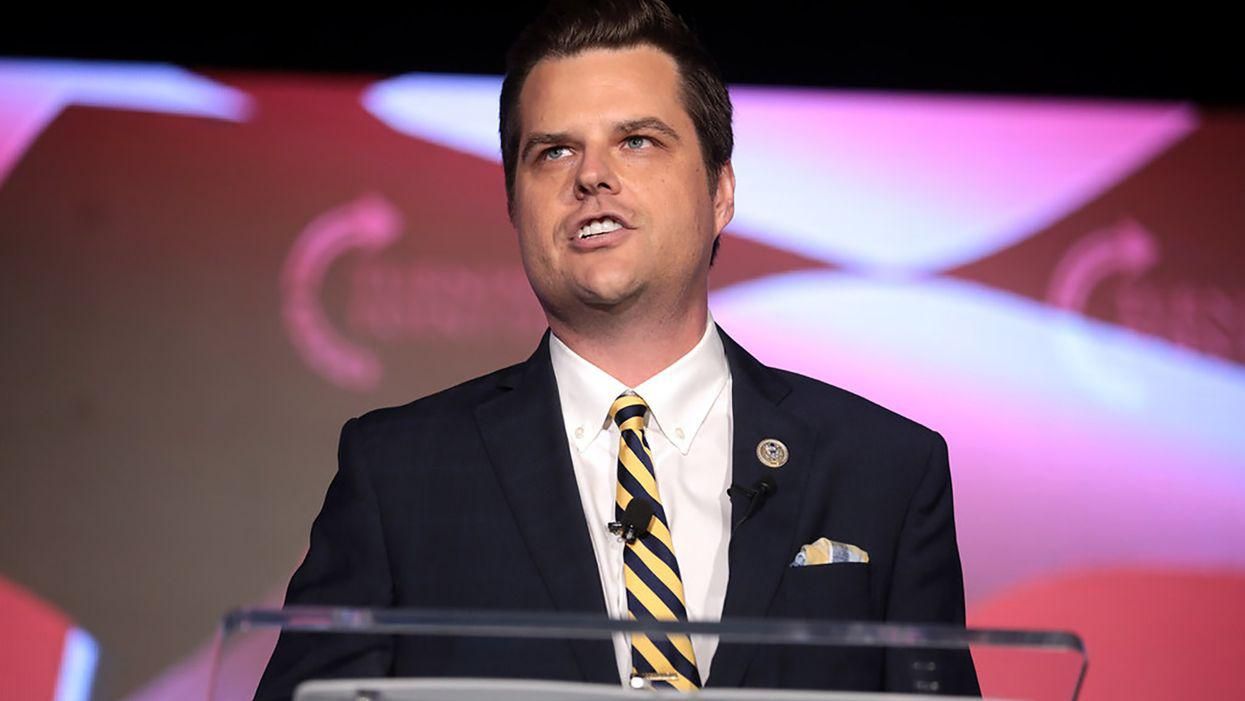 Gaetz, a far right lawmaker, showman, and MAGA acolyte who recently offered to quit his job of being an elected representative for the people of Florida so he could represent Donald Trump in impeachment "court," is now betting on the Russian leader over his own American President.

"Putin and Biden, it would not end like 'Rocky IV,' I don't think the American would prevail," Gaetz gleefully told Fox News' Sean Hannity Thursday night.

But Gaetz, who always defends Trump and even denies the former president or his campaign had anything to do with Russia, despite reports from the US Intelligence Community, wasn't finished attacking the Democratic President – while supporting the Russian.

"Obviously Vladimir Putin, effectively trolling the president United States, and I want to make sure that we are the strongest country on the international stage and it doesn't help that Joe Biden in almost every international negotiation is conceding to these globalist entities," Gaetz claimed, using what is a slur in conservative circles, and often an anti-Semitic one.

He went on to attack Biden's (early) plans to raise taxes on Americans making over $400,000 as perpetrating "violence to our country."

"And when it comes to the Harris-Biden relationship," Gaetz concluded, "everyone in Washington knows that every time Kamala Harris shakes the hand of Joe Biden, she's checking his pulse."