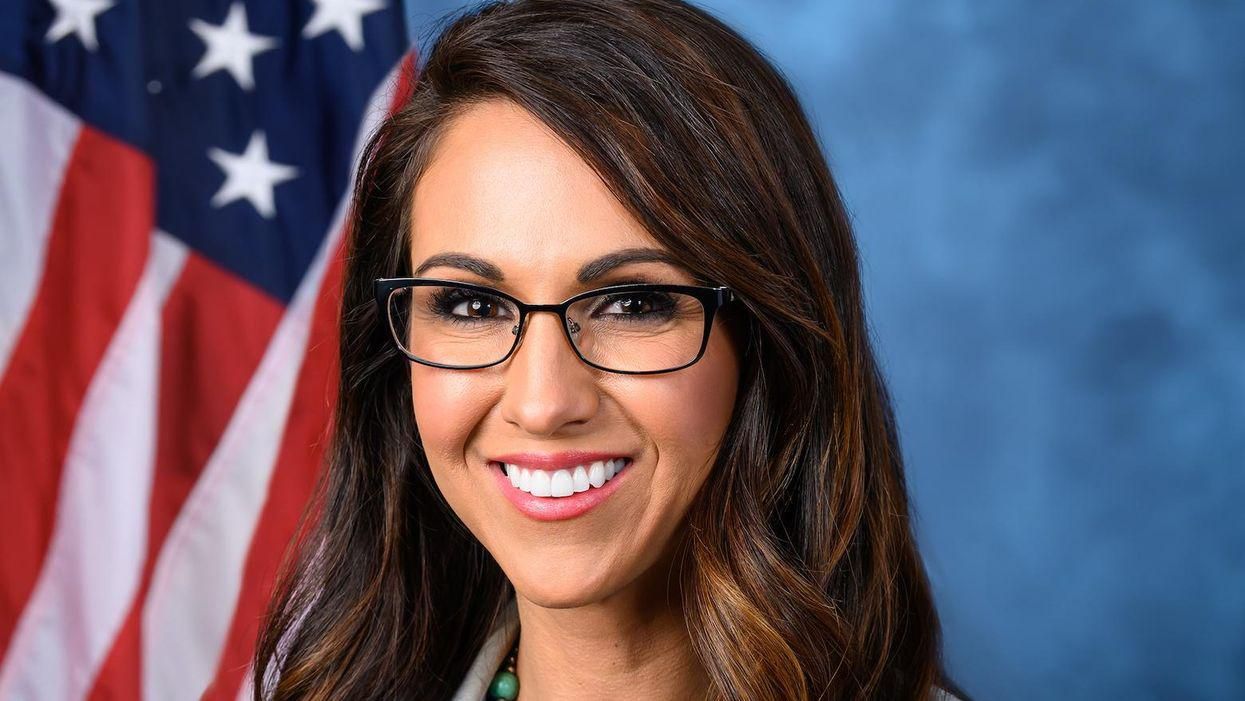 Rep. Lauren Boebert (R-Colo.) has a new deranged conspiracy theory about the upcoming 2022 primary election and Twitter users are convinced the newly-elected lawmaker has lost her mind.

According to the Colorado Times Recorder, Boebert participated in a recent town hall in Montrose, Colo. where she was asked about Democratic figures at the center of the "Deep State" myth—including a number of former directors of the Federal Bureau of Investigation (FBI), Central Intelligence Agency (CIA), and Hillary Clinton—and whether or not they would be held accountable for their unspecified crimes connected to the QAnon conspiracy.

Before hearing the rest of the question, Boebert spiraled into a frenzy with a bizarre theory about the upcoming primary. "I'm going to answer part of this," she said, interrupting the man as he demanded Democratic leaders be held accountable for their so-called crimes. "Yes…I sure hope so."

"So we are seeing a lot of ugliness uncovered, a lot of corruption exposed," Boebert then said as she expounded on the man's frivolous claims. "But I believe that we are going to start seeing gifts and callings of righteous men and women exposed to counter all of this. Gifts that have remained dormant on the inside of people are going to start rising up. People are going to start filling these positions that they never saw themselves in, doing their part to serve their country."

Boebert went on to insist that she has "good sources" who are allegedly "in very close contact with President [Donald] Trump" confirmed that what she is saying is "really good information."

She also claimed there will be mass Democratic resignations ahead of the 2022 primary which could lead to Republican lawmakers regaining control of the Senate and House. However, she offered no details about why or how this what happen or what alleged crimes could lead to such a political shakeup.

"We all know that there was information that was declassified just a few days before President Trump left office," she added. "And I know someone who is involved in declassifying that. And this person is getting very tired of waiting on the DOJ to do something about it. And we will be hearing about it very, very soon. And this is my opinion with that information that I have, I believe we will see resignations begin to take place. And I think we can take back the majority in the House and the Senate before 2022 when all of this is ended."

It did not take long for social media users to weigh in on Boebert's latest conspiracy. The Colorado lawmaker's name is now circulating on Twitter as users express concern about her seemingly delusional claims. Some Twitter users even urged Boebert to kick off the so-called mass resignation by submitting her own letter of resignation.

When will her republican caucus provide an intervention for her and get her desperately needed psychological help?… https://t.co/idCEyBZMbq
— Jillybean614 (@Jillybean614)1616209177.0

Let's start with Rep Boebert's resignation for being unqualified! What a complete and utter fool! ~Rep. Lauren B… https://t.co/kB9KyFWvAq
— Pamela Williams (@Pamela Williams)1616212055.0

Boebert is still standing by her claims despite the concerns about her mental health and the calls for her own resignation.