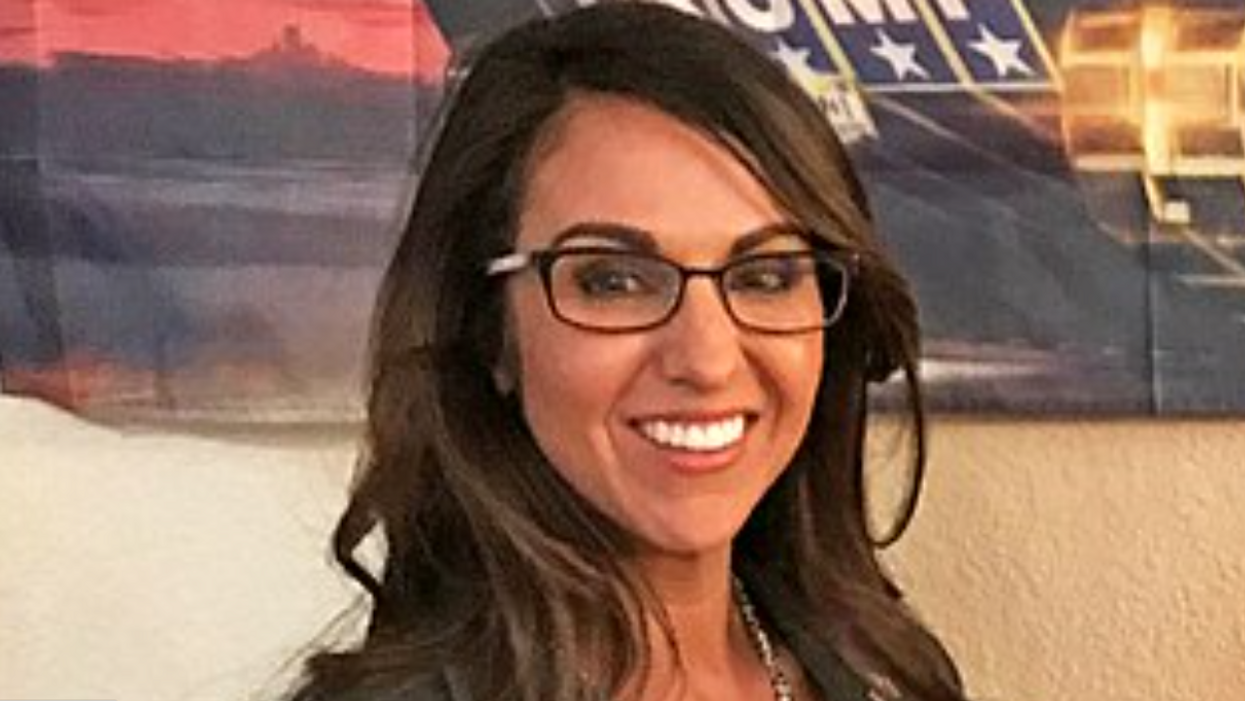 When Rep. Lauren Boebert's (R-Colo.) compelling story to explain her gun rights advocation has been dismantled by fact-checkers who are now offering clarity on her claims.

The Washington Post has given Boebert three Pinocchios after uncovering hard facts about her claims. On multiple occasions, Boebert, who became a popular name among conservatives due to the gun-friendly policies in place at her restaurant in Shooters Grill of Rifle, Colo., has insisted that a fatal altercation outside of her restaurant led to her decision to carry a firearm and allow her staff to also do so.

In a previous tweet, Boebert said, "After a violent incident outside my business, I took advantage of Colorado's open-carry laws and began to carry at work."

Reiterating those same remarks, Boebert appeared at the Conservative Political Action Conference (CPAC) where she alluded to the story again on February 27 saying, "Shortly after we opened our restaurant, there was an altercation where a man was beat to death … outside of my restaurant, beat to death by another man. No weapons. And I immediately wondered, how am I going to protect everyone?"

Most recently on March 10, Boebert rehashed the story yet again. She said, "When I became a business owner, I needed to protect myself,. There was an altercation outside of my restaurant where a man was physically beat to death. There were no weapons involved. He was beat to death by another man's hands."

Despite referencing the incident on multiple occasions, the publication has unearthed "raw investigative files" complied by the Rifle Police Department's fact-checker which proves Boebert has not been completely truthful about what happened on that fateful night.

According to the report, Boebert's claims about the man who was allegedly killed outside of her restaurant are "mainly fictional." The report notes that investigators determined the man, identified as Anthony Green, "had been briefly involved in a fight, possibly related to a drug transaction."

Witnesses also revealed, "Green had fought with a man who had a prosthetic leg, which then fell off." One witness confirmed, Green "duked that guy out." Initially, the fight raised suspicions about the possibility of Green's death being a homicide, but after gathering more evidence, investigators determined that may not have been the best categorization.

"Investigators interviewed witnesses and collected evidence, the possibility of murder quickly appeared remote. Green had a gash on the head, but that appeared to be from a fall. There were no obvious injuries to his abdomen. In his pocket, he was carrying a glass pipe that was filled with the residue of methamphetamine."

The final autopsy report led to the discovery of methamphetamine in Green's system. The forensic pathologist Robert Kurtzman also determined that "postmortem examination of the decedent revealed superficial abrasions consistent with a fall."

Kurtzman also made it clear that "the abrasions were not associated with any internal injury, whereas 'methamphetamine is known to cause sudden death and abnormal behavior.'"