Here's the underlying problem in American debates about immigration 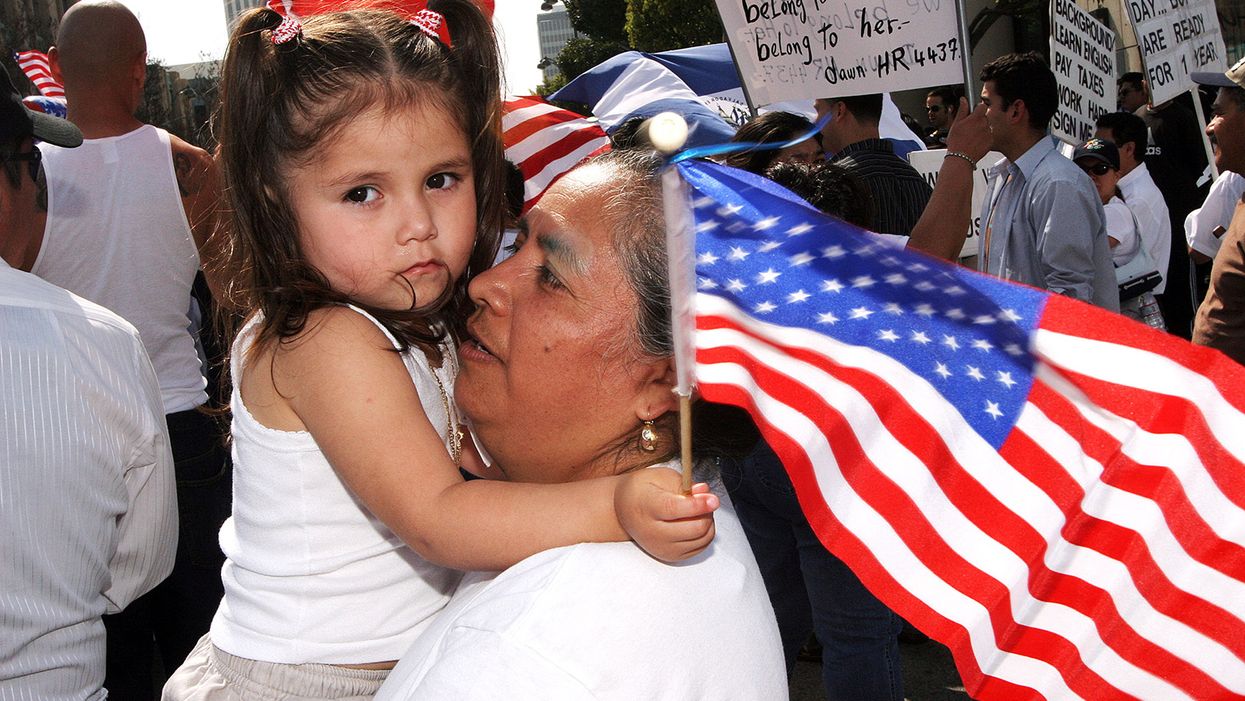 The immigration system has always struggled to maintain a balance between America's image as a nation of immigrants and its image as a nation of laws. While contemporary Democrats prefer the former, Republicans prefer the latter. Amid that balancing act, the US continues facing cyclic influxes of undocumented immigrants across its porous southern border, driving the country into periodic spasms of crisis.

Furthermore, migration patterns in and out of the country have changed over time, bringing new challenges to an already outdated immigration system. In the past, the majority of arrivals were Mexican. Since 2013, however, the number of Mexicans has dropped. More are returning than coming into the US. The years following the Great Recession, in fact, marked a period of overall decline in unauthorized immigration.

Arrivals peaked in 2014. Most were unaccompanied children from Guatemala, Honduras, and El Salvador, who were fleeing poverty, violence, and political and economic crises. The numbers overwhelmed shelters. The government held them in temporary accommodations for extended periods while pursuing mass deportations. That drew criticism from activists, especially regarding the treatment of minors.

While the Obama administration pursued compromise with the Republicans to bring lasting change to the system, GOP obstructionism proved more resilient. Eventually, the president had little choice but to go it alone. The DACA program was born of this necessity after the Dream Act failed to pass the United States Senate. Though DACA has faced repeated challenges, it has managed to survive while continuing to face legal threats from continuing lawsuits introduced during the Trump administration.

Donald Trump promised, as a candidate, to follow the same steps of Presidents Bush and Obama. As president, however, he took a zero-tolerance approach that added more stress to an already chaotic and outdated system. Whenever Democrats criticized his child-separation policy in 2018, Republicans argued that Obama did it too.

Although there are similarities between approaches, particularly in holding them in detention centers for prolonged periods, there is a clear difference. While Trump based his policy on family separations, Obama did not. Trump used any leverage, from executive orders to the courts, to stop immigrants from coming into the country, even those legally immigrating, and he used a child-separation policy as a deterrent.

The underlying problem is this. In the absence of a more appropriate legal framework, the obsolete nature of American immigration system has relied on a patchwork of temporary measures that have become permanent due to the inability of the parties to come up with a bipartisan agreement on the much-needed immigration reform.

The bipartisan process in dealing with immigration has been the same for years. Democrats are hopeful of an overhaul while Republicans avoid any compromise that includes a path to citizenship. The fact that any solution, even one considered to be broad, will never be enough nor satisfy both parties, explains the current stalemate.

On the one hand, Republicans have conditioned agreement on not only reinforcing immigration laws (and eliminating the loopholes), but on restrictions to legal immigration. On the other hand, Democrats seek an ambitious project to overhaul the system, including a pathway to citizenship for more than 11 million undocumented immigrants, starting with the House approval of two separate bills that are aimed at protecting DACA and TPS recipients, as well as undocumented migrant farm workers.

Democrats should not count on Republicans to fix the system. They don't want illegal or legal immigration. If Democrats want change, they will have to do it themselves.

The Republican Party doesn't seem to be interested at all in a comprehensive solution. Even though Senator Lindsey Graham supports a path to citizenship for Dreamers, it is still unclear if there will be 60 votes in the Senate, although Graham's counterpart Dick Durbin, the other co-sponsor, says there are positive signs.

The current migrant influx at the border—"the crisis," according to Chuck Todd—is the result of months of blocking asylum-seekers from petitioning. These people are exercising the human right to seek asylum denied under the Trump administration.

Biden has acknowledged there were mistakes made during the Obama years. This "border crisis" might look like an opportunity to attack his administration in the midst of the undeniable success with the American Rescue Plan Act, and the COVID-19 vaccination roll out. But his party will not accept a return to the status quo of the Obama-Trump era, and if Republicans overplay their hand, Democrats will be left with no choice but to push Biden to issue drastic measures to ease the chaos at the border.