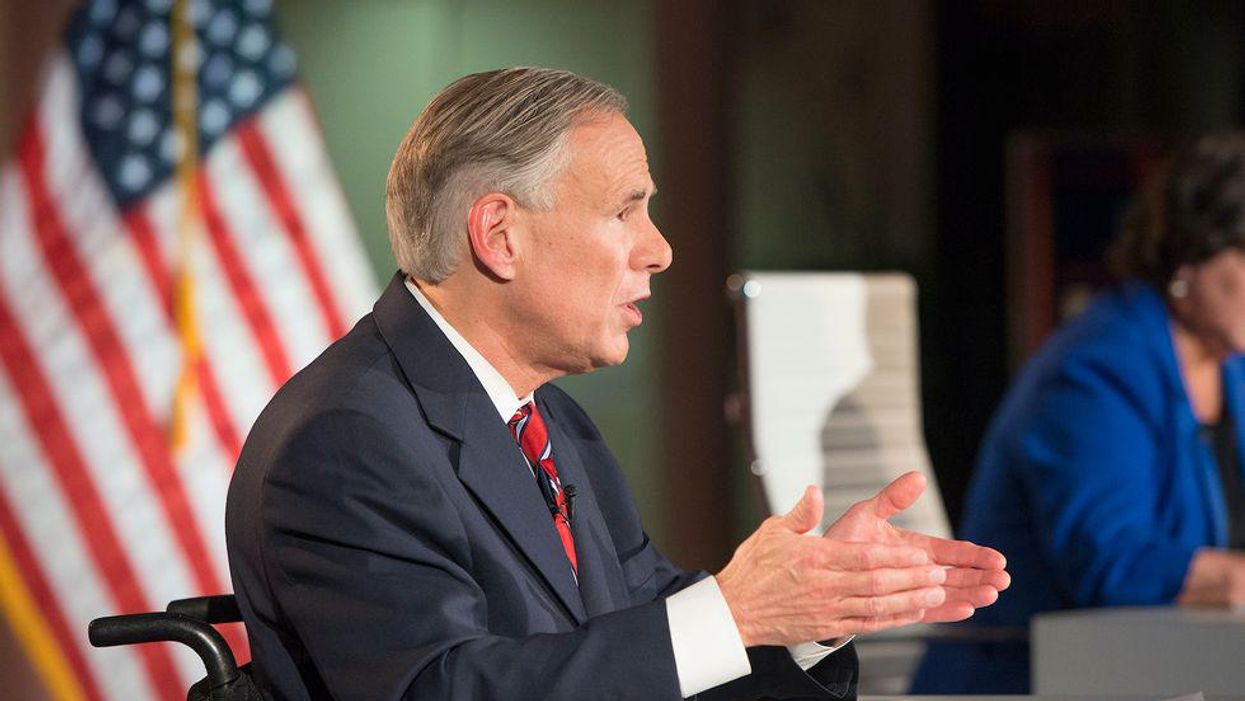 Texas Gov. Greg Abbott (R) is facing backlash after insisting the Biden administration is to blame for the unsafe living conditions at a migrant facility for minors.

On Friday, March 19, the Texas governor sounded off about the problems in Midland, Texas, as he discussed the water quality issues at the facility.

During an interview on Fox News, he noted that the water crisis could be attributed to a number of things, including arsenic. "There's no telling what could be in [the water], including the possibility of arsenic, so the Texas Commission on Environmental Quality is evaluating the water, the running water," the Republican governor said. "So there is no viable, usable running water at the location in Midland."

He went on to discuss the COVID outbreak at the facility saying, "On top of that, more than 10% of the migrants at the Midland location have tested positive for COVID-19."

Abbott also took to Twitter with a copy of the letter he penned addressing the water crisis and COVID outbreak at the migrant facility as he noted his concerns about the United States' open border policies.

The Biden Admin. has turned a humanitarian crisis into a complete disaster.

One location where migrants are housed has no clean running water & has a massive Covid outbreak.

Another location also has a massive Covid outbreak.

The governor's remarks come just weeks after the state faced massive power outages and water advisories due to its failing, unregulated power grid. Although the current water crisis may not be directly related to the disastrous winter storm, Abbott is being criticized for his own failure to plan accordingly. Where the COVID-19 outbreak is concerned, previous efforts were made by the federal government to mitigate the spread of the virus among immigrants.

In fact, at the beginning of the month, Abbott also came under fire for stalling the Biden administration's efforts to provide federal funding that would have made provisions for migrants to be tested for COVID-19.

At the time, a Department of Homeland Security (DHS) official shared details about their proposed plans to assist cities and counties with migrants and mitigate the spread of the coronavirus.

DHS has already set plans in motion to use Federal Emergency Management Agency funds to support community efforts to test, isolate and quarantine migrants released from Border Patrol custody, the official told CNN. But the grant money needs to be approved by the state before it can be distributed to border communities. CNN previously reported plans were underway to use FEMA funds to help localities acquire tests.

Social media users have also fired back at the governor for the series of problems the Republican-run state has faced over the last several weeks. One Twitter user wrote, "Let's talk about how that humanitarian crisis was created, shall we? Or how little you've done as a governor to help with it. How you've even exacerbated it. Children have died."

Let's talk about how that humanitarian crisis was created, shall we? Or how little you've done as a governor to help with it. How you've even exacerbated it. Children have died.
— Quiddity Works for Change (@QuiddityJones) March 19, 2021

What did the Republicans do to resolve the immigration issue on the southern border? Absolutely nothing.
— Mark James (@MarkJam92731126) March 19, 2021

Abbott has reportedly launched an investigation into the water crisis in Midland, Texas.