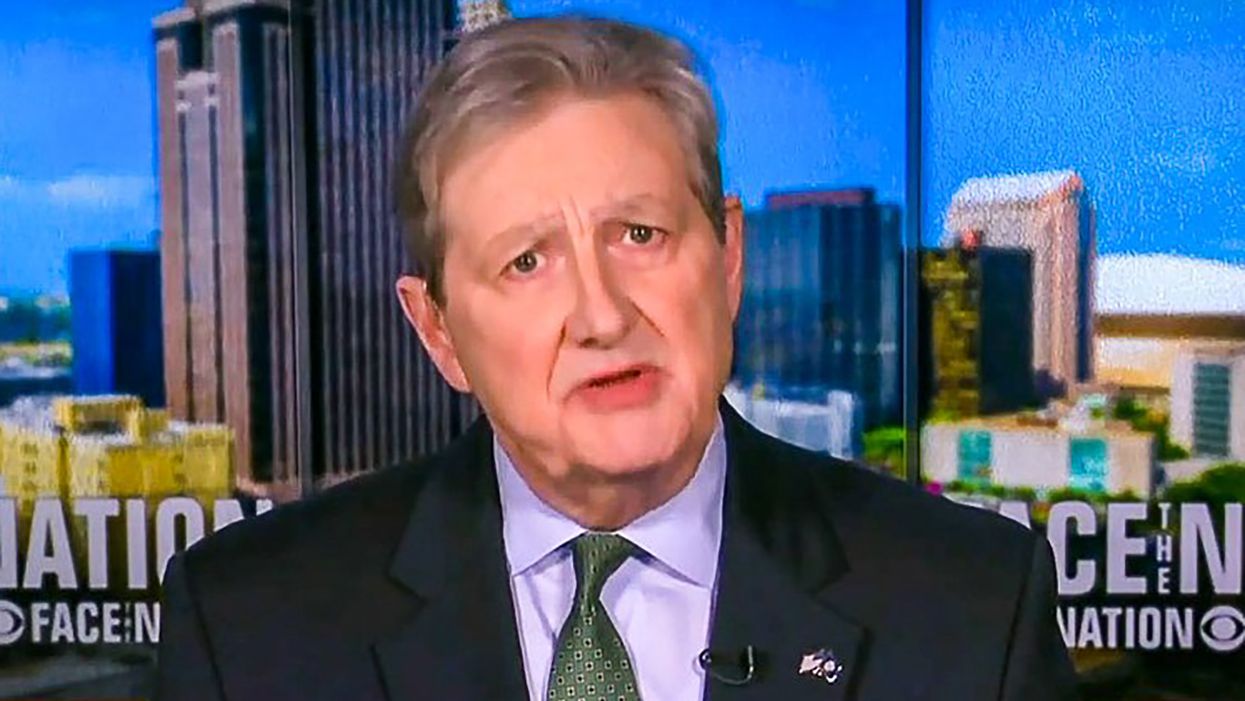 As Democrats worked to pass the $1.9 trillion dollar stimulus package and provide direct financial help for American workers, Republican lawmakers were focused on a bill that could only serve as an asset for the top 0.01% of

On Tuesday, March 9, Sen. John Kennedy (R-La.) released a statement about the bill proposed by himself and Sen. John Thune (R-S.D.), which has already been co-sponsored by 24 of their Republican colleagues in the Senate.

In the statement, Kennedy claimed "The death tax is lethal to many family-run businesses and farms. Louisianians shouldn't lose a legacy of family work to a punishing, illogical tax burden. By ending the death tax, we can make it easier for families to pass their farms and businesses to the next generation."

Thune also expressed concern about the current death tax rate which he believes is "unfair."

"I've fought hard to repeal the onerous and unfair death tax since I came to Washington, including by leading the effort in 2017 to protect more farm and ranch families from it," the South Dakota lawmaker said.

He added, "Family-owned farms and ranches, like those in South Dakota, can bear the brunt of this tax, which oftentimes makes it difficult and costly to pass these businesses down to future generations. Agriculture is our state's top industry, which is why I remain committed to removing roadblocks for these family businesses, and we can start by repealing the death tax once and for all."

Although Republicans have billed the proposed piece of legislation as "helpful for families," TruthOut offered a breakdown of the current federal estate tax rate while highlighting just how few Americans will benefit from the cut:

"The federal estate tax's current top rate is 40 percent, but thanks to exemptions that grow every year, an estate in 2021 would have to be worth $11.7 million for individuals and $23.4 million for married couples before the estate tax kicks in. The exemption was previously around $5 million but was doubled by then-President Donald Trump in 2018.

Because the threshold is so high, an estimated less than 0.1 percent of estate tax returns will pay the federal estate tax for 2020. In other words, Republicans are fighting for a repeal of a tax for the richest 0.1 percent of dead people."

Despite Republican lawmakers' arguments, progressive Democrats have been working to incorporate a wealth tax on America's ultra-affluent community in hopes of achieving a number of goals including leveling off the financial playing field and raising more funds for the federal government. Both actions could subsequently help to close the widening wealth gap over time. Los Angeles Times business reporter, Michael Hiltzik, has also pushed back against Republicans' efforts.

"Couching the estate tax repeal as a benefit for America's valiant business and farm owners is a scam. The largest category of assets in estates by far is publicly traded stock," Hiltzik said. "Repealing the estate tax would be a massive handout to rich families, enabling them to concentrate their wealth to an extent the Founding Fathers found inimical to society."