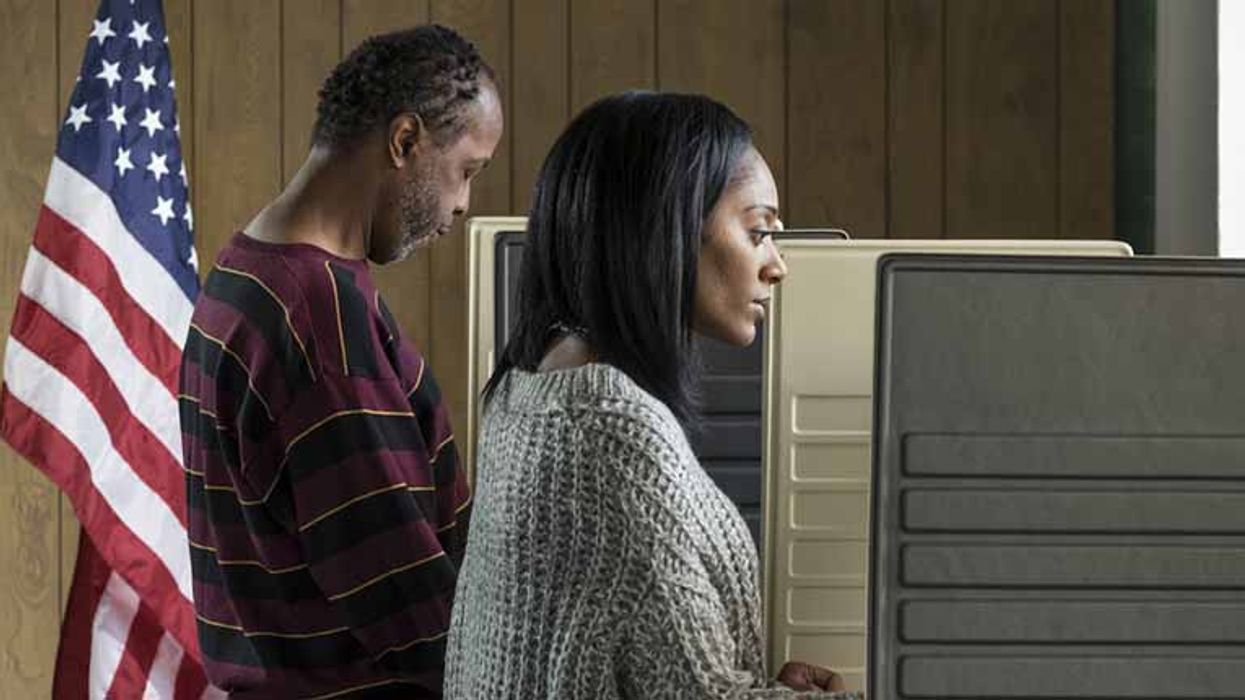 Speaking of her Republican colleagues, state Rep. Kimberly Alexander (D-#66) said after the House vote that GOP lawmakers "are trying to change the rules of the election here in Georgia, rules that you wrote, because you were handed defeat."

"You know that your only chance of winning future elections is to prevent Georgians from having their votes counted and their voices heard," Alexander told the Atlanta Journal-Constitution.


Alexander's remarks were echoed by Aklima Khondoker, Georgia state director at the advocacy group All Voting is Local, who said in a statement that "these new bills are a reprehensible power grab that were rushed through committee and never intended to solve the real issues that plagued our elections like long lines, machine malfunctions, and staffing scarcities."
"Georgia voters turned out in November and January, making their voices heard through ballot drop boxes, expanded absentee voting, and increased early voting hours," added Khondoker. "That increased access empowered voters to change Georgia's political landscape, and now, the legislature is trying to ensure it never happens again. Georgians must have the freedom to vote in the way that works best for them."

Aunna Dennis, executive director at the progressive watchdog group Common Cause – Georgia , said in a statement that "Georgia Republicans didn't like the results of the 2020 election so they decided they would try to dictate who they will let vote and who they won't let vote." Dennis continued:

Republican legislators have deliberately targeted Black and brown Georgians with a disgraceful string of bills that harken back to the dark days of Jim Crow in Georgia. If anyone has any doubts whatsoever about the racial targeting of this proposed legislation they need look no further than its ban on weekend early voting which will end Souls to the Polls, the longstanding tradition of Black congregations in Georgia going to vote after Sunday services...

The process of jamming these voter suppression bills through the Georgia House and Senate has been a travesty. Changes were being introduced right through the weekend and the opportunity for public input was woefully insufficient. And remarkably, the whole process was based on a lie that GOP legislators themselves perpetuated. They lied to their supporters about the result of the election and then used the doubts sown by those lies as justification for this strongarm attempt to install minority rule by keeping thousands of Georgians from voting.

Sherrilyn Ifill, president and director-counsel at the NAACP Legal Defense and Education Fund, tweeted that the Lewis resolution's passage "won't, but it should, shame those so hell-bent on passing voter suppression bills in Georgia right now."