Why Joe Biden is driving the media crazy 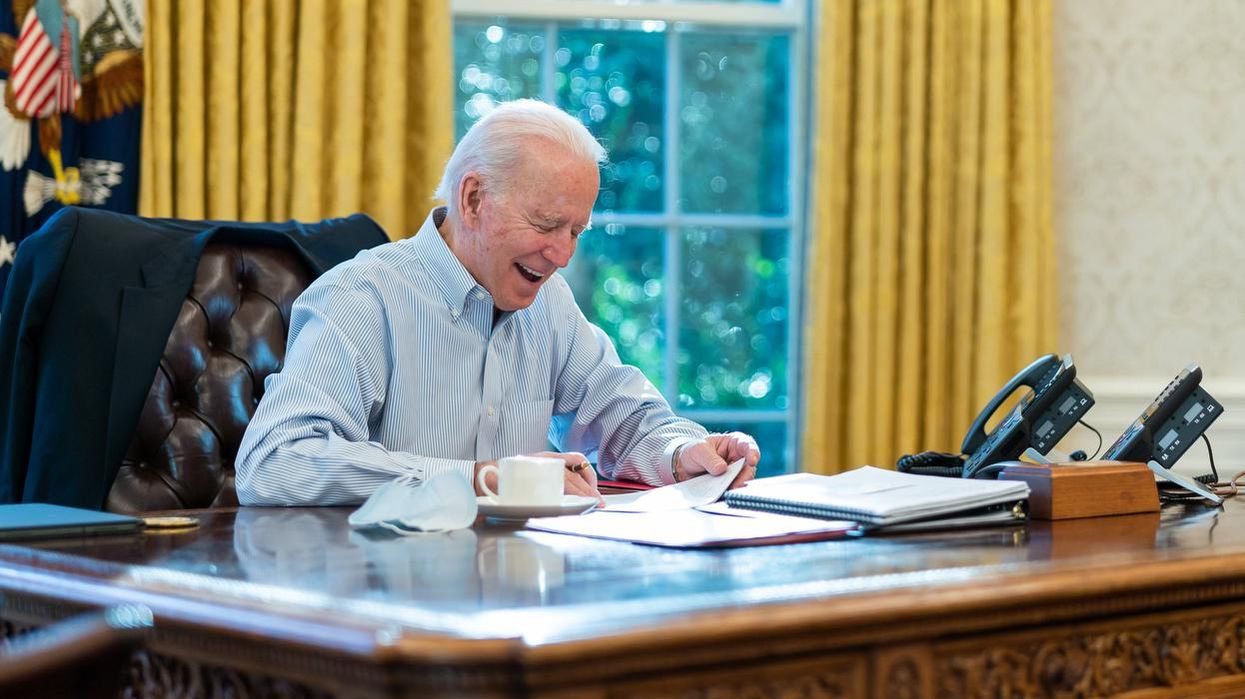 After years of relentless reality show antics caused by Donald Trump, the latest word in the cable news discourse is that President Joe Biden is boring. He spends all his time doing policy work and his press engagement is a total snoozefest, with nary a single unhinged rant in front of buzzing helicopter blades. And the mainstream press is starting to get annoyed by it.

Last week, the Washington Post editorial board complained, "Avoiding news conferences must not become a regular habit for Mr. Biden," even while grumpily admitting that, unlike Trump, Biden's White House has daily press briefings that "are informative, not forums for White House lackeys to attack journalists." Over the weekend, the clamor for press conferences featuring Biden himself grew louder, with members of the White House press corps such as Jonathan Karl of ABC News admitting that "reporters like press conferences and will always demand them" while insisting "press conferences are for the public's benefit." Peter Baker of the New York Times then picked up the baton:

It all sounds very noble until one remembers that the press is comparing Biden disfavorably to Trump, who literally incited an insurrection only two months ago, and is benefiting handsomely from mainstream media worried more about counting press conferences than about the ongoing national instability caused by an increasingly radical right.

Trump loved making himself available to the press, due to his severe personality disorder driving him to thrive on attention and conflict. No one can honestly say that led to anywhere good. Perhaps that's why on social media there was a great deal of skepticism of demands for more press conferences featuring Biden instead of his wholly competent (yet also boring) press secretary, Jen Psaki. Many folks — including many journalists — appeared to believe that the press is less interested in asking Biden substantive questions, and more interested in trying to corner him with fatuous bait about Dr. Seuss or Mr. Potato Head or "cancel culture" or whatever other trollish inanities are being favored by the Fox News crowd these days.

And sure enough, Mike Allen of Axios proved the point by complaining on CNN that Biden was keeping his nose out of the ongoing controversy around Democratic Gov. Andrew Cuomo of New York, who has been accused of sexual harassment by multiple women.

To be certain, sexual harassment is a serious issue. However, New York Democrats are doing just fine calling for Cuomo's resignation on their own. It's clear that Allen is less interested in Biden's opinion out of a noble desire to end the scourge of sexual harassment and more out of a salacious desire to stoke intra-party conflict among Democrats. It's worth remembering that reporters let Republicans slide for years in their support for Trump, who is on tape bragging about sexual assault, mostly because it was understood that Republicans would stay united behind the belief that sexual abuse is no big deal. As media critic Eric Boehlert noted in the Monday edition of his newsletter, the press is "creating conflict and controversy where none exists," to the point of absurdity with stories about Biden like when "the New York Times dinged him for being out of touch with voters because of the expensive watch he wears, and the exercise bicycle he uses" while workers were still cleaning up damage to the Capitol from Trump's insurrection.

One person who very much agrees with the mainstream journalists complaining about Biden's terminal boringness is Sen. Ted Cruz, R-Tx., who shared a meme on Twitter over the weekend describing the president as "boring but radical." Radical, of course, is the conservative code word for any Democratic policy that is actually enacted, no matter how mainstream or uncontroversial. Which are two words that perfectly encapsulate Biden's recently passed American Rescue Plan, which polls show ranges from 61% to nearly 70% approval with voters. But mostly this was Cruz, like the mainstream journalists he claims to oppose so much, trying to bait Biden into being a little less of a boring bureaucrat.

Cruz, of course, is very much the opposite of Biden. He loves trolling for attention and getting into petty culture war fights, but doesn't so much like doing the actual job of governing, which is why he didn't think twice about abandoning Texas for a Cancun vacation during the winter storm crisis last month. Cruz tried to slot the Cancun story into the "inane bullshit" category, even though there were legitimate policy concerns around his global warming denialism and his support of deregulation, which contributed to the crisis. But his whining about Biden being "boring" exposed the reality, which is that Cruz — and Republicans in general — are the ones who benefit when the media focuses on silly non-controversies, instead of on important-but-boring policy concerns.

Republicans know full well they lose any debate that's focused on actual policy, which is why the party didn't even bother to have a platform during the 2020 election. So Republicans are desperate to make the topic du jour about anything but policy, grasping desperately at Potato Heads and Dr. Seuss, so they don't have to talk about their opposition to efforts to end the pandemic and restore the American economy.

Biden's refusal to take the bait helps cut off oxygen to such bullshit.

The Dr. Seuss story, for instance, is already running out of steam because Biden isn't on hand to give quotes for Fox News to pretend to be offended by. Republicans are nothing but trolls these days. There are plenty of people on hand who can handle the fake outrage about children's toys and "cancel culture" without wasting Biden's time. For his purpose, Biden's smartest move when dealing with trolls is not to feed them.

To be certain, the idea that the president should do more press conferences sounds good and reasonable in the abstract. In our current climate, however, there's a serious need for everyone — politicians, pundits, journalists, even news consumers — to detox after years of Trump's roller coaster of manufactured drama.

Trump turned governing into a reality TV show akin to "The Apprentice." Turning it back into a real government may just depend on Biden's ability to stop feeding the beast. There is no reason to think Biden will hold out on press conferences forever, but by keeping them lean and mean, he can hopefully train the press to focus on issues that matter instead of wasting everyone's time with "gotchas" and right wing-generated nonsense.