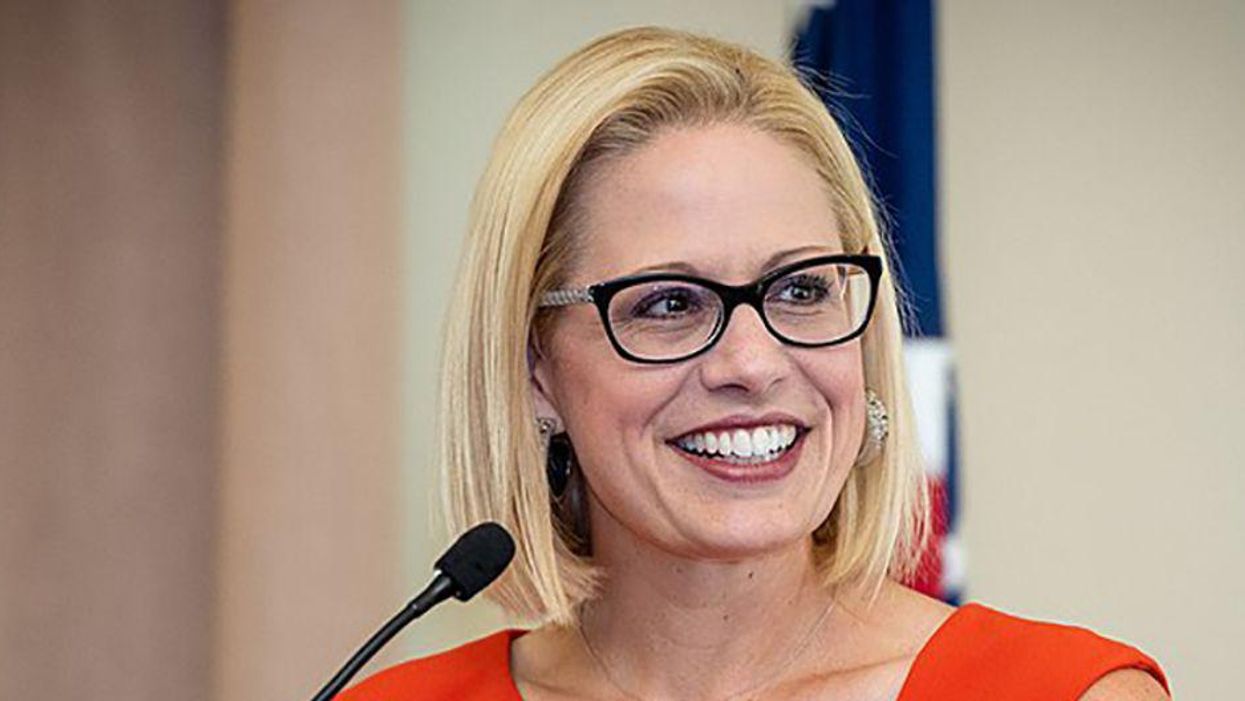 A group of organizers for Arizona's Democratic Party is pushing back against Sen. Kyrsten Sinema's (D-Ariz.) ongoing support of the Senate filibuster amid intensifying calls from progressives who believe the parliamentary procedure should be overhauled or abolished.

"Now that our first opportunity to deliver real change for Arizonans has finally arrived, Senator Sinema has signaled that she may sacrifice much-needed progress in order to keep the filibuster in place," they wrote.

The group noted that Sinema, who is one of two Democratic lawmakers in support of the filibuster, has "the power to stop this."

They wrote, "If a majority of senators agree to reform the current rules, they can go back to the way the Senate was supposed to work – where any legislation that gets a majority of senators on board can become law," adding, "Yet as of this writing, she has remained steadfast in her support for the same legislative tool used to preserve segregation and to stymie any real change under President Obama."

Rigby and Linnehan went on to express concern about Senate Minority Leader Mitch McConnell's continued efforts to stall legislation and Senate business. Although McConnell on Tuesday warned that filibuster reforms could lead to "a sort of nuclear winter," the group recalled the former Senate majority leader's efforts to "bury nearly every major initiative" of former President Barack Obama.

"Now, despite Americans voting for Democrats to control the presidency, the House, and the Senate, McConnell is preparing to attempt the same gambit to stop Joe Biden's legislative agenda," they wrote.

If the filibuster is reformed, the group believes that "the next two years could be filled with truly historic progress."

"All of this progress would bring us closer to the world that Arizonans envisioned when they elected Kyrsten Sinema to the Senate in 2018," they added."We strongly urge her not to squander this moment to protect a rule as antiquated and arcane as the filibuster."

The group concluded by asking Sinema to support the dissolution of the "antiquated and arcane" filibuster.

"Senator Sinema has an unprecedented opportunity to follow through for the people who gave up so much to get her into the Senate chamber," they wrote. "We strongly urge her not to squander this moment to protect a rule as antiquated and arcane as the filibuster.

The op-ed was co-signed by more than two dozen members of the Arizona Democratic Party's organizing staff.