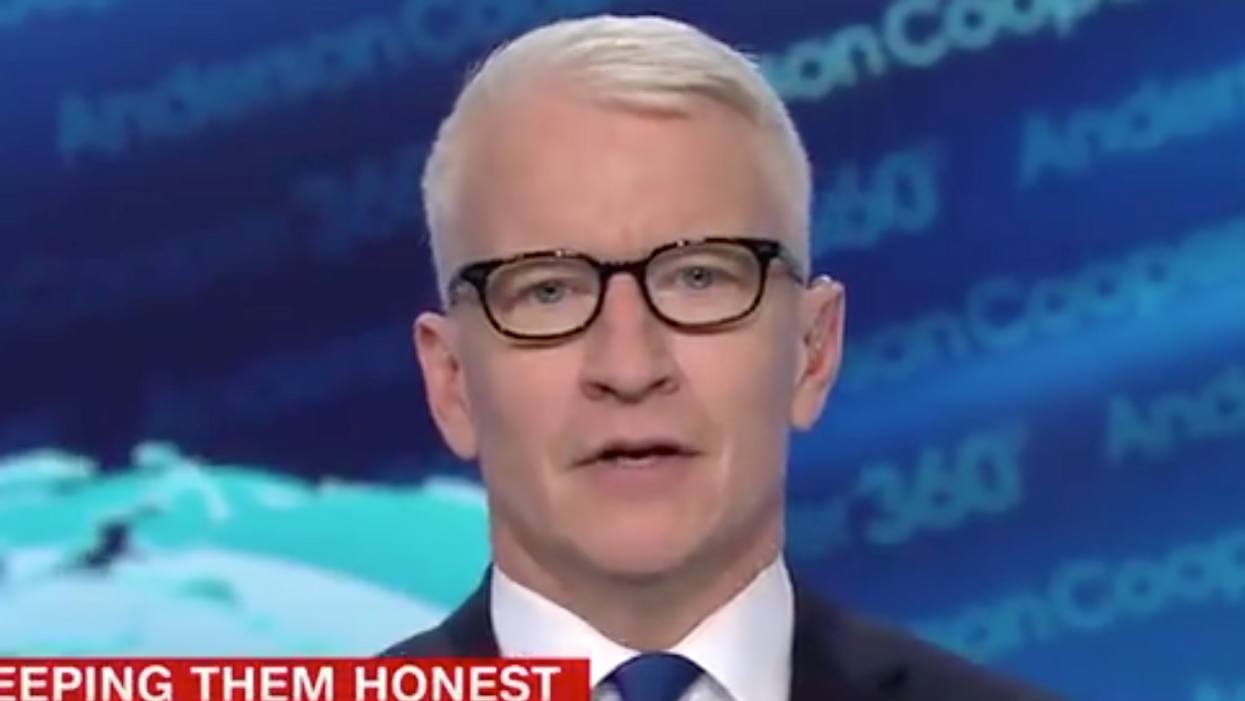 CNN
'We are not in kindergarten': CNN's Anderson Cooper rips Trump for making fun of the Secret Service director's ears
Meaghan Ellis
March 13, 2021

CNN's Anderson Cooper admitted that former President Donald Trump does deserve some credit for expediting the coronavirus vaccine with the incorporation of Operation Warp Speed. However, there is one condition he must also accept in order to receive credit for the work he did.

On Friday, March 12, Cooper claimed that "if the former president wants any credit for that, which he certainly deserves, he also has to accept responsibility for the failures of his administration, which were many on testing, prevention, leadership which contributed to the sickening death toll," reports HuffPost.

Cooper went on to explain why Trump's acknowledgment of the good and bad is essential. Although Trump caused a months-long uproar after losing the election to President Joe Biden, Cooper noted that the irony is that the former disgraced president would "likely have won reelection in a landslide" if he had just taken the virus seriously.

However, he noted that "instead he made recognizing the very existence of a killer virus a test of political loyalty."

The news anchor noted that Trump even misused his own COVID-19 experience as he noted how the former president turned his own health scare into "another chance to teach all the wrong lessons."

Cooper added, "Think about that. Without a vaccine, modeling safe behavior is all you can do. Yet he did the opposite. All the time. And reveled in it."

Cooper's latest remarks come just months after the chaotic COVID rollercoaster created by the Trump administration. As the coronavirus ravaged the United States, Trump and his White House officials worked to obscure data, condemn masks and politicize the pandemic while downplaying the severity of it.

As of Saturday, March 13, nearly 30 million cases of coronavirus have been confirmed in the United States as the death toll approaches 544,000.