This trucker thought COVID would 'disappear' after the election. Now he'll be on oxygen the rest of his life 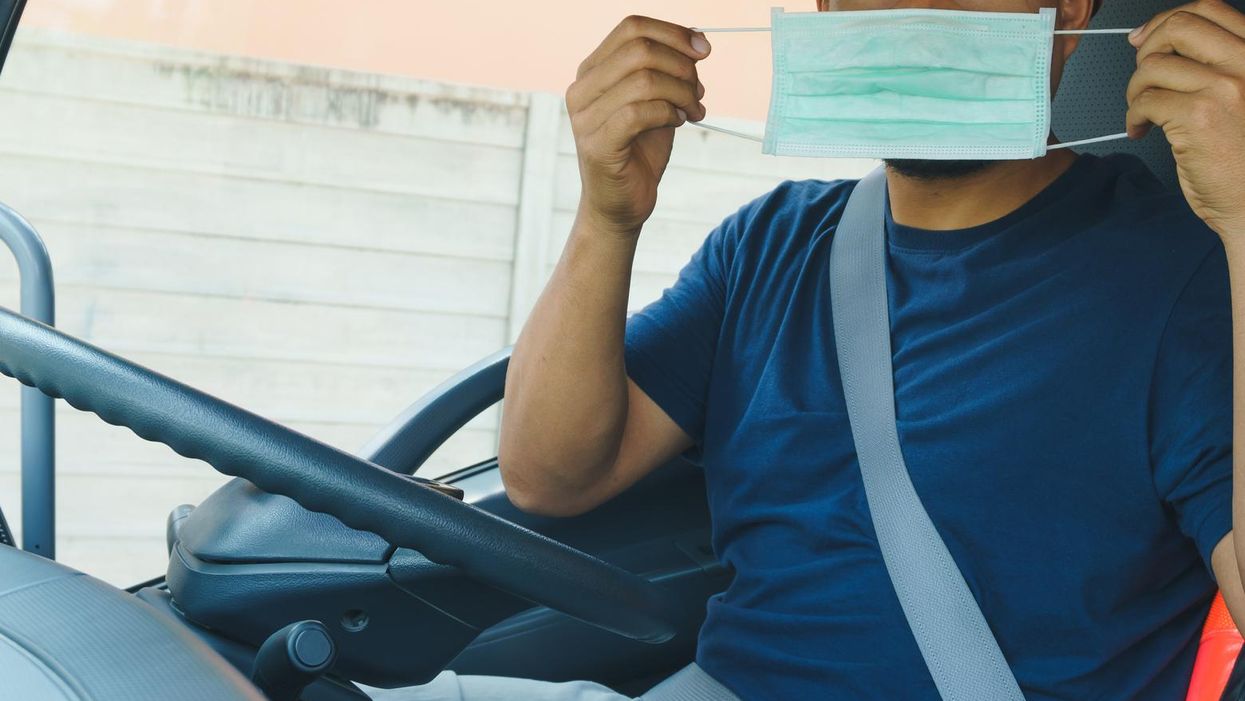 In an interview with the Idaho Statesman's Audrey Dutton, 63-year-old long-haul trucker Paul Russell admitted his career is over because he didn't take the COVID-19 pandemic seriously, believing it would simply disappear after the November election.

After contracting the virus and nearly dying, he now admits he was a "jackass" who will have to spend the rest of his life on oxygen due to the damage inflicted on his body by the novel coronavirus.

According to Russell, he wasn't taking precautions on a trip from Florida back to Boise -- with a stop in Houston -- when he thinks he was infected and felt ill before he got home.

Speaking with Dutton he recalled, "I didn't know if I was infected with COVID or what. My buddy was about an hour behind me. He caught up with me in Twin Falls. … He told me I didn't look very good at all."Russell explained that he holed up in a trailer to protect his wife, adding that he felt "really, extremely miserable" before he had to be taken to a hospital in Boise where he spent 16 days, including four or five days -- he described the time as a "blur" in intensive care receiving oxygen.

Now he claims, "I'm gonna be on oxygen the rest of my life, according to my doctor."

The Idaho man faults himself for getting sick one week after the election, saying he bought into conspiracy theories about the coronavirus.

"Before I came down with the virus, I was one of those jackasses who thought the virus would disappear the day after the election. I was one of those conspiracy theorists. All these people that are saying that it's fake, blah blah blah, they're lying to themselves," he said.

Prior to the election, then-President Donald Trump wrote on Twitter that "you won't be hearing so much about" COVID-19 after November.

His son, Eric, had also claimed on Fox News that the coronavirus would "magically, all of a sudden go away and disappear and everyone will be able to reopen" after election day.

Russell suffers from "foggy memory" now and sometimes has trouble speaking he told the Statesman's Dutton. She added that he still feels the after-effects of his infection which include, "pain in different parts of his body. He has dizzy spells. His heart races when he gets up to do anything."

Russell summed up his condition in his interview, telling the reporter , "Life is no good right now. Except for one thing: I'm alive."