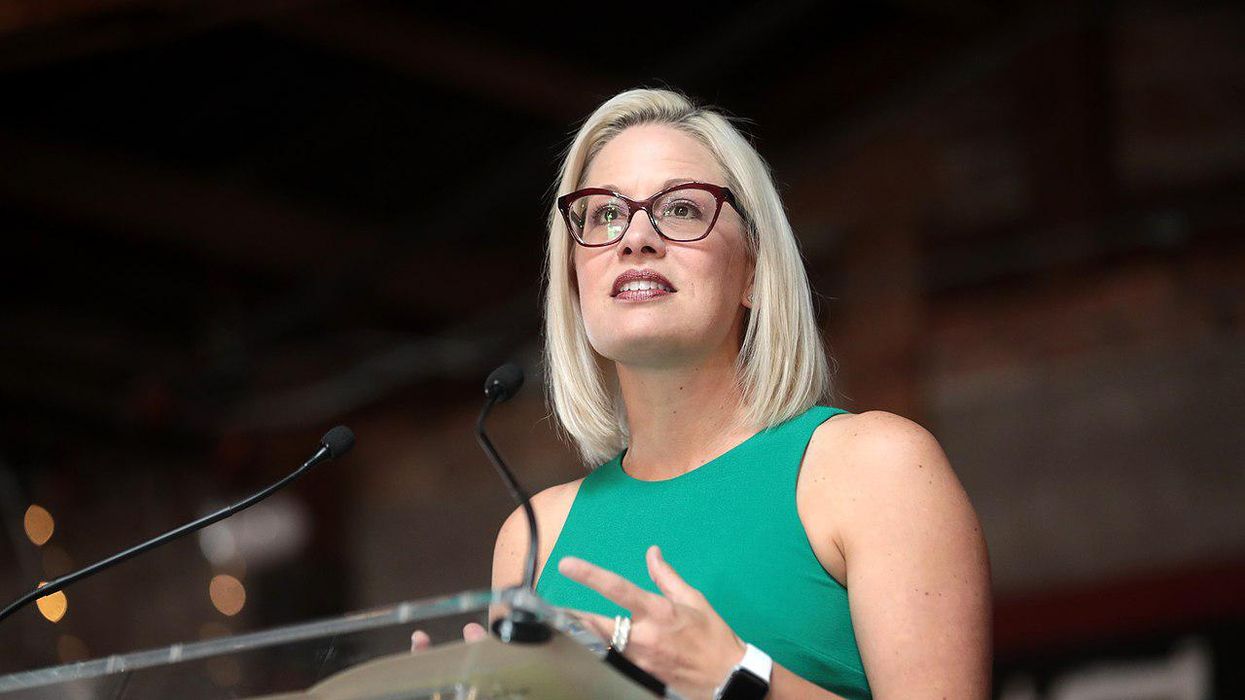 Although the progressive wing of the Democratic Party has been increasingly vocal in recent years — with Rep. Alexandria Ocasio-Cortez and her allies fighting for a sequel to the New Deal and the Great Society — the Party's centrist wing hasn't disappeared by any means. Two of the most centrist Democrats in the U.S. Senate are Virginia's Joe Manchin and Arizona's Kyrsten Sinema, who are the focus of a CNN article written by Kevin Liptak, Lauren Fox and Kaitlan Collins and published this week.

According to the CNN reporters, Manchin and Sinema have helped fellow Democrats get through some "difficult stalemates" in the Senate. But at the same time, they are frustrating the more progressive members of their party by siding with Republicans on some key votes.

"Sinema and Manchin, both defenders of the Senate as an institution, have helped their party's leadership navigate through difficult stalemates with Republicans in recent weeks," the CNN reporters explain. "Their shared opposition to eliminating the filibuster helped to finally get Republicans and Democrats to agree to an organizing resolution that allowed Democrats to take control of committees after they'd won the Senate."

Progressive Democrats have recently been frustrated with Manchin and Sinema for their opposition to including a $15-per-hour minimum wage in a COVID-19 relief package. And Manchin has announced that he will not vote to confirm Neera Tanden, President Joe Biden's nominee to head the Office of Management and Budget.

Tanden has been drawing criticism from Senate Republicans for some past tweets attacking Republicans, inspiring many Democrats to respond that those same senators were silent when Donald Trump posted one inflammatory tweet after another during his four years in the White House.

Sinema, who has not said how she will vote on Tanden's nomination, is the type of Democrat who would probably fit right in with some of Europe's conservative parties — although she is way too moderate for today's far-right GOP. The Arizona senator has praised the late Republican Sen. John McCain as her political hero, and like McCain, she has been a maverick in her voting record.

Sinema voted "guilty" during both of Trump's impeachment trials, and she voted against confirming Justice Amy Coney Barrett to the U.S. Supreme Court. However, she voted in favor of confirming William Barr as U.S. attorney general in 2019. And she has made it clear that although she supports the Affordable Care Act of 2010, a.k.a. Obamacare, she opposes the type of government-operated Medicare-for-all program favored by progressive Democrats. Sinema told the Arizona Republican that with Obamacare, her approach is to "keep the stuff that's good, fix the stuff that's not good."

In their CNN article, Liptak, Fox and Collins observe, "What (Manchin and Sinema) have in common, according to Democratic aides, is an innate knowledge of what it takes to win tough races in their states — purple Arizona for Sinema and red-leaning West Virginia for Manchin. Their politics are often a reflection of the people they represent rather than the Democratic Party base that urges them to the left. That has proved frustrating to some members of Biden's team who were counting on Democratic unity in the president's first 100 days, hoping party cooperation would swiftly move his cabinet nominees and enact landmark coronavirus legislation."