What caused the Texas disaster? Decades of Republican deregulation and 'laissez-faire run amok' 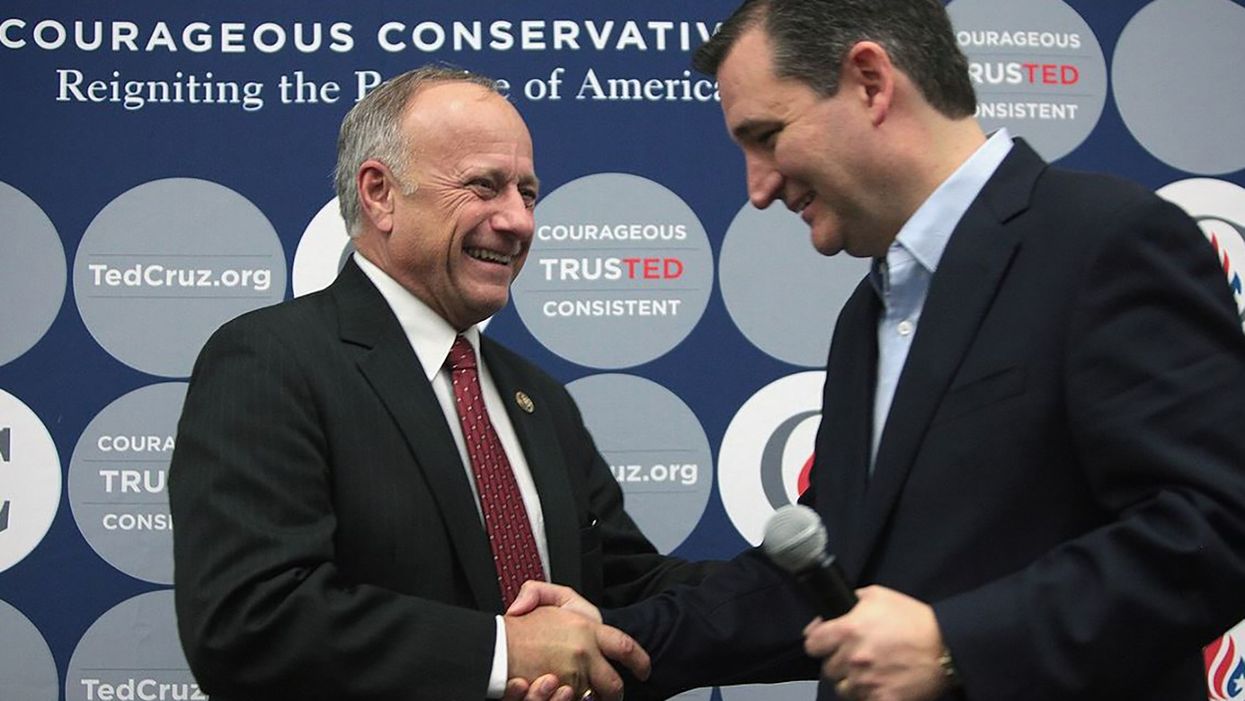 The massive energy failure that brought Texas to a halt in the middle of a record-setting winter snap this week was not an unavoidable natural disaster. It has roots in decades of deregulation driven by conservative elected officials that prized the state's rogue mythology and short-term gains over long-term catastrophic risk.

When temperatures plummeted across the Lone Star State on Sunday night, demand for heat soared. The Texas power grid, uniquely detached from the Eastern and Western national grids, faltered under the strain, forcing the state's energy regulator, ERCOT, to mandate that cities and towns cut as much usage as possible to head off a total collapse which could have left residents in the dark for months.

Much of the state's generator capacity goes offline for maintenance during low-demand winter months, and the sustained extreme temperatures knocked out critical functioning infrastructure that hadn't been winterized, creating an insurmountable deficit with no backup to speak of, either internally or across state lines. Without that headroom, the rolling blackouts enacted as a temporary measure soon stopped rolling, depriving millions of people of power during one of the bitterest cold streaks Texas has ever seen. Icicles grew on hammocks and ceiling fans. Water mains burst. Homes and apartments were flooded with numbing water. People died for lack warmth.

In a media blitz, Republican leaders, including Gov. Greg Abbott, tried to pass blame to perceived liberal enemies with baseless claims about the longtime oil- and gas-producing state's dependence on renewables like solar and wind. Those source indeed comprise an increasingly large share of the state's energy blend — a change largely driven by the market conservatives claim to love — but had little to do with the collapse, which primarily concerned the natural gas sector. Those lies also obscured a broader truth, which is that the renewables that failed did so for the same reasons that fossil fuels failed: The wishful thinking that Texas winters will always be mild, and therefore cheap.

Former Texas Democratic state senator Kent Caperton said in an interview that it's difficult to capture the full story behind the current crisis, because it has been so long in the making, and the consequences are decades removed from some of their most immediate causes.

In 1983, Caperton introduced a bill that created the Office of Public Utility Counsel (OPUC), the first state agency dedicated to representing the interests of residential and small commercial energy consumers before the courts and state and federal regulators. OPUC was a step in the right direction, Caperton said, but its ultimate aims were thwarted in 1999 when the state opened its utility markets to retail competition, which created complexities for pricing and regulation.

"It was a big deal for Texas to open up to regulation, but that didn't last. In hindsight it looks like my bill was successful, because we didn't have any major failures in that time," Caperton said. "The 1999 bill essentially allowed private providers to take over and set their own rates, and after that it seems like ERCOT has been a toothless institution. The providers have had all the control."

The trade-off, Caperton said, was wider profit margins and short-term savings — at the price of unknown long-term risks. "You might not have an event like this every 10 years, or even every 50, and it could come in the summer or the winter," he said. "But you've at least got to prepare for it, because it will happen."

In the old system, local plants generated power for local use. But in the open market, retailers purchased electricity at wholesale from generators anywhere in the state, putting a new strain on the state's power grid. Deregulation also led to a less uniform and predictable consumer base, Caperton said, which is more difficult to serve, and in recent years the state's production capacity has not kept up with demand. Texas can largely fend off blackouts in the summer because producers are at the ready to take advantage of the high rates that accompany scorching seasonal heat, but that base demand disappears in the winter, and many operators take their generators offline.

Such a system is specifically vulnerable to the kind of deep freeze that struck the state this week. Add to that the fact that Texas has uniquely refused to join the larger national power grid, which allows the state to duck federal winterization requirements while isolating it from outside support, and the stage was set for disaster.

Caperton noted that the national health care debate offered a good analogy. "You have a common need, which requires certain agreements and tradeoffs, and the state and various private interests do not want to be part of that," he said.

But former Texas Lt. Gov. Ben Barnes, also a Democrat, told Salon that the state's leadership doesn't get to hide behind the state's famous independent streak, because Texas picks and chooses what it accepts from the federal government.

"I think it's a mistake that Texas isn't connected to the national grid. We're going it alone and don't have the necessary support," Barnes said. "But we're happy to take federal regulation for other things, like our drugs and our water. Just not this."

Texas also had advanced warning for this specific scenario. In 2011, a deep freeze knocked out power to millions of Texans and triggered a review of the state's energy systems. Federal regulators recommended that private utilities take steps to insulate and winterize their production and transmission facilities. But because Texas operated on its own grid, it was free to ignore the guidance — which it did.

Deregulation did kick-start the state's wind energy industry by opening the market to new competitors, but consumer prices did not drop as planned because those competitors found it difficult to offer distinct products. On that front, the blackout offers a possible opportunity: Weatherizing windmills to sustain a long freeze, as is routinely done in colder climes around the country and the world. In Texas, natural gas picks up if wind power drops off, but the winter demand for natural gas heat had already put strain on that resource, and when those production facilities themselves froze and failed, there was nowhere to turn.

Deregulation also left state leaders flying blind through the crisis. Austin Mayor Steve Adler told Salon that neither he nor his city's community-owned utility, Austin Energy, had been able to access real-time information or state-level insight into the situation, which left as many as 200,000 of his constituents without power, a number that he said has since fallen to 50,000.

"Our power crews have been working incredibly hard this week. When the state says you have to dump power quickly, it's disruptive, and left us in a position where we weren't able to do rolling outages, so some people have gone without power here for 60-plus hours," Adler said.

"Everybody in the community is angry and frustrated, and I am too, because I can get just about as much information from the state as you can. Every one of these utilities is independently owned and operated, and the state doesn't appear to require public reporting. I would have hoped that ERCOT would have been able to give us a better read. It's frustrating not to know the details and make assessments about when the power will be back on, so we can plan, and help our community plan."

Adler also pointed to the future: "We don't have a system hardened to withstand a long period of time in these extreme temperatures, and it's happening every 10 years now. Changes in climate will happen more frequently, and with so much deregulation I'm not sure that the incentives are built in to invest what it takes to harden our energy system and make that as inexpensive as possible. The state should set new standards, at a minimum."

The fight against climate change in Texas has been hampered by Republicans who appear ever more eager to fight against climate change legislation, even in the face of shifting public opinion and overwhelming scientific consensus. Caperton, a moderate Democrat even by Texas standards, said that he became a pariah for introducing legislation in the 1980s to commission a study on wind energy. "It was just a study, but I was basically seen as a commie for doing that," he said.

"There are some disasters that you just can't prepare for, but this wasn't one of them," said Barnes, the former lieutenant governor. "This was a failure of leadership. There are things we could have done to prevent this, but we didn't."