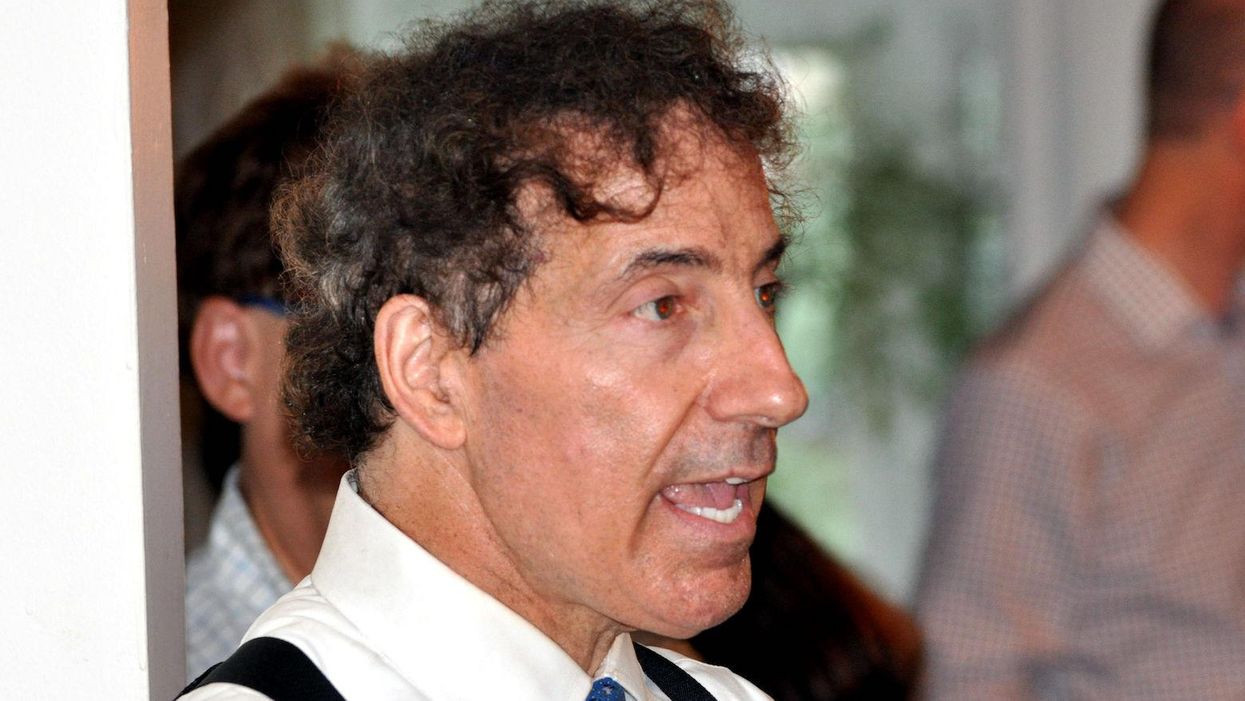 When Donald Trump's second impeachment trial gets underway in the U.S. Senate next week, it will mark the first time in U.S. history that a former president has faced such a trial. And Democratic Rep. Jamie Raskin, the lead impeachment manager, is asking Trump himself to appear as a witness. Marcy Wheeler, an independent journalist, argued that Raskin's "gambit" will force Trump into a difficult choice.

In response to an opening brief that Trump's lawyers, Bruce L. Castor, Jr. and David Schoen, submitted earlier this week, Raskin wrote, "I write to invite you to provide testimony under oath, either before or during the Senate impeachment trial, concerning your conduct on January 6, 2021. We would propose that you provide your testimony (of course including cross-examination) as early as Monday, February 8, 2021, and not later than Thursday, February 11, 2021. We would be pleased to arrange such testimony at a mutually convenient time and place."

Raskin went on to say, "If you decline this invitation, we reserve any and all rights, including the right to establish at trial that your refusal to testify supports a strong adverse inference regarding your actions (and inaction) on January 6, 2021."

Wheeler offers some analysis of Raskin's request for testimony from Trump in her Empty Wheel blog.

"Until today, the conventional wisdom was that Senate Republicans would hide behind their claim that it was not constitutional to try Donald Trump on the single count of impeachment for inciting an insurrection, and Democrats would lose badly in an effort to convict Donald Trump," Wheeler explains. "That's still likely. But Donald Trump's inability to follow good legal advice and Jamie Raskin's exploitation of that weakness may change that. In response to the opening brief Trump's lawyers submitted earlier this week, in which Trump went beyond a claim that the entire trial was unconstitutional and feigned responses to the actual facts alleged, lead impeachment manager Raskin invited Trump to testify."

According to Wheeler, Trump's "safest" response to Raskin "would be to refuse, and let the House assume Trump's entire claim to offering any factual response is false, as it is." Yet Raskin likely is trying to force "Trump to adopt an impossible position."

"But because Trump is Trump," Wheeler argues, "he's likely to choose between two more dangerous options: invoke the Fifth, thereby admitting that his First Amendment speech might expose him criminally — or testify, thereby undoubtedly setting up sworn lies. The former will get him in trouble for any civil suits arising out of the January 6 insurrection, the very thing that, per reports, Trump was trying to avoid with his decision not to self-pardon. The latter will set Trump up for, at best, a perjury prosecution and, at worst, more substantial criminal prosecution based on his responses. Plus, it might pave the way for Mike Pence testimony, which would be compelling."

Wheeler continues, "And by inviting Trump this way, without a subpoena, Raskin avoids all the drama (Sen.) Lindsey Graham has been trying to set up about contentious votes on witnesses. It is Trump's choice, with no coercion."

Trump was impeached by the U.S. House of Representatives for "incitement to insurrection" after a violent mob of far-right extremists stormed the U.S. Capitol Building on January 6 in the hope of preventing Congress from certifying Joe Biden's Electoral College victory. Trump's impeachment marked the first time in U.S. history that a president was impeached twice.

Castor and Schoen have responded to Raskin's request, accusing the congressman of a "public relations stunt" and writing, "There is no such thing as a negative interference in this unconstitutional proceeding. Your letter only confirms what is known to everyone: you cannot prove your allegations about the 45th president of the United States, who is now a private citizen."

@maggieNYT got a copy of the prompt reply from Trump lawyers, who calls the invitation to testify a “public relatio… https://t.co/VkcwoSaZEj
— Nicholas Fandos (@Nicholas Fandos)1612470695.0