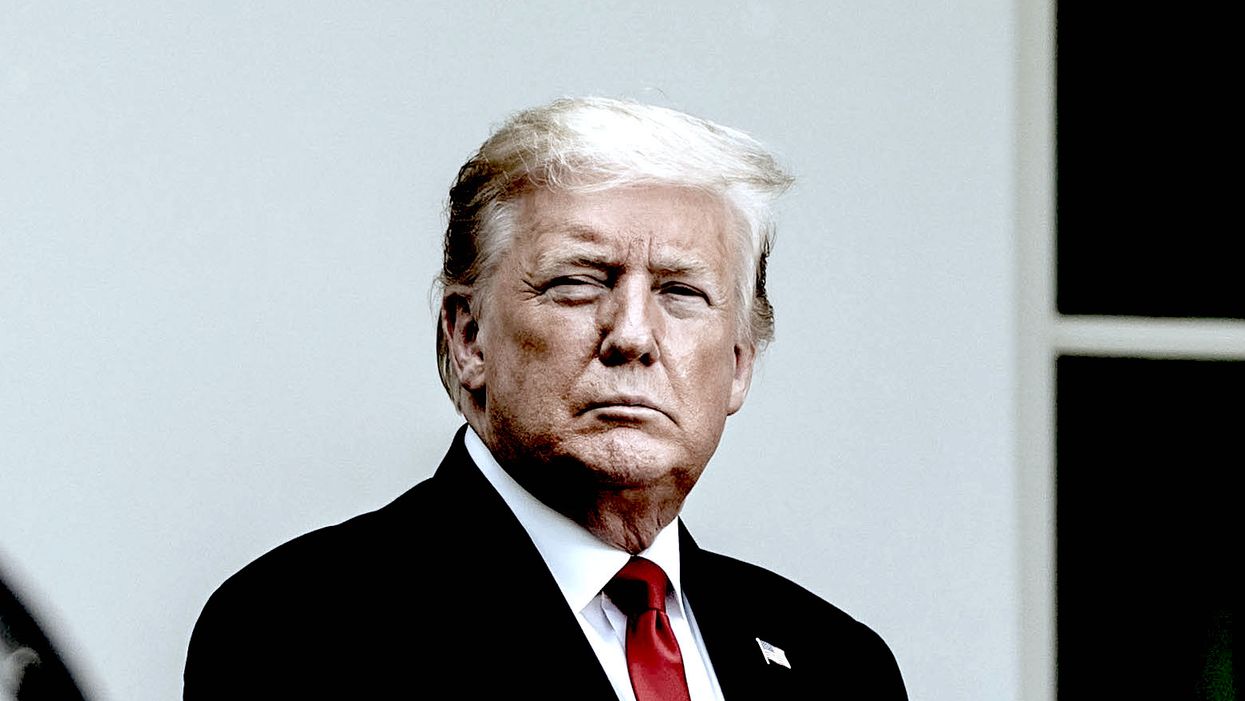 The defense team for former President Donald Trump's impending impeachment trial was widely mocked Tuesday for issuing a response to the House of Representatives' article of impeachment that contained both spelling and—according to critics—legal mistakes.

One spelling error that sparked a flurry of comments on Twitter came in the very beginning of Trump's response (pdf), which is addressed to the "The Honorable, the Members of the Unites States Senate."

Typos have plagued numerous legal documents filed by Trump's (former) attorneys in a string of losing cases seeking to overturn the results of the 2020 presidential election. One filing by lawyer Sidney Powell even misspelled "district" twice in the same heading.

And so while many Twitter users once again lambasted spelling errors on Trump's latest legal document, other observers focused their criticism on what they said were its legal mistakes, even if some of them managed to get in digs at both simultaneously.

"If you're curious about the actual substance of the document, it's of the same quality" as the spelling, tweeted Washington Post national correspondent Philip Bump, linking to his analysis of Trump's defense.

"As expected, the document's evaluation of Trump's actions surrounding the violent invasion of the U.S. Capitol on [January] 6 includes a defense of his claims that the 2020 presidential election was marred by voter fraud," Bump wrote for the Post.

Absent that "Big Lie," as the House impeachment managers called the fraud claims in their Tuesday pretrial brief, "there's no rally at the White House that morning and no crowd of people milling around who would then overrun the Capitol," according to Bump.

Bump and others, including Marc E. Elias, an attorney and founder of the progressive advocacy group Democracy Docket, lambasted the Trump document's assertion that "under the convenient guise of Covid-19 pandemic 'safeguards' states election laws and procedures were changed by local politicians or judges without the necessary approvals from state legislatures."

Another central argument of Trump's trial defense involves the former president's right to free speech. However, critics were quick to note that there are well-established limits on First Amendment speech, and that no one has the right to incite violence with their words:

"Lawyers are paid to make the best case they can for their clients," Bump concluded. "If this is Trump's best case, he's lucky that nearly half the jurors who will evaluate it are already firmly in his camp."

In the end, the fact that 45 Republican senators are likely to vote to acquit Trump may indeed matter more than any errors—typographical, legal, or otherwise—his defense may make.