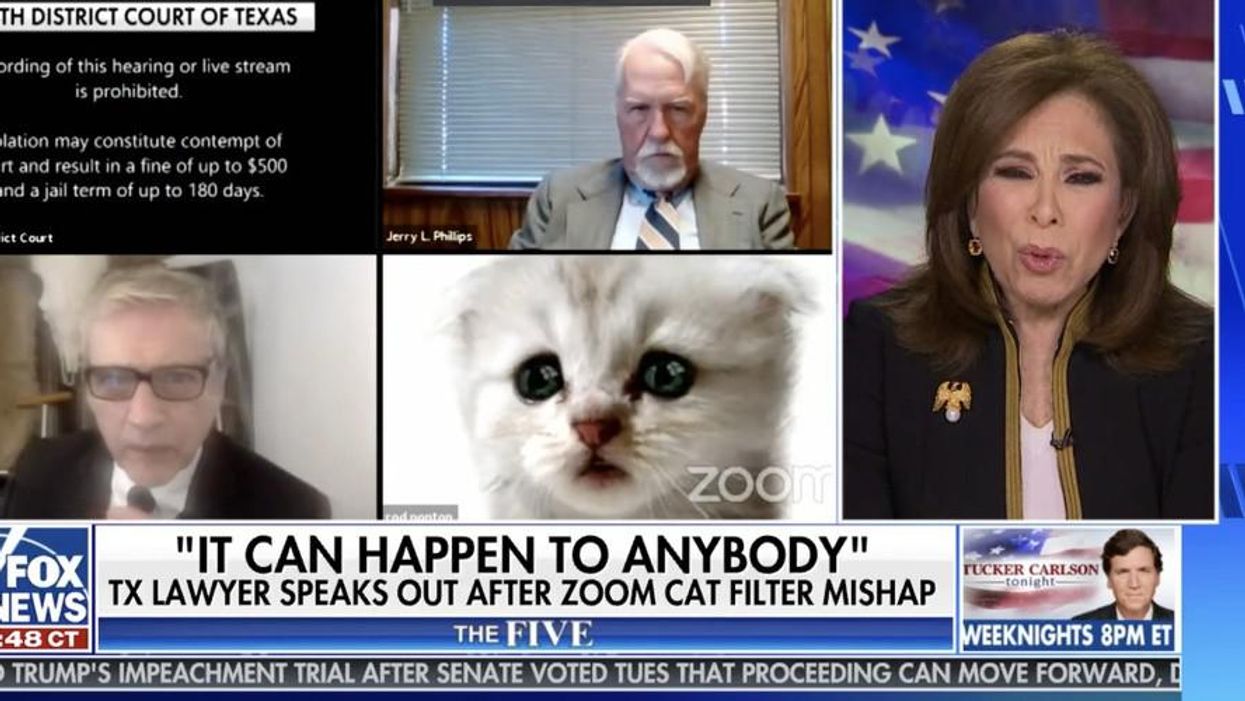 Even the fiercely pro-Trump One America Network aired Trump's trial. Fox, however, decided to run segments on stories including Dallas Mavericks owner Mark Cuban's decision to forego the national anthem at his NBA team's home games, and the viral video of a Texas attorney's "I'm not a cat" Zoom courtroom filter fail.

Fox's decision to cut away from the trial was lambasted as "fucking shameful."

What Fox didn't show was all of the dramatic testimony from House impeachment manager Rep. Eric Swalwell (D-Calif.), who introduced new video evidence showing lawmakers narrowly escaping the violent mob of Trump supporters as they overran the Capitol, as well as additional footage—some of it previously unreleased—of the MAGA mob breaking into the building and violently attacking police officers.

Swalwell recalled the terror and uncertainty that swept over lawmakers as the mob closed in on the House chamber.

"I sent a text message to my wife," he said. "I love you and the babies. Please hug them for me."

"I imagine many of you sent a similar message," the California Democrat told his colleagues.

As impeachment manager Del. Stacey Plaskett (D-Virgin Islands) powerfully did before him, Swalwell directly linked the deadly insurrection to Trump's "stolen election" lie and inciteful tweets and remarks before and during the Capitol attack.

"He repeatedly, over months, told them to fight for a specific purpose," Swalwell said of the former president. "He told them their victory was stolen, the election was rigged, and their patriotic duty was to fight to 'stop the steal.'"

"And when they were primed and angry and ready to fight," added Swalwell, "he escalated and channeled their rage with a call to arms: Show up on January 6, at the exact time the votes of the American people were being counted and certified, and then march to the Capitol and 'fight like hell.'"