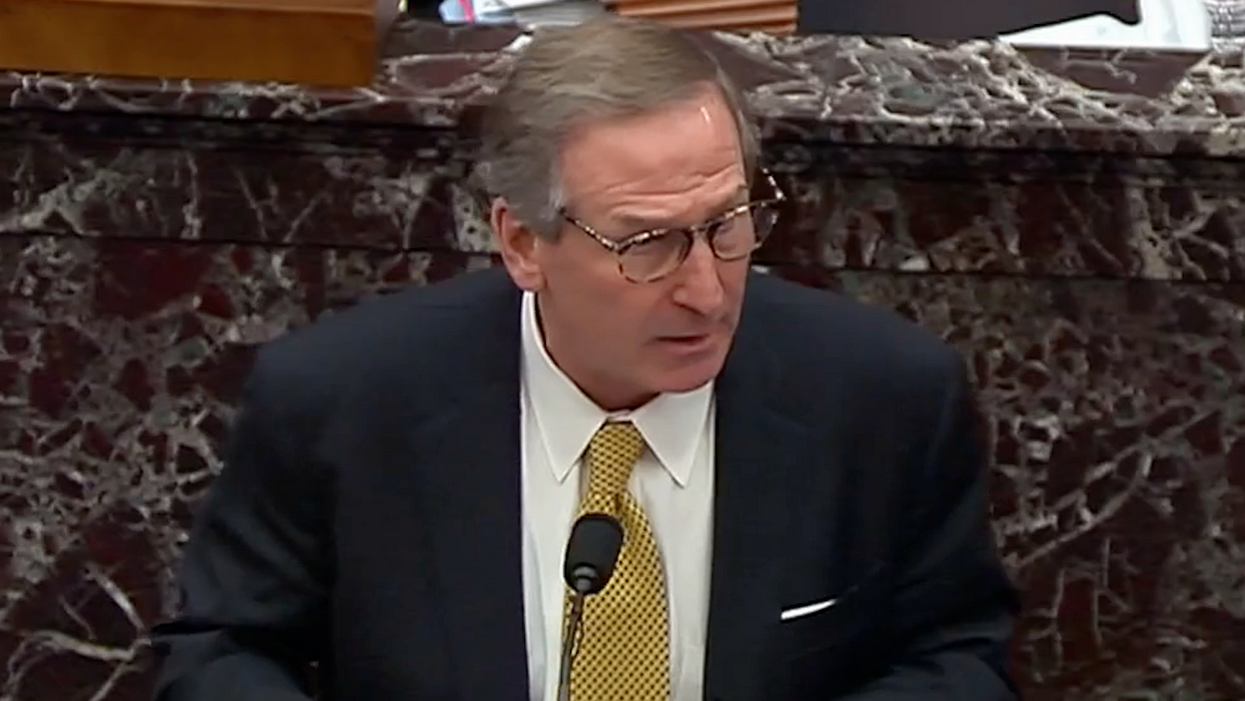 Former President Donald Trump's second impeachment trial has been a wild rollercoaster over the last few days. After Democratic lawmakers laid out their case against the former president, his legal defense team took the floor.

As expected, they've attempted to explain why they believe Trump did not incite the deadly insurrection on the U.S. Capitol. But, in the process, things have taken a bizarre turn and now some of the most ridiculous moments in the trial are being highlighted, according to HuffPost.

On Friday evening, MSNBC's Rachel Maddow shed light on some of the most awkward moments during the trial, thus far. "The president's defense today was a little weird," Maddow said.

Based on the words and actions of the attorneys on Trump's legal defense team, it appears he has managed to find legal professionals with blame-shifting expertise and false bravado like him.

At one point during his opening statements, Michael van der Veen, one of Trump's defense attorneys even referred to the deadly riot as an "incitement to resurrection."

She went on to dissect his questions about whether or not they were under oath. Van der Veen claimed to not know whether they were under oath or not. According to Maddow, it's something he certainly should know since he is a defense attorney. The clip continues with additional highlights of some of the worst moments during the defense's presentation.

Trump's second impeachment trial is set to resume on Saturday at 10:00 am EST.