'Revisionist history': Trump’s impeachment lawyers say he was 'horrified' by the Capitol siege — but we have the receipts 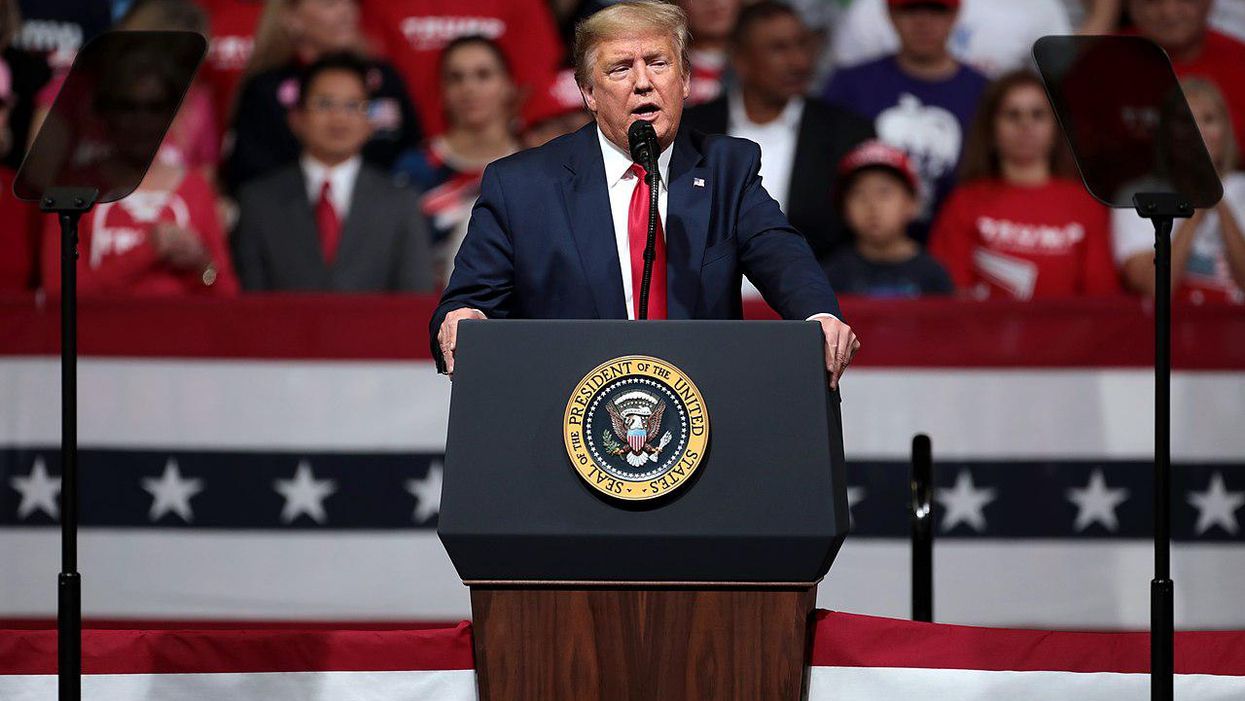 One of the things that is likely to come up during former President Donald Trump's second impeachment trial is his initial reaction to the January 6 assault on the U.S. Capitol Building. Differing accounts of how Trump initially responded to the siege are the subject of a Washington Post article written by Rosalind S. Helderman and Josh Dawsey and published on February 9.

Trump's defense team is claiming that he was "horrified" by what happened on January 6; the New York Times' Maggie Haberman, however, has reported that according to her sources, Trump was initially "pleased" by what he saw on television and believed that people were "fighting on his behalf" — and what "really seemed to snap him out of it," according to Haberman, was realizing that he could have "legal exposure."

During his impeachment trial in the U.S. Senate, Trump will be tried for "incitement to insurrection." His attorneys are claiming that "upon hearing of the reports of violence," Trump took "immediate steps." But Helderman and Dawsey, in their Post article, report that according to Post sources, that is a "revisionist history" of what happened in the White House after Trump learned that the Capitol Building had been attacked. Those sources, Helderman and Dawsey note, said that "Trump was initially pleased to see a halt in the counting of the Electoral College votes."

"The assertion that Trump acted swiftly and out of genuine horror as his supporters ransacked the Capitol is largely a side note to his lawyers' defense," Helderman and Dawsey explain. "In their 78-page brief, they focused on two legal arguments: that the Constitution does not allow for the conviction of an impeached former officeholder and that Trump's speech to the crowd on January 6 was political rhetoric protected by the First Amendment."

According to Helderman and Dawsey, "The decision by Trump's attorneys to also assert a claim about Trump's reaction that day could give the House impeachment managers an opening as they prosecute their case. Among the possible witnesses who could rebut the contention that Trump moved quickly to rein his supporters are Republican senators who will now sit as jurors in the impeachment trial — some of whom have spoken publicly about their failed attempts to get the president to act expeditiously when his supporters invaded the Capitol."

Sen. Lindsey Graham of South Carolina, on January 8, told the Washington Post, "It took him awhile to appreciate the gravity of the situation. The president saw these people as allies in his journey and sympathetic to the idea that the election was stolen."

Sen. Ben Sasse of Nebraska told right-wing radio host Hugh Hewett, "As this was unfolding on television, Donald Trump was walking around the White House confused about why other people on his team weren't as excited as he was as you had rioters pushing against Capitol Police trying to get into the building."

In an opening brief submitted last week, nine House impeachment managers wrote, "President Trump did not take swift action to stop the violence…. This dereliction of President Trump's responsibility for the events of January 6 is unmistakable."

Describing a timeline of the events on January 6, Helderman and Dawsey note that rioters broke into the U.S. Capitol Building at 2:11 PM eastern time — and at 2:24 PM, Trump tweeted, "Mike Pence didn't have the courage to do what should have been done to protect our Country and our Constitution.… USA demands the truth." But at 3:13 PM, Trump tweeted, "I am asking for everyone at the U.S. Capitol to remain peaceful. No violence! Remember, WE are the Party of Law & Order — respect the Law and our great men and women in Blue. Thank you!"