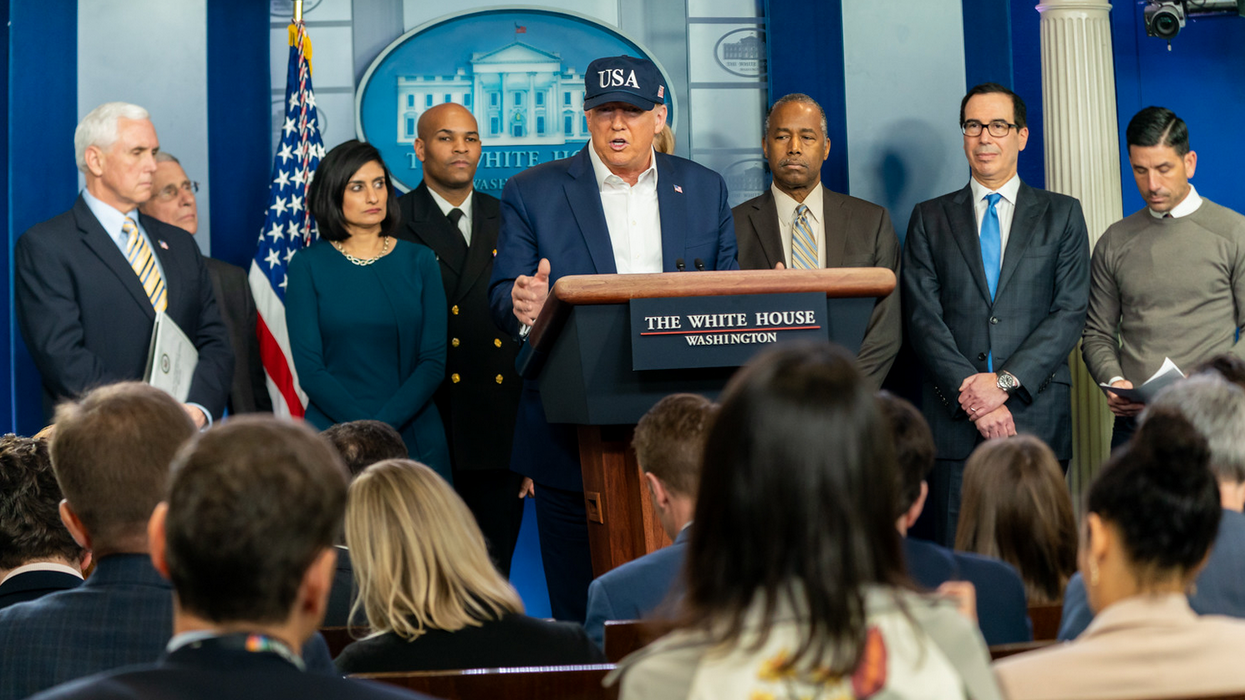 Former President Donald Trump's administration is under fire for hindering the government's pandemic response and rolling back Centers for Disease Control and Prevention (CDC) coronavirus mitigation guidelines in an effort to protect his interests.

According to CNBC News, the latest reports stem from documentation compiled during the House Oversight investigation launched back in September 2020. Based on the documents, the Trump administration is said to have intentionally suppressed COVID-19 testing by rolling back the CDC guidelines.

To justify the scaling back of COVID testing, former Department of Health and Human Services (HHS) scientific advisor Paul Alexander argued there was little significance in testing asymptomatic individuals, according to emails obtained by the House Select Subcommittee on the Coronavirus Crisis.

"Testing asymptomatic people to seek asymptomatic cases is not the point of testing, for in the end, all this accomplishes is we end up quarantining asymptomatic, low-risk people and preventing the workforce from working," Alexander wrote shortly after HHS officials received an update about the CDC's guidelines. "In this light, it would be unreasonable based on the prevailing data to have widespread testing of schools and colleges/universities. This will not allow them to optimally re-open."

According to the Daily Beast, another report — which would have highlighted elevated death totals in young people — was an area of concern for Alexander. Although the report was true, Alexander emailed White House COVID Task Force Senior Adviser Scott Atlas warning that it was "very duplicitous to damage the administration."

Alexander said, "The timing of this is meant to interfere with school re-opening and we need to get something out fast to preempt this in the next day or so and I can work with you on it."

According to the documentation, Alexander also attempted to convince Atlas to "craft an op-ed .. disputing the reporting for on face value, it is meant to mislead."

After deep scrutiny about the rollback of guidelines, the CDC quietly backpedaled on the changes, replacing the previous guidance with recommendations suggesting that anyone who "has been in close contact with an infected person needs a Covid-19 test."

In December, email correspondence to HHS public-affairs adviser Michael Caputo also highlighted Alexander's attempt to advocate for the former president to consider a "herd immunity" strategy" for the United States in handling the coronavirus.

"There is no other way, we need to establish herd, and it only comes about allowing the non-high-risk groups expose themselves to the virus. PERIOD," Alexander's letter read. "Infants, kids, teens, young people, young adults, middle-aged with no conditions, etc. have zero to little risk…. so we use them to develop herd… we want them infected…."

The latest report comes less than one week after veteran election consultant Tony Fabrizio and Republican pollster John McLaughlin both released assessments of the 2020 election and what led to Trump's loss. Despite the former president's claims of voter fraud, both analyses suggest Trump's failed leadership amid the pandemic contributed significantly to his electoral defeat.