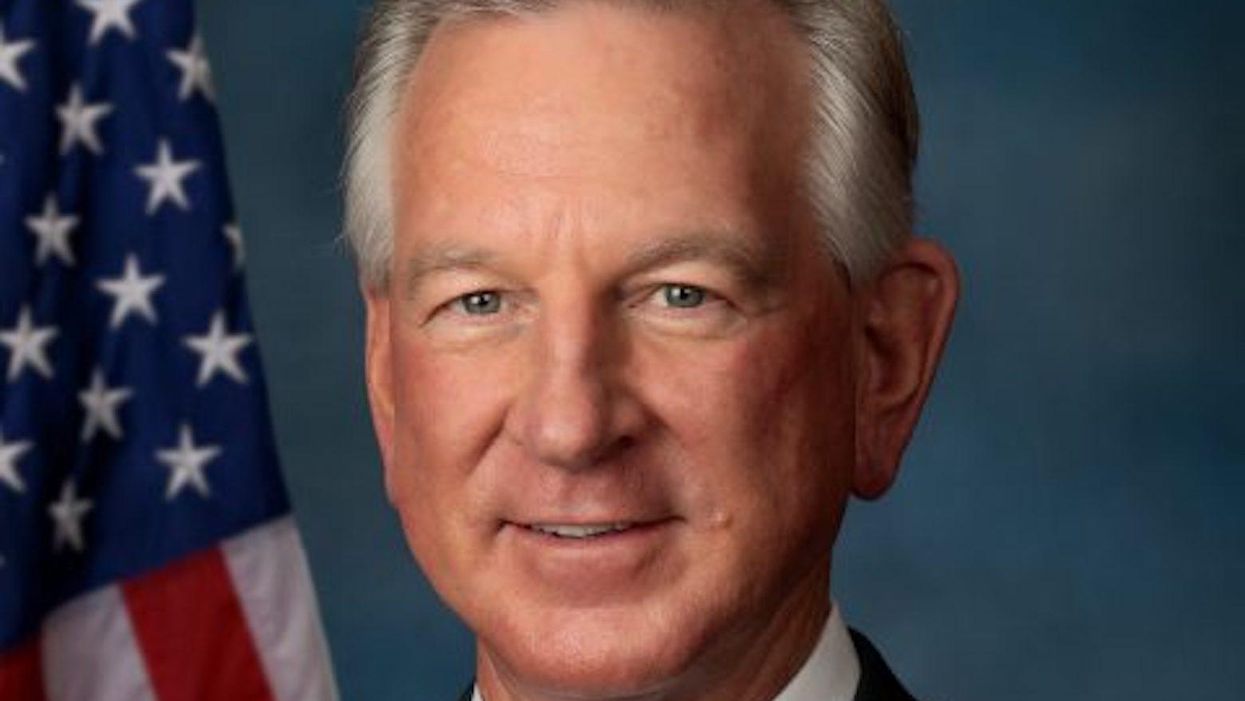 On Friday, former President Donald Trump's lawyers wrapped up their brief arguments in defense of their client in less than four of the 16 hours they had available to them. In that time, they skirted over many of the arguments the impeachment managers have made for conviction; they instead tried to deflect blame for Trump's alleged "incitement of insurrection" on Jan.6 by pointing to Democrats who used similar language, even though that came in contexts where no such similar violence was unleashed.

Trump's lawyers largely skipped over a key part of the managers' case: the former president's attacks on former Vice President Mike Pence and the peril he was under. This feature of the case because particularly relevant this week after the House impeachment managers' arguments on Wednesday, because Alabama Republican Sen. Tommy Tuberville revealed a new and surprising detail about his communication with the then-president that could shed light on Trump's state of mind during the Jan. 6 attack.

Republican Sen. Mike Lee of Utah had already explained that he had received a phone call from Trump during the attack while in the Senate chamber. That call came a little after 2 p.m. Trump hadn't meant to call Lee, but instead wanted to talk to newly elected Sen. Tommy Tuberville of Alabama. So Lee gave his phone to Tuberville.

It's not entirely clear what they discussed, though Rudy Giuliani was later recorded leaving a message that he thought was for Tuberville pleading with the senator to delay the count of the Electoral College votes. But on Wednesday, after a minor dispute about the events, Tuberville told reporters how the phone call ended.

"I said, 'Mr. President, they just took the vice president out, I've got to go,'" Tuberville said.

This is significant. According to the Washington Post's construction of the timeline, Pence was removed from the Senate chamber at 2:13 p.m. So we can infer that that's about the time when Tuberville told Trump that Pence had been evacuated.

Mike Pence didn't have the courage to do what should have been done to protect our Country and our Constitution, giving States a chance to certify a corrected set of facts, not the fraudulent or inaccurate ones which they were asked to previously certify. USA demands the truth!

Many, including the impeachment managers, have pointed to this tweet as a part of Trump's incitement. Even after his mob of supporters had breached the Capitol, Trump was still fueling their rage and attacking Pence as a traitor for not helping him and his movement overturn the election.

But Tuberville's information introduces a new detail from the side of events that we know least about: Trump's perspective during the attack. It's reasonable to assume, and reporting indicates, that Trump was watching the news coverage of the events. But Tuberville's revelation confirms that Trump's targeted attack on Pence — one that was read aloud and championed by the rioters — was sent directly after the time he had already been informed of the vice president's evacuation from the chamber due to the danger posed by the mob. Pence was under direct threat, Trump had been informed of the threat, and yet the president kept up the attacks. The managers even showed clips of protesters reading Trump's 2:24 p.m. tweet aloud during the riot, further providing evidence that the insurrectionists were, indeed, incited by his words.

On Friday, Trump's lawyers largely wanted to skip over mentioning the direct attack on Pence.

Trump's lawyer falsely says "the first two messages" Trump tweeted after the incursion on the Capitol began said "stay peaceful" and "no violence." No, the first one he tweeted said "Mike Pence didn't have the courage to do what should have been done to protect our Country..."
— Daniel Dale (@ddale8) February 12, 2021

A Democratic senator had noted that he was stunned by the attack in the moment.

I remember the moment I saw Trump's tweet attacking Pence. We were in the chamber as aides were scrambling to bar t… https://t.co/MXHIAov51f
— Chris Murphy (@Chris Murphy)1613104700.0