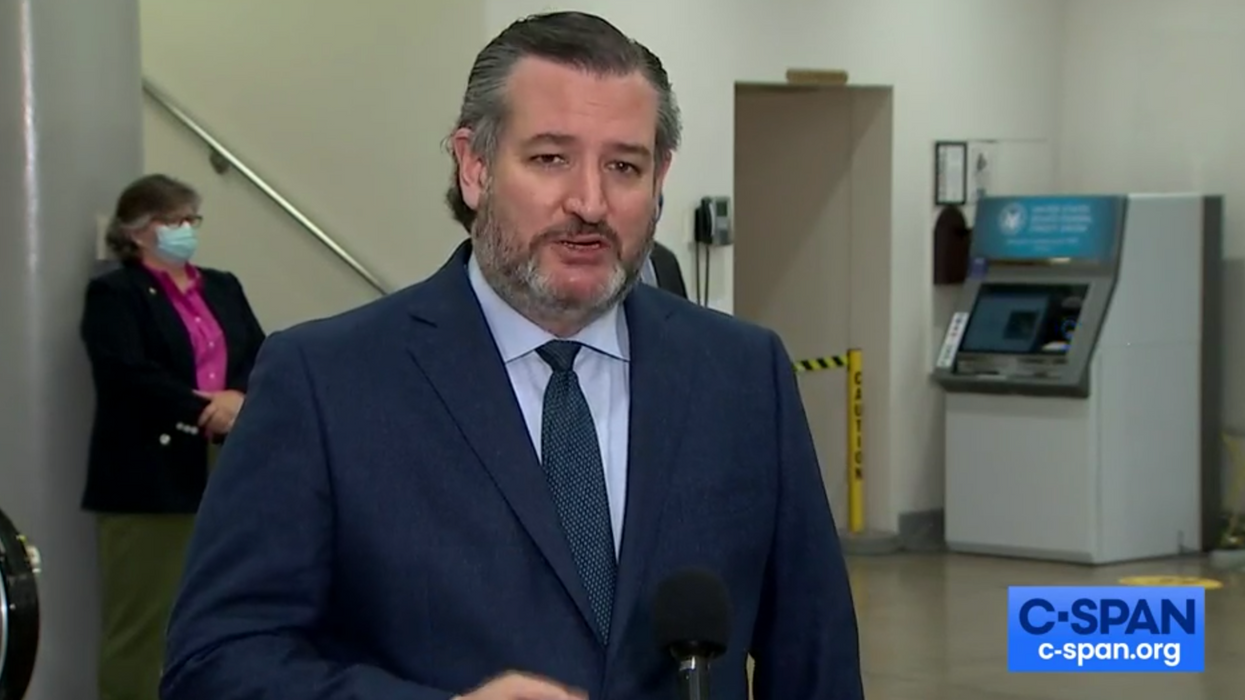 While Texas has been coping with freezing temperatures and millions of people without electricity, Sen. Ted Cruz was spotted at an airport this week on his way to Cancun, Mexico — the same Ted Cruz who, during a February 15 appearance on a radio show, was urging Texans to stay home because of the severe weather.

Appearing on Joe Pags' radio show, the far-right Texas senator told Pags, "I was speaking this weekend with a meteorologist expert who was saying (that with) the combination of these two storms, we could see 100 people lose their lives this week in Texas. So, don't risk it. Keep your family safe, and just stay home and hug your kids."

Cruz also noted that there were "2 to 3 million Texans" who were "lacking power."

As Jake Sherman, founder of Punchbowl News, reports, Cruz booked a return flight to Houston, Texas on Thursday after critics accused him of abandoning his constituents. Cruz's office has yet to make an official statement about his travels, although a source who spoke on the condition of anonymity told the Politico he was always supposed to return Thursday.

Here’s the upgrade list for this afternoon’s flight from Cancun to Houston. Looks like ⁦@tedcruz⁩ is on his way b… https://t.co/IfC7cAFylx
— Jake Sherman (@Jake Sherman) 1613660968.0

"Ted Cruz has always planned on returning to Texas today. He wanted to ensure his family to arrive safely in Cancun. Sen. Cruz's priority is to address the ongoing Power and Energy issue for the safety and concern if his fellow Texans," Politico's Lois Romano tweeted.

Here are some responses: