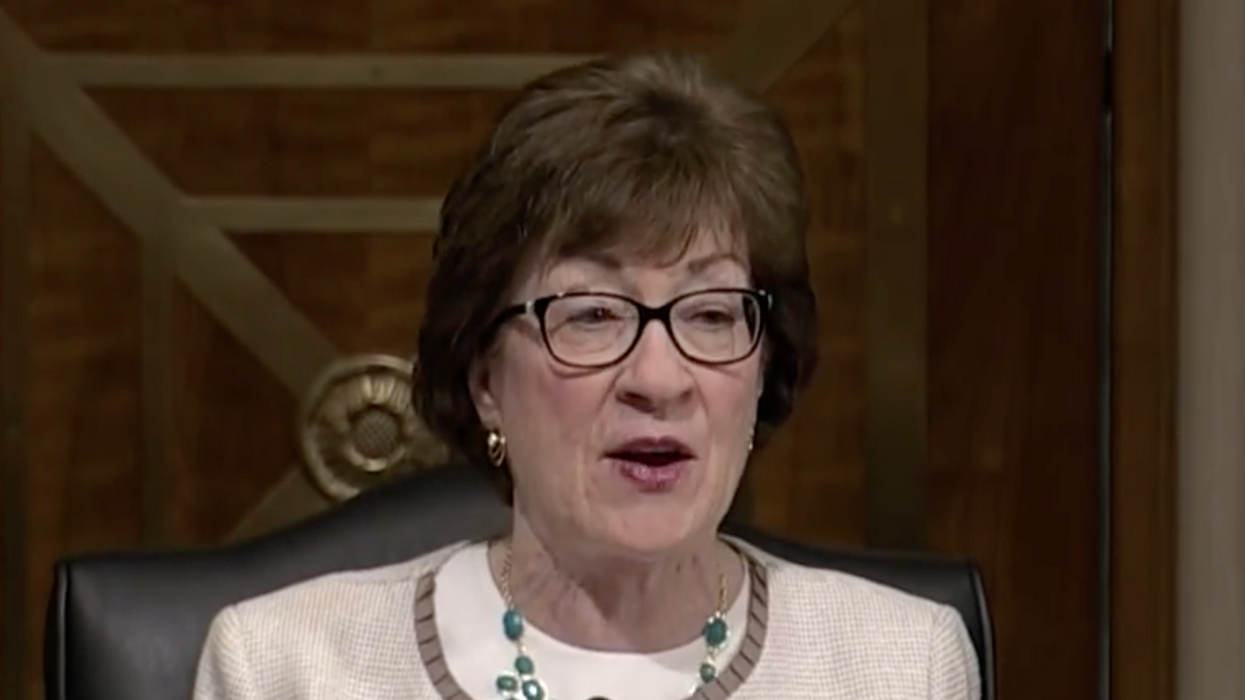 This is the second time in as many weeks that the Senate has voted on the trial's constitutionality. In late January, Republican Sens. Susan Collins (Maine), Lisa Murkowski (Alaska), Mitt Romney (Utah), Ben Sasse (Neb.), and Pat Toomey (Pa.) joined Democrats for a similar vote forced by Sen. Rand Paul (Ky.).

All but one Republican—Sen. Bill Cassidy (La.)—doubled down on that position Tuesday. Cassidy explained after the vote that "the issue at hand is, is it constitutional to impeach a president who has left office, and the House managers made a compelling, cogent case—and the president's team did not."

Tuesday's vote could indicate an unwillingness by most GOP senators to convict Trump, which would require two-thirds of the chamber.

The vote came after Trump's attorneys attempted to argue that, despite precedent, the trial isn't constitutional because Trump is no longer president. Like with the previous vote, which came days after Trump left office, Republicans—particularly Senate Minority Leader Mitch McConnell (Ky.)—came under fire again Tuesday for delaying Trump's trial until after President Joe Biden's inauguration and Democrats took control of the Senate by the narrowest margin possible.

"This trial could have taken place while Trump was in office, if McConnell and Senate Republicans had not delayed it," said Stand Up America founder and president Sean Eldridge in a tweet Tuesday. "Their delays in no way exonerate Trump for inciting a violent and deadly insurrection. Convicting and disqualifying him is still critical to defending our democracy."

While the House impeachment managers, led by Rep. Jamie Raskin (D-Md.), were praised for a powerful 13-minute video that bolsters the charge—as laid out in the single article of impeachment—that Trump incited the deadly insurrection at the U.S. Capitol on January 6, Trump's attorneys were widely mocked and criticized.

House Democrats on Tuesday afternoon laid out their case for why the Senate should proceed with an impeachment trial against a former president, citing the Constitution, the Federalist Papers, and the writings of legal scholars of all ideologies. Afterward, attorney Bruce Castor, a member of Trump's defense team, stepped up to microphone. What ensued was a meandering and at times incoherent legal argument from Castor, one that by turns flattered the senators in attendance ("senators are family men and women"), evoked Castor's youth in suburban Philadelphia ("here's little Bruce"), and offered the obligatory Ben Franklin quote.

While both Castor and David Schoen—who spoke second, after a last-minute shuffle—were slammed for their performances, Castor even drew critique from former Trump attorney Alan Dershowitz, who said on Newsmax: "There is no argument. I have no idea what he's doing. I have no idea why he's saying what he's saying."

How bad is Bruce Castor's presentation in defense of Trump so far? Newsmax cuts into it so Alan Dershowitz can tras… https://t.co/QRyr4Sh2Co
— Justin Baragona (@Justin Baragona)1612902791.0

A flood of similar criticism of both Castor and Schoen came from a diverse collection of experts, advocates, and other political commentators:

We truly have no idea what Trump's lawyer, Bruce Castor, is talking about right now. https://t.co/Hio5JIPgwd
— Public Citizen (@Public Citizen)1612903060.0

Lowering the emotion by telling the Senate majority that they want to destroy America.
— Dave Weigel (@Dave Weigel)1612904772.0

Everyone watching this should get a copy of @IjeomaOluo's book "Mediocre" so they can understand why Trump's lawyer… https://t.co/RZuRVSzK3D
— Dave Zirin (@Dave Zirin)1612905594.0

The only people in America celebrating this opening by Trump's lawyer are the script writers for SNL
— Glenn Kessler (@Glenn Kessler)1612903116.0

The only people in America celebrating this opening by Trump's lawyer are the script writers for SNL
— Glenn Kessler (@Glenn Kessler)1612903116.0

Castor, for his part, told reporters, "I thought we had a good day."