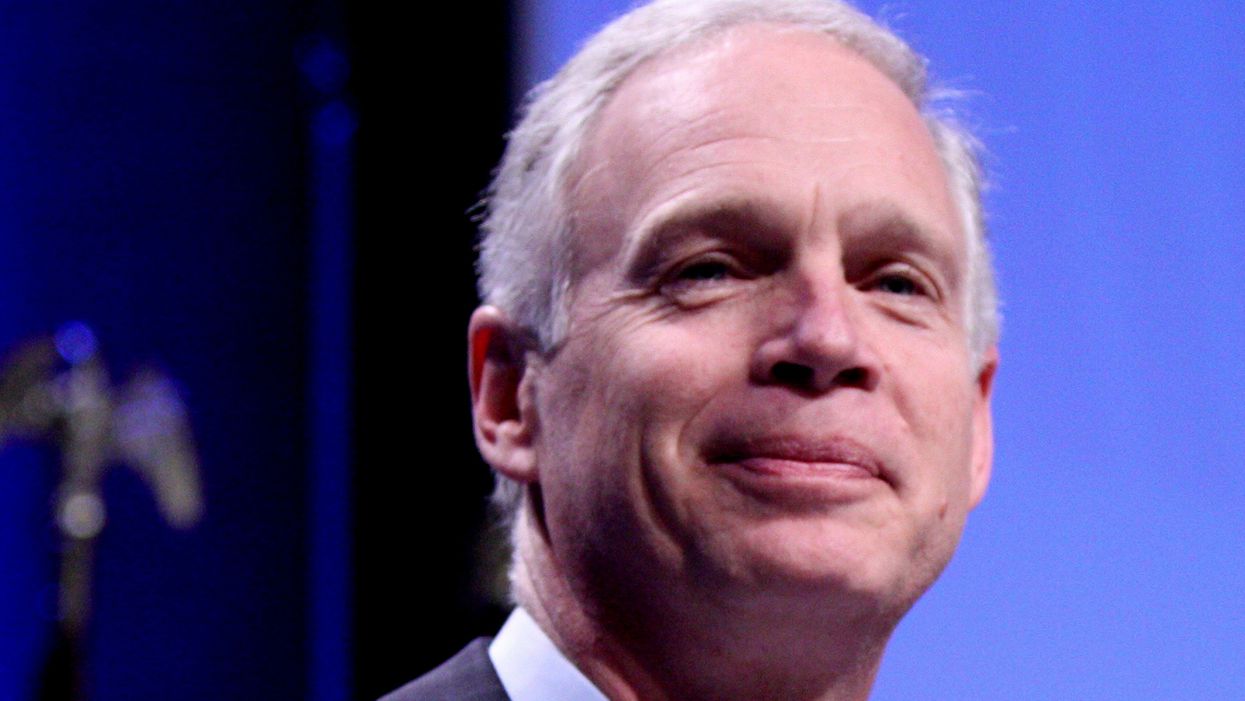 Sen. Ron Johnson (R-Wis.) faced heightened criticism as he attempted to push a false narrative of the U.S. Capitol riots.

Despite photos, footage, and even social media posts from Trump supporters admitting they'd stormed the U.S. Capitol to hinder the Electoral College certification, Johnson claimed "agent provocateurs" and "fake Trump protesters" were responsible for the deadly riots, according to the Washington Post.

Lawmakers from both sides of the aisle quickly fired back at the Wisconsin lawmaker's baseless claims. Rep. Adam Kinzinger (R-Ill.) lambasted his colleague describing his spread of misinformation campaigns as "disgraceful."

"It's disgraceful for a sitting Senator to spread disinformation so blatantly," Rep. Adam Kinzinger (R-Ill.), who has been an outspoken critic of Trump and his role in the insurrection, said on Twitter Tuesday evening. "It's a disservice to the people he serves to continue lying to them like this. It's dangerous and it must stop."

It's disgraceful for a sitting Senator to spread disinformation so blatantly. It's a disservice to the people he se… https://t.co/G37KYmoAAa
— Adam Kinzinger (@Adam Kinzinger) 1614121418.0

As Capitol police officials provided testimonies about the civil unrest that erupted at the U.S. Capitol on Jan. 6, Johnson repeated his unfounded claims. At one point during the hearing, Sen. Amy Klobuchar (D-Minn.) lambasted Johnson on social media as she dismissed his assessment.

"As our hearing concludes, I want to make one thing clear: 'provocateurs' did not storm the Capitol. They were not 'fake Trump protestors.' The mood on January 6th was not 'festive,'" Klobuchar tweeted on Tuesday. "That is disinformation."

While lawmakers expressed outrage over Johnson's remarks, Wisconsin Lt. Gov. Mandela Barnes (D) who is considering a Senate run against Johnson, admitted that he is not at all surprised by the lawmaker's remarks.

"Expect the expected," he tweeted Tuesday evening. "Same man who fear mongers with unsubstantiated immigration claims, suggests that health care, food, and shelter are privileges, and continues to dismiss the virus. This is who we know."

At the conclusion of the hearing on Tuesday, Klobuchar argued that there was clear evidence suggesting the U.S. Capitol riot was a planned attack despite Johnson's arguments.

"There is clear agreement that this was a planned insurrection, and I think most members here very firmly agree with that and I think it is important for the public to know that," Klobuchar said at the close of Tuesday's hearing. "This was planned, we now know this was a planned insurrection. It involved white supremacists, it involved extremist groups, and it certainly could have been so much worse except for the bravery of the officers."