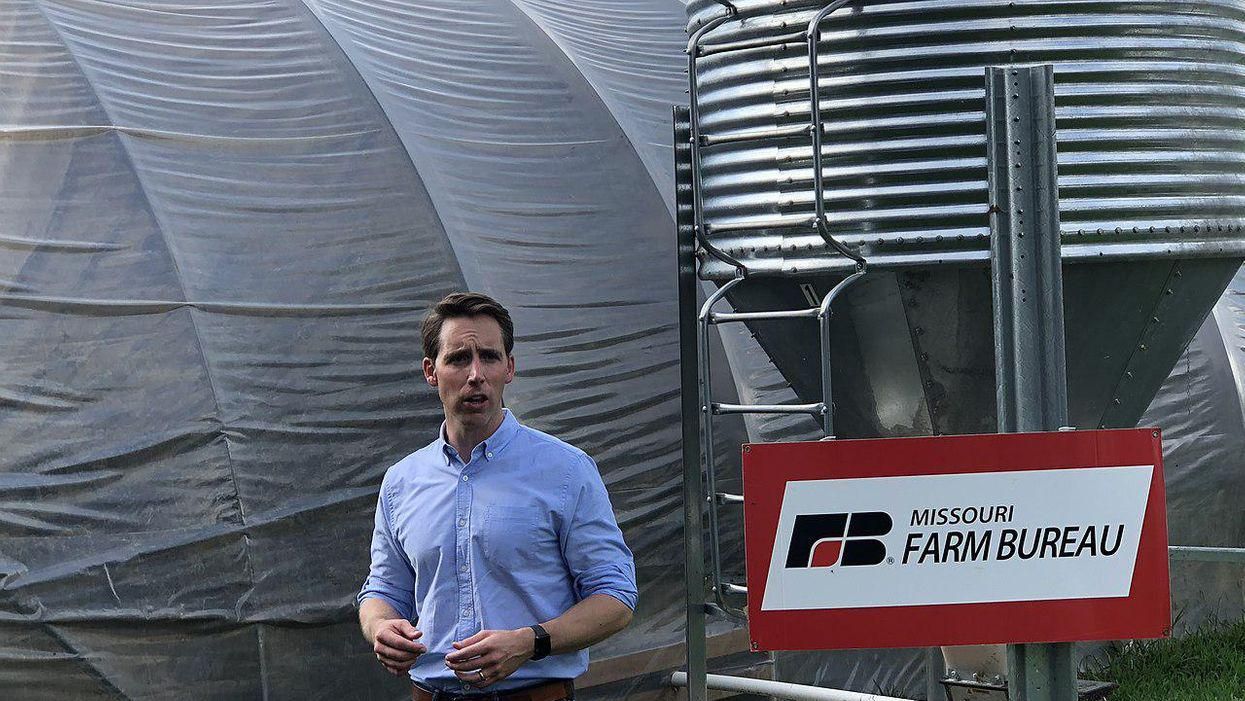 The Senate on Saturday acquitted Donald Trump on the single charge of inciting an insurrection against the United States government, with 43 Republicans voting to let the former president off the hook for his role in the deadly assault on the U.S. Capitol Building last month.

"While a majority of the U.S. Senate has voted to convict Trump for his constitutional crimes, the Senate has failed to muster the two-thirds vote needed to convict him for crimes to which the senators themselves were eyewitnesses," said Lisa Gilbert, executive vice president of consumer watchdog group Public Citizen. "So, this day, Feb. 13, 2021, will... be remembered for all American history as a stain on our history."

Throughout the week of proceedings, many Republican senators didn't bother trying to maintain even the appearance of upholding their oaths to act as impartial jurors in the trial, making their votes against convicting the former president unsurprising.

As Common Dreams reported, Sens. Ted Cruz (R-Texas), Lindsey Graham (R-S.C.), and Mike Lee (R-Utah)—each of whom voted to acquit Trump—met with the former president's lawyers on Thursday to discuss "legal strategy." Sen. Roy Blunt (R-Mo.), who also voted to acquit the twice-impeached former president, referred to Trump's defense team as "our side" when speaking to the press earlier this week.

"The Republican senators who voted to acquit are cowards and fascists, and that is all their party stands for today," Rep. Mondaire Jones (D-N.Y.) tweeted Saturday.

"Our Constitution and our country is more important than any one person," Cassidy said following his vote. "I voted to convict President Trump because he is guilty."

It is truly sad and dangerous that only 7 Republicans voted to convict a president who is promoting a Big Lie, cons… https://t.co/ljTE3gXFae
— Bernie Sanders (@Bernie Sanders)1613253318.0

Sean Eldridge, president of advocacy group Stand Up America, said in a statement that "it's unfathomable that anyone hearing or seeing the mountain of evidence presented in Trump's second impeachment trial could walk into the Senate chamber and vote against his conviction—much less the same people whose lives were threatened by the violence he incited."

"Blinded by their partisan cowardice, these GOP senators are now complicit in Trump's escalating assaults on our democracy," said Eldridge. "History will judge them harshly for failing to uphold their oath to defend the Constitution—and now it will be up to voters to hold them accountable."