Here's the key flaw in Republicans' complaint about the impeachment case 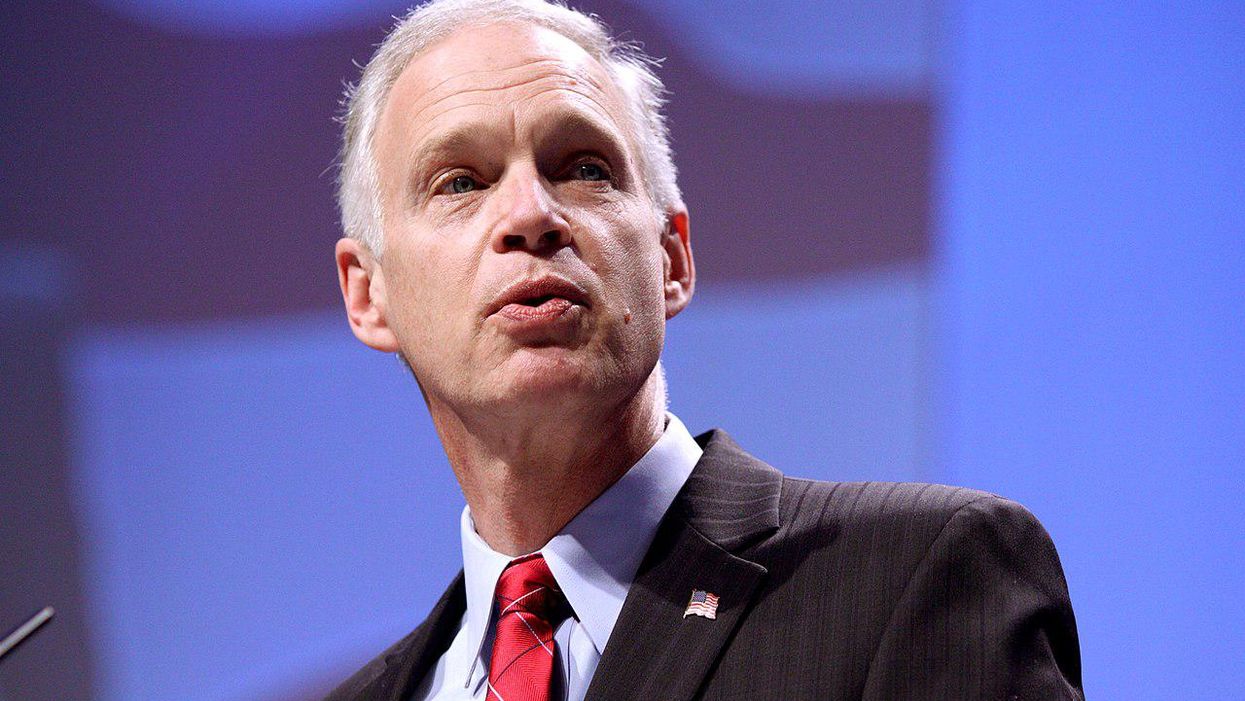 When the House impeachment managers delivered their argument against former President Donald Trump in Wednesday's session of the Senate trial, it hit with an emotional punch. Viewers at home and many of the senators in the chamber felt the impact of the video, images, and written evidence documenting the vicious attack on the U.S. Capitol and Trump's role in it.

Despite the forceful nature of the arguments, though, few expect enough Republicans will vote against the former president to convict him. So the question wasn't so much "Will the Republicans change their votes?" — though a small handful may be up for grabs — but "How will the Republicans justify voting to acquit Trump given all this evidence?"

Reporters speaking to the lawmakers throughout the day offered a glimpse into their thinking. Though some seemed to stick by the argument, already resolved by a vote of 56-44 on the first day, about the constitutionality of trying a former president, a new line of defense seemed to be increasingly popular.

While Republicans wanted to denounce the actions that happened at the Capitol, they argued that the rioters themselves were responsible for that conduct, not Trump.

Sen. Mike Braun: “Well Obviously the people that broke into the Capitol should (be held accountable)."

"You know, it unraveled and I think still, when it comes to the people that actually broke in here, it's their responsibility."
— Paul McLeod (@pdmcleod) February 11, 2021

Republican Sen. James Lankford of Oklahoma told McLeod of Trump's culpability: "He's had 100 rallies and we have never seen that before. So that's the tough one to be able to link together."

CNN reported: "Sen. Ron Johnson said he was shaken, but added that he blames the rioters, not Trump."

Republican Sen. Rick Scott of Florida made similar remarks to McLeod, saying: '"I watched what he said. He never said that somebody should break in. He actually said that people should do this peacefully. Look, this is a complete waste of time."

As the Democratic impeachment managers noted, Trump did at one point use the word "peacefully" in his speech before the Capitol riot. But that word was largely a throwaway gesture. He used the word "fight" around 20 times. This included a demand to "fight like hell." This came after Rudy Giuliani, Trump's lawyer, called for "trial by combat." Trump also urged that his supporters "stop the steal" and they can't let Joe Biden become president. He even said: "When you catch somebody in a fraud, you're allowed to go by very different rules."

So it was clear Trump was urging violence — at the very least, it was clear to the insurrectionists themselves, who said, as the impeachment managers pointed out multiple times, that they were acting at Trump's behest.

But the biggest flaw in this attempt to separate Trump from the rioters is Trump's own words after the attack. After 4 p.m., long after the Capitol was breached, Trump released a video on Twitter. Even though it wasn't addressed explicitly to anyone, everyone knew who he was addressing: the rioters who had just stormed the Capitol. And he acknowledged himself that he knew why they did what they did — because they believed the lies about the supposedly "stolen election" that he told.

"I know your pain, I know your hurt," Trump said in the video. "We had an election that was stolen from us. It was a landslide election and everyone knows it, especially the other side."

The Republican senators know it wasn't a landslide victory that was stolen by Biden. The vast majority of them voted to uphold the election results, and even those who voted against the counting of the votes on Jan. 6, like Missouri Republican Sen. Josh Hawley, never bought into the claim that Trump won in a "landslide." So in that video, Trump himself drew a connection to the lie he told — a lie that the Republican senators know is a lie — to the motivation of the attack on the Capitol, exactly what Republicans now want to deny.

In case that wasn't enough, Trump sent another tweet later in the evening about the attack: "These are the things and events that happen when a sacred landslide election victory is so unceremoniously & viciously stripped away from great patriots who have been badly & unfairly treated for so long. Go home with love & in peace. Remember this day forever!"

Again, he acknowledged that the attack happened precisely because of the lies he told. His plea to "Remember this day forever!" suggests he was happy with the result. And not only that, he says clearly that the attack on the Capitol is among "the things and events that happen" when people believe his lies about the election, which means it was predictable. This clearly suggests his incitement of the riot was premeditated and intentional.

All of this is perfectly clear in the public record. But Republicans feel the need to deny the obvious, because their votes to acquit are already guaranteed.