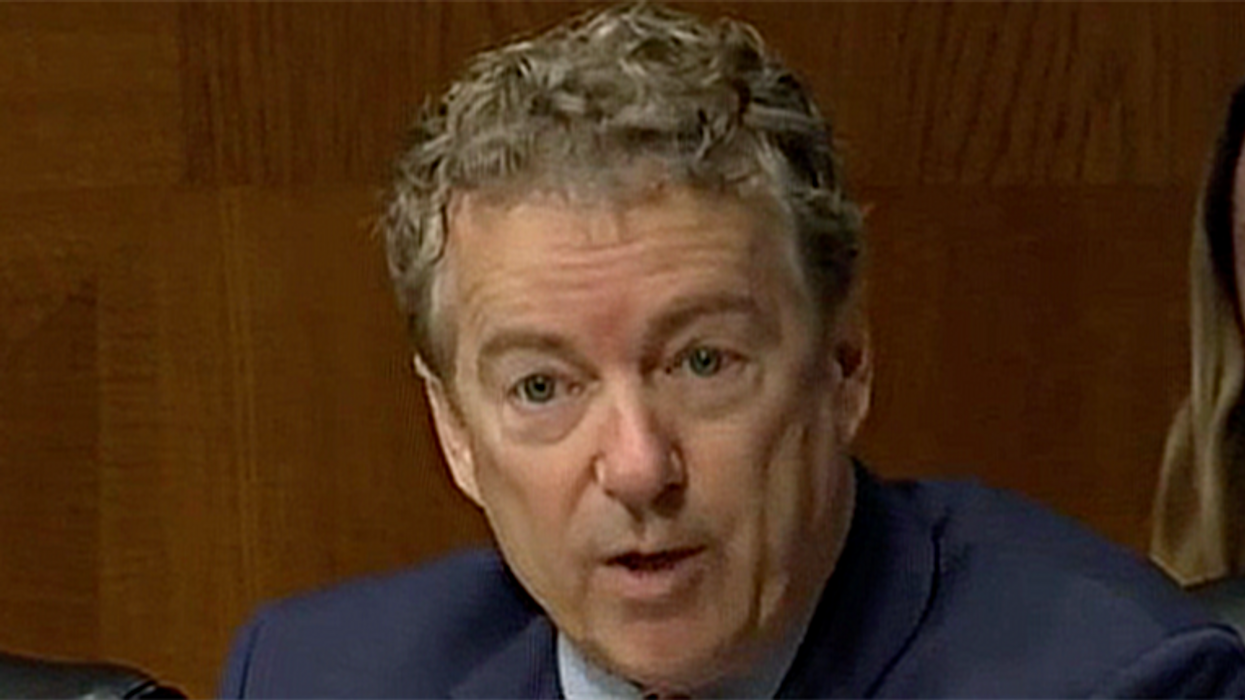 If confirmed, Levine—a pediatrician and former Pennsylvania state health secretary—would be the first out trans person to serve in a position approved by the Senate. Paul, who is also a physician, used his time to attack Levine and disseminate transphobic misinformation.

Noting that "genital mutilation"—a completely incongruous topic—has been "almost universally condemned," Paul suggested that "the social pressure to conform, to do what others do... as well as the need to be accepted socially and fear of being rejected by the community" was a factor driving trans people to seek gender-affirming surgery.

Paul then accused Levine of advocating "surgical destruction of a minor's genitalia" before asking if she believes "minors are capable of making such a life-changing decision as changing one's sex."

Levine—who has stated that surgical treatment is not recommended for anyone younger than 18 years of age, with "some exceptions"—politely thanked Paul for his interest in the subject and noted that "transgender medicine is a very complex and nuanced field with robust research and standards of care that have been developed."

Paul, however, refused to let it go, telling the tale of a British woman who "read something about transsexuals" online before undergoing sex reassignment surgery she later regretted. Paul also aspersed the use of puberty-blocking hormones, a reversible therapy shown to reduce suicidal urges in transgender adolescents.

"I appreciated your thoughtful and medically informed response to Sen. Paul's questions earlier in the hearing," she told Levine. "It is really critical to me that our nominees be treated with respect and that our questions focus on their qualifications and the work ahead of us rather than on ideological and harmful misrepresentations like those we heard from Sen. Paul earlier."

Human rights advocates were outraged by Paul's remarks and questioning. Ruben Gonzalez, executive director of the LGBTQ Victory Institute, accused the senator of choosing "devotion to anti-LGBTQ extremist groups over substance and the health of our nation."

"His remarks echo the talking points of the same organizations who said gay men deserved AIDS and that LGBTQ people should be criminalized," Gonzalez told The Hill. "He explicitly attacked vulnerable trans youth for his own perceived political gain and it was a disgrace. Dr. Levine is an extremely qualified nominee whose experience can help America effectively tackle this pandemic, but he took this opportunity to give voice to hate groups instead."

Paul's attack came a day after Rep. Marjorie Taylor Greene (R-Ga.)—who has a history of blantant bigotry—made anti-trans remarks while arguing against the Equality Act, a landmark bill passed by the Democratic majority in the House on Thursday that bans sexual orientation- and gender identity-based discrimination.

Greene also misgendered the trans daughter of Rep. Marie Newman (D-Ill.), and when Newman hung a transgender flag outside her office, Greene posted a sign across the hall with the medically and historically false assertion that "there are two genders: male and female."