Ralph Nader slams Democrats for 'deliberately disabling themselves' on impeachment 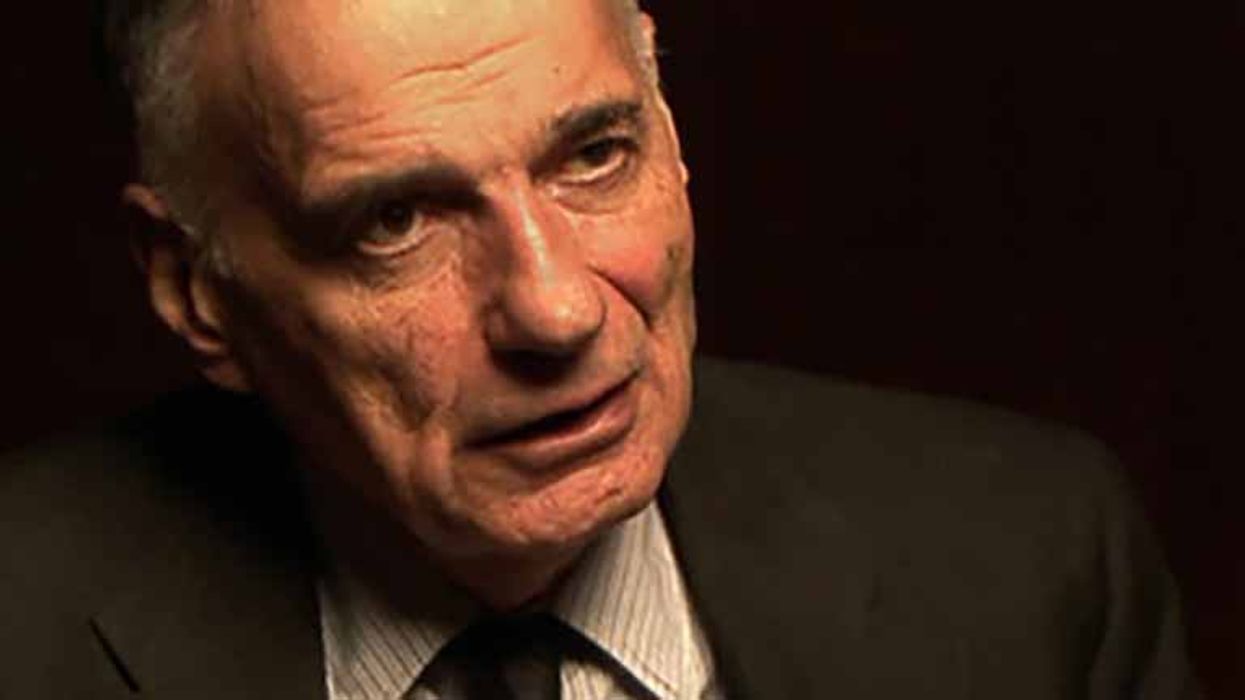 Donald J. Trump has once again circumvented justice, but not because of a want of facts or law. His life preserver was House Speaker Nancy Pelosi's decision to refrain from calling critical witnesses possessing "smoking gun" incriminating evidence at Mr. Trump's second impeachment trial. Her plan to abandon an Ace of Spades for a Two of Clubs to prove Mr. Trump's guilt was upset by Republican freshman Congresswoman Jaime Herrera Beutler (Wash.) who gave the Democrats an opportunity to subpoenas witnesses to testify under oath to fortify the video evidence introduced during the House Managers' case in chief.

Ms. Beutler's disclosing a conversation with House Minority leader Kevin McCarthy (Calif.) proving President Trump's endorsement of his mob's resort to lethal force and violence to unconstitutionally prevent a peaceful transfer of presidential power precipitated a surprise 55-45 Senate vote this morning, including several Republicans, to entertain live witnesses. Democratic Senator Benjamin Cardin (Maryland) appeared on NPR shortly before the Senate reconvened from a recess at 12:30 pm. The Senator declared that the impeachment trial would be continued for two weeks; and, that the only issue remaining for resolution between the prosecution and defense (then in private negotiations) was whether five witnesses for each side would be named or left open for later identification in a Senate witness resolution.

Mr. Cardin was clueless of the Democratic capitulation, snaring defeat from the jaws of victory. The House Managers and Mr. Trump's defense team agreed to a stipulation to admit into the record a mere written statement by Congresswoman Beutler, not delivered in person under oath or via a deposition. Not a single witness would be called.

The impeachment case presented by the House Managers was only the tip of the iceberg of what transpired in the White House, in Washington, D.C., in George, Michigan, and Texas, and around the country generally in Mr. Trump's relentless, lawless, unconstitutional exertions to falsify the results of the 2020 presidential election. Trials without witnesses are not genuine trials—even in a civil impeachment prosecution in which the sole sanction is disqualification from future federal office, not loss of liberty or even a fine.

During Mr. Trump's first impeachment trial over his attempt to brandish the powers of the White House to coerces Ukraine into announcing a criminal investigation against Joe Biden, Democrats sought a few witnesses. The Senate Republican majority nixed the request. During the second and vastly more consequential impeachment trial, the Democrats bypassed witnesses notwithstanding Mr. Trump's flagrantly unconstitutional attempt through force and violence to prevent Vice President Mike Pence from counting state-certified electoral votes and Democrats enjoying a Senate majority.

Once again, Speaker Pelosi, the puppeteer of the House Managers, took impeachment to the Senate without a full hand. She disarmed the Democratic case against Mr. Trump for inciting an armed insurrection against the legislative branch in two respects: no witnesses; and, no additional impeachment articles pivoting on Mr. Trump's systematic institutional attack on Congress and usurpation of its authorities with impunity. (Note his monarchical decree on July 23, 2019: "Then I have Article 2, where I have the right to do anything I want as president.," which he employed to justify serial violations of law. See our attached letter to Speaker Pelosi and proposed Articles of Impeachment printed in the Congressional Record (December 18, 2019, H12197).

We expect that aggressive investigative reporting will soon reveal the details of Speaker Pelosi's masterminding the calamitous decision to forego trial witnesses in the second impeachment trial, the last clear chance to hold Mr. Trump accountable for shattering separation of powers. The reported ostensible reason for a truncated trial—shorter than the narrower Ukraine predecessor—was to avoid distraction from President Biden's agenda and stimulus legislation. But the argument does not wash. The Senate could have completed both a full impeachment trial and moved Mr. Biden's agenda by working a full week (not the customary three-day routine) and split their time between the trial and legislation. The urgency of the Biden agenda seems attenuated since the Senate is in recess all next week.

An NPR reporter observed: Democrats had a chance of opening up the trial with witnesses about what really happened in the White House "from primary sources, but in the end the desire to be done won out." The loss was steadfast courage and an abdication of constitutional duty to lay down markers to preserve the nation's Republic for ourselves and our posterity against wannabe Trumps craving dictatorial powers.

In the end, the rush trial was not a matter of rationing the Senate's time, it was not a matter of Senate ignorance or incapacity. It was a loss of nerve and the disastrous misguided strategy of Speaker Pelosi with her House Managers selected for pliability.

Democrats deliberately disabled themselves. History teaches that cowardice is possessed of infinite obstinacy. We are fortunate that the nation's founders against King George III were made of sterner stuff. The Constitution's framers endowed their descendants with sufficient congressional authority to prevent coming full circle back to monarchy under a different name. Alas, we are not so fortunate in our current congressional leadership and the portentous forces they have emboldened and ignited in the coming years.

Historical Note: During the Watergate impeachment proceedings in 1974, on the verge of an affirmative House impeachment vote, Senate Republican leaders Barry Goldwater and Hugh Scott traveled to the White House to inform President Richard Nixon that conviction in the Senate was inevitable. Where are Republicans today with a former president who criminally incited force and violence with the imminent danger of death against Members of Congress and Vice President Mike Pence to overturn the results of the 2020 election in violation of the Twelfth Amendment and the Electoral Count Act? Where were you Senator Mitch McConnell, Senator Lindsey Graham, and other lawmakers intimidated by Trump within the GOP? Groveling before the tyrant, or aiding and abetting his despotic movement?