QAnon's bizarre March 4 theory about Trump has been fueled by GOP lawmakers: Dems 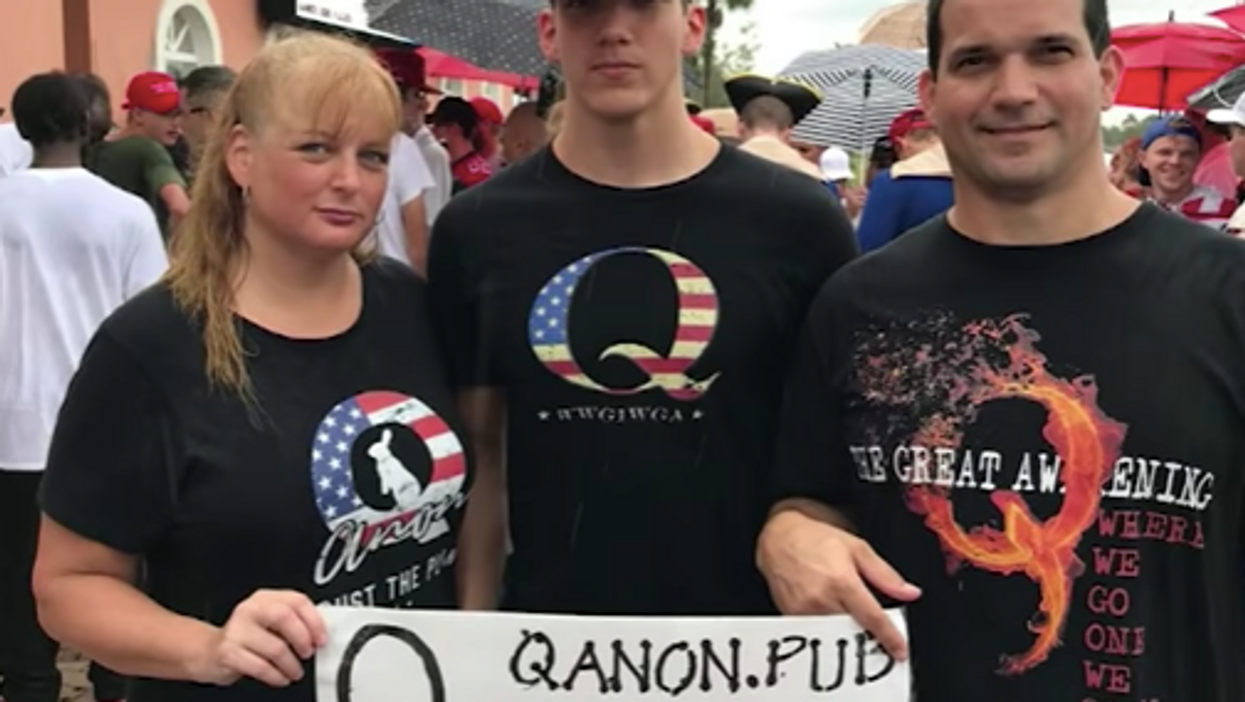 We Have the CIA to Thank for the QAnon Conspiracy Theory
Meaghan Ellis
February 26, 2021

As March 4 approaches, Democratic lawmakers are engaging in conversations to express their concerns about Republican lawmakers' influence on the latest QAnon conspiracy theory. According to Newsweek, a substantial number of QAnon believers insist former President Donald Trump will be inaugurated as the new world president on March 4.

Although the rest of the world is well aware of the fact that this will not happen, QAnon supporters believe that it will. Because of this, there are concerns about the possibility of more civil unrest similar to what unfolded at the U.S. Capitol on Jan. 6. Acting Chief of the U.S. Capitol Police Yogananda Pittman detailed her concerns on Thursday, Feb. 25 during the hearing conducted by a House Appropriations subcommittee.

During an interview with Newsweek, Rep. Adam Schiff (D-Calif.) expressed concern about the possibility of more unrest as he noted that the latest issues stem from the same falsehoods and conspiracy theories that inspired the deadly riots on the U.S. Capitol.

"The same lies and conspiracy theories that gave rise to the violent insurrection on the Capitol have continued to metastasize, and some Americans now absurdly believe that Donald Trump could somehow return to office on March 4," Schiff said.

Rep. Eric Swalwell (D-Calif.) also expressed concern about the spread of misinformation and how it has impacted the thought process of many Americans. He also noted that Trump-supporting lawmakers acknowledging President Joe Biden's elected status could serve as the first step to combatting the biggest problem: the repeated claims of voter fraud still being echoed and whispered.

"This starts with every elected official publicly acknowledging Joe Biden as the duly elected president of the United States," Swalwell said in a statement to the publication.

He added, "The fact that sitting Members of Congress continue to push the divisive and patently false narrative that the election was rigged does nothing to unify our nation and protect us from future threats. We should expect more from our elected officials-and those who cannot meet this moment and denounce QAnon fully should be prepared for a reckoning at the ballot box."

However, Schiff believes better preparations will be made to handle any situation that may arise in the near future.

Schiff said, "I am confident that we will be better prepared for the possibility of any violence on that day, but the sad truth is that the threat of domestic violent extremism will continue to grow so long as misinformation spreads virally on social media and is encouraged by unscrupulous leaders."