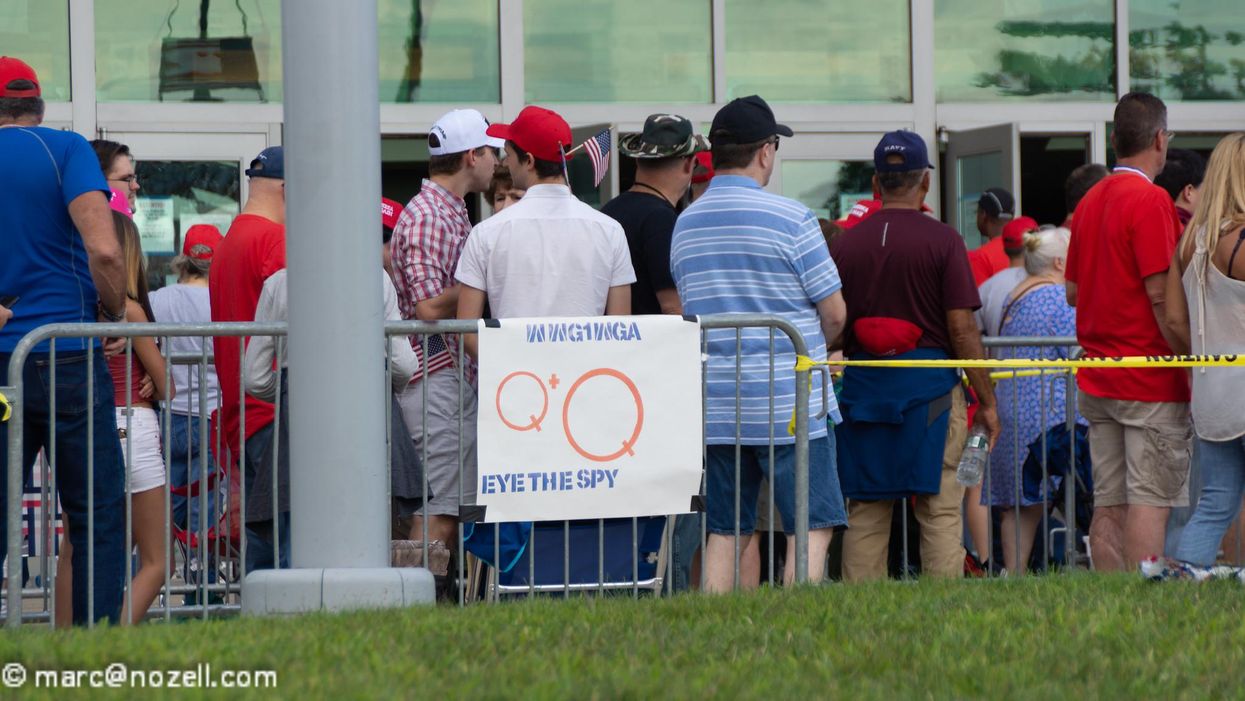 The startling impacts of former President Donald Trump's presidency and conspiracy theories reach deep into the lives of many families. With the disgraced president out of office, many people are sharing how the QAnon conspiracy theory — built with him at the center and with his support — has torn apart close relationships. And despite the fact that Trump has lost the presidency, which many QAnon believers never thought would happen, many have moved the goalposts and started hoping for his return. In this way, adherents to the delusion believe its vindication is always just a little further in the future.

According to The Washington Post, family members feel that relatives who fall for QAnon become like "cult members or drug addicts, sucked in by social media companies and self-serving politicians who warped their views of reality."

Only identified as "Tyler" of Minneapolis, Minn., one 24-year-old man said that he noticed a distinctive change in his mother during the critical time leading up to the presidential election, and "it kept growing until it felt like she was preaching the Bible to me":

At first, she insisted that Trump, not Biden, would be inaugurated on Jan. 20, and for a while, Tyler held out hope that Biden's swearing-in would jolt his mother back into reality. She would put away her gun and life would return to normal. But, the ceremony in Washington seemed to make little difference at his house in Minnesota.

Now, Tyler has revealed his mother is waiting for March 4—another date being circulated by QAnon believers. So what does the date signify?

Apparently, QAnon believers are convinced it is the date Trump will become the "new world president," according to Tyler.

"Some of these people have figured out that apparently 75 years ago, the president used to be inaugurated on March 4," Smith said, according to Business Insider. "OK, now why that's relevant? God knows. At any rate, now they are thinking maybe we should gather again and storm the Capitol on March 4 … that is circulating online."

During the interview, Tyler also expressed concern about the upcoming date because he does not believe his mother will snap out of it anytime soon.