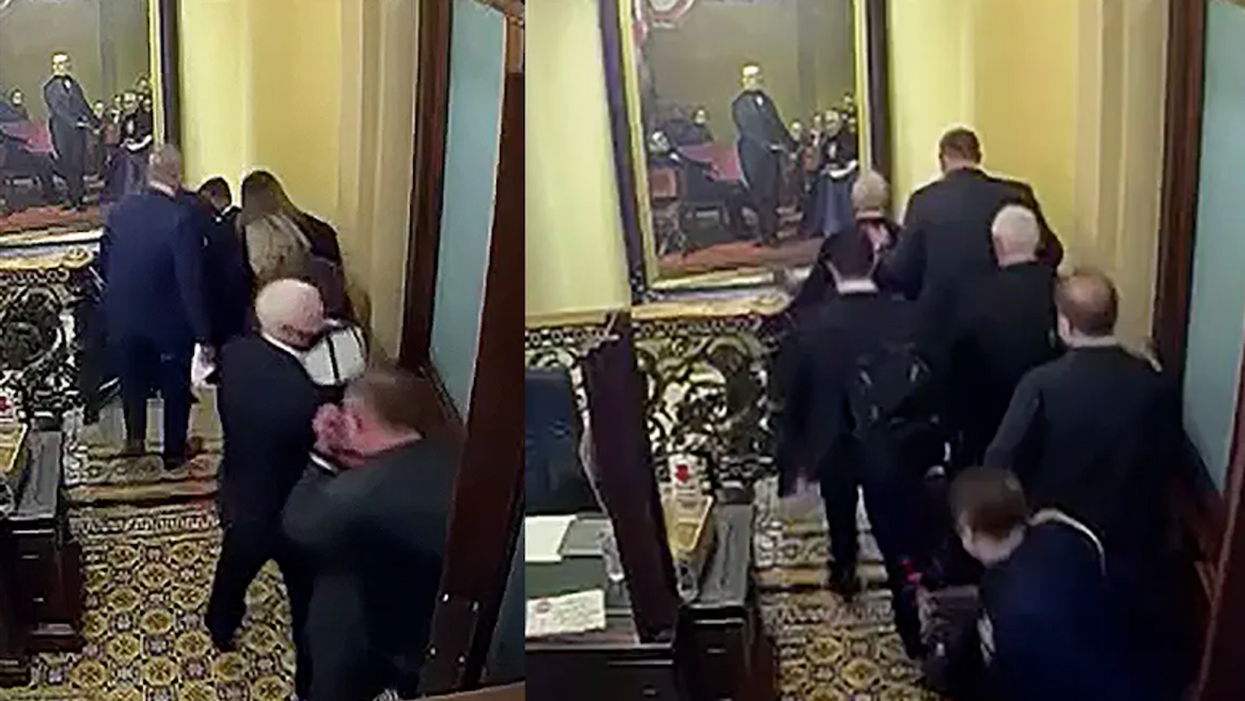 At first, it can be seen that a Capitol police officer (left) attempted to pepper-spray a man breaking through the windows. It was clear that he was quickly overwhelmed as others began climbing through.

Del. Stacey Plaskett (D-VI) pointed out that one of the men was in full tactical gear.

She went on to show security footage of Officer Eugene Goodman who encountered the attackers on the first floor. He ushered Sen. Mitt Romney (R-UT) away from the attackers. He then is seen backing up the stairs as the attackers follow him.

It then turns to the video that was seen publicly of Officer Goodman leading the attackers away from the Senate chamber.