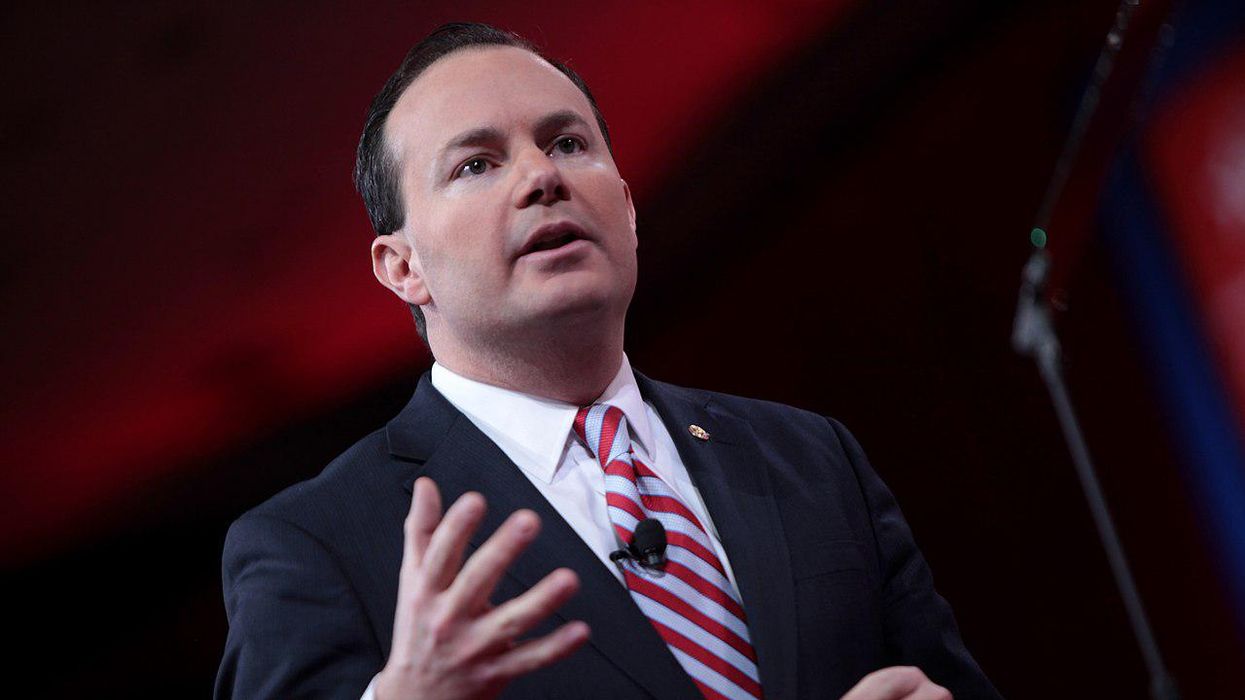 Following the "Save America Rally" on January 6, then-President Donald Trump returned to the White House and continued to hope that he could prevent Congress from certifying Joe Biden's Electoral College victory — and one of the Republicans Trump spoke to the afternoon of the U.S. Capitol Building siege was Sen. Mike Lee of Utah. Trump accidentally phoned Lee when he meant to phone Sen. Tommy Tuberville of Alabama. Then, on the evening of January 6, Lee exchanged some text messages with Salt Lake Tribune reporter Bryan Schott, who discusses those texts in an article published by the Tribune on Wednesday, February 10 — the second day of Trump's impeachment trial for incitement to insurrection.

Schott recalls that on Wednesday night, January 6 — after the insurrectionists had been cleared out of the U.S. Capitol Building and it was safe for Congress to resume its Electoral College vote count — Lee "related the story of how then-President Donald Trump mistakenly called his phone thinking it belonged to Tommy Tuberville, the newly-elected senator from Alabama."

According to Schott, "Lee agreed to let me publish the story, which I initially broke in my newsletter, The Rundown, the following morning, (January 7). After my reporting, the story was picked up by several other news outlets. On Wednesday night, (February 10), during the second impeachment trial of Trump, Lee strenuously objected to House impeachment managers referring to other reporting that said Lee overheard Trump telling Tuberville to delay the certification of the Electoral College votes by objecting. In my reporting, Lee did not say he overheard the former president's conversation with Sen. Tuberville, although he did tell me the call lasted for several minutes."

Schott goes on to quote the texts that Lee sent him on Wednesday night, January 6.

The 49-year-old Lee told Schott, "Moments after the proceedings in the Senate were halted by the Capitol Police, my phone rang. The caller ID indicated that the call was coming from the White House. I thought it was Robert O'Brien, the president's national security advisor, calling to update me on a question I had asked him about a security threat from Iran. To my great surprise, it was not Robert O'Brien, but President Trump on the other end of the line."

Lee went on tell the Tribune reporter, "There was a lot of noise and commotion in the room, but I thought I heard him say, 'How's it going, Tommy?' I said, 'Mr. President, this is Mike Lee.'"

After that, Lee — realizing that Trump had meant to call Tuberville — offered to look for the Alabama senator.

According to Lee, "I went and found Sen. Tuberville, handed him my phone, and explained that the president would like to speak to him. I stood nearby for the next five or ten minutes as they spoke, not wanting to lose my phone in the middle of a crisis. Then, the Capitol Police became very nervous and ordered us to evacuate the chamber immediately. As they were forcing everyone out of the chamber, I awkwardly found myself interrupting the same telephone conversation I had just facilitated."

When Lee told Tuberville that they had to evacuate, Lee told Schott, via text messaging, that the Alabama senator "promptly ended the call and returned my phone to its rightful owner."