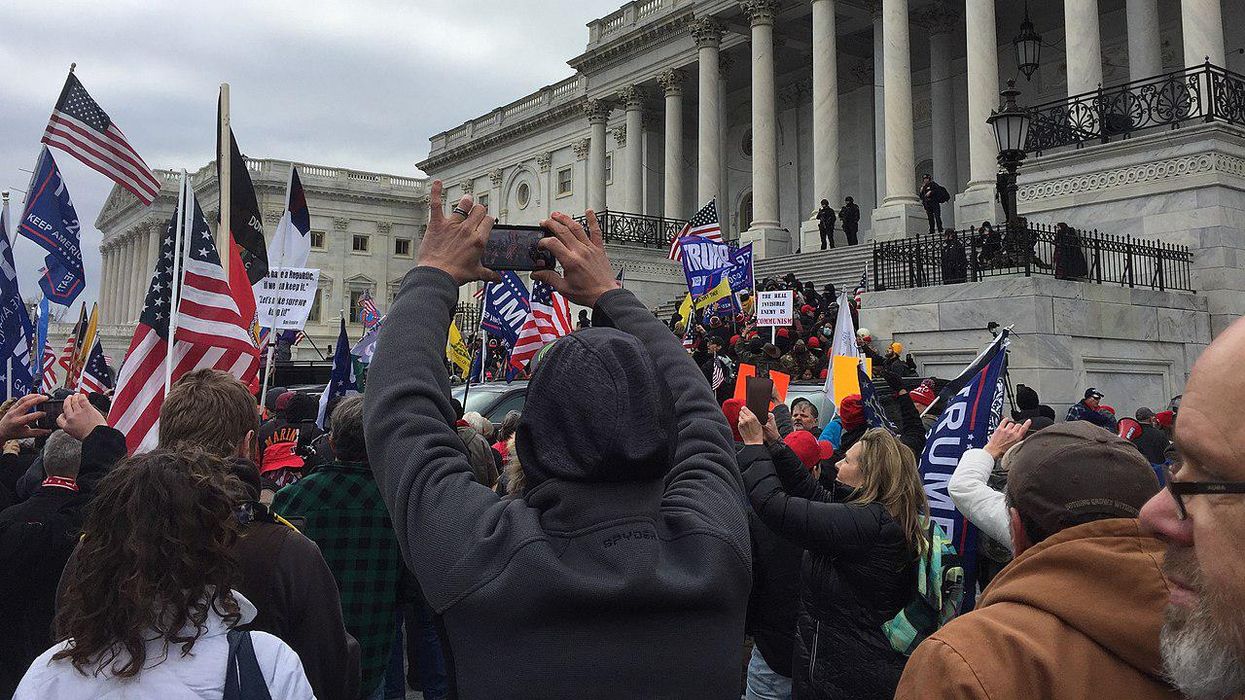 Throughout Donald Trump's one term as president, conservative Washington Post columnist Jennifer Rubin repeatedly warned that extremism would ultimately cause the Republican Party to shrink. And in a column published this week, Rubin stresses that the January 6 assault on the U.S. Capitol Building is causing the GOP to shrink even more.

Trump, in 2020, ran a rally-the-base campaign — and he continued to be popular with his hardcore MAGA base. But extremism, Rubin has been warning Republicans, alienates many others. And she makes her case by citing recent reporting by National Public Radio and The Hill.

Last week, The Hill reported that "more than 30,000 voters who had been registered members of the Republican Party have changed their voter registration in the weeks after a mob of pro-Trump supporters attacked the Capitol." And this week, NPR reported, "In the week from Jan. 6 through Jan. 12, about 4,600 Republicans changed their party status in Colorado. . . . (Colorado Public Radio) was able to contact dozens of them by tracking changes in the state's voter file…. The number of people changing parties spiked immediately after the Capitol breach. The same phenomenon is playing out nationwide. News outlets documented about 6,000 defections from the party in North Carolina, 10,000 in Pennsylvania and 5,000 in Arizona."

Rubin explains, "The dropouts might continue, especially if congressional Republicans defend QAnon extremists such as Rep. Marjorie Taylor Greene (R-Ga.) or vote to acquit the former president in the Senate trial expected to start next week. The defections underscore the urgency of Republicans' efforts to stem their demographic decline. As the portion of electorate that was White went from 71% to 67 % between 2016 and 2020, Republicans were once again reminded that the diversification of the electorate is bad news for a party that relies so heavily on white grievance. That should explain why Republican efforts to make voting harder, which has been underway for years, intensified after the 2020 election."

Voter suppression, Rubin adds, is a reflection of the GOP losing members as the United States' demographics become less and less White.

"In reality, the frantic effort is clearly meant to compensate for voters fleeing the party," Rubin observes. "But no matter how many congressional Republicans attempt to overthrow an election, the fate of the party rests with voters. While Republicans are abandoning their party, Democrats such as Stacey Abrams are undertaking efforts to organize and register new voters."

Rubin goes on to describe, state by state, the ways in which Republicans are trying to make voting more difficult. But voter suppression, she emphasizes, won't prevent demographic changes in the United States.

"In short, the electorate is changing thanks to demographics, Republican flight and Democratic outreach," Rubin observes. "It will become increasingly difficult for Republicans to suppress enough votes to retain power. At some point, they might consider whether the search for a dwindling electorate is all that helpful for their survival."