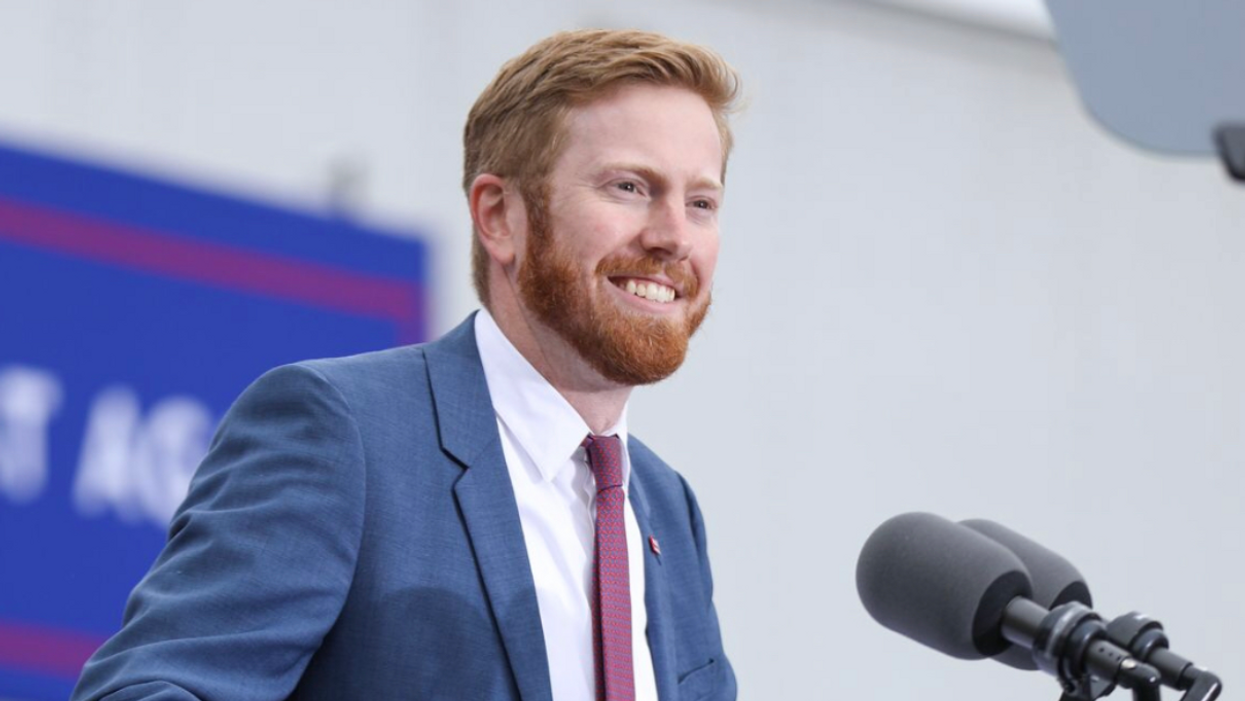 One Republican Congressman (R-Mich.) is being honest about former President Donald Trump's post-election actions and the irretrievable damage he did to his legacy.

During a recent interview with CBS News' Washington correspondent Major Garrett, Rep. Peter Meijer weighed in on the disturbing series of events that have occurred over the last several weeks.

Although Trump caused quite an uproar in the weeks after President Joe Biden was declared the winner of the presidential election, Meijer believes Trump could have "secured himself an interesting but positive place in the history books" if he had conceded sometime in December instead of continuing to circulate misinformation and unfounded claims about voter fraud.

The Michigan lawmaker went on to share his take on how those claims infiltrated the Republican Party and ultimately contributed to the divide the party is facing now. Meijer said, "As long as those myths, those fictions, those lies persist, we're in for deep, deep problems as a party and as a country."

Meijer also discussed the Capitol riots that occurred on Jan. 6. He noted that while the incident did claim the lives of five individuals, it could have been far worse. "We had the number two, three, and four in the line of succession after the president in that building and he stood by and watched. We're frankly incredibly lucky that day wasn't worse than it was," the Republican lawmaker said.

According to Meijer, the U.S. Capitol riots were a "defining moment" in Trump's presidency that subsequently "destroyed" his legacy.

"I frankly think that, despite all of the tweets and tension, that is an administration that would have aged well once some things were moved passed," Meijer said. "But honestly now, the events of January 6 — that was the capstone, that was the defining moment," Meijer said. "And I think that a storming of the Capitol by [Trump's] supporters — that erased, that destroyed all the positive components of that legacy."

So, what does the future of the Republican Party look like? Meijer is hoping for a forward progression. "I hope that we can get to a point where we can move on, but you can't do that if you don't address the wound," he said. "If you just paper it over, it's only going to get worse and worse."