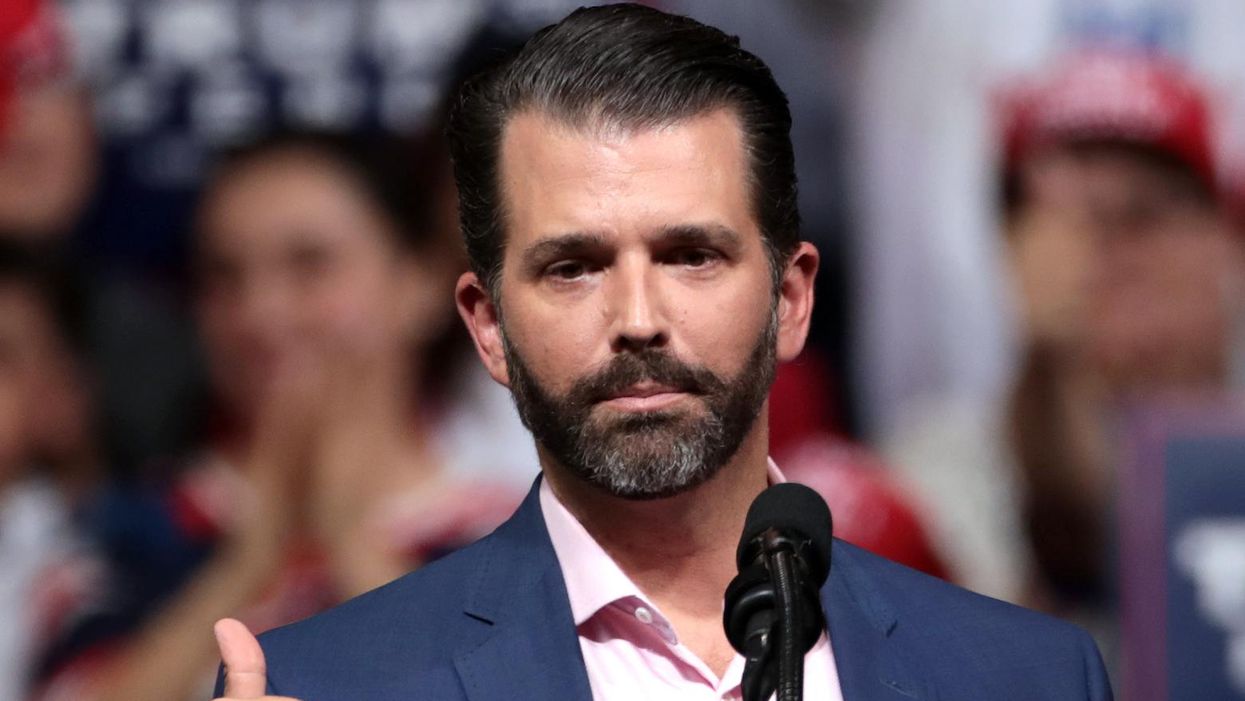 According to CNN, Feb. 23 court documents revealed Trump, Jr. had been deposed by DC Attorney General Karl Racine's office on Thursday, Feb. 11, and his deposition "raised further questions about the nature" of a particular hotel invoice. The attorney general's allegations highlight the details of a contract the Trump Organization signed to book guest rooms with Loews Madison Hotel. The tab reportedly came to a total of $49,358.92.

The invoice for the block of rooms, which were booked for the 2017 presidential inauguration, was forwarded to the president's Inaugural Committee, to cover the cost of the bill.

"These witnesses gave inconsistent accounts of the purpose of the contract and why the PIC agreed to pay it, and none of the witnesses gave a complete or accurate account of the circumstances surrounding the invoice," the attorney general's office stated.

Due to the pandemic, the Loews Madison hotel has been closed and has changed ownership twice, the court filing reveals. A total of 10 witnesses associated with the case have been deposed. However, only 3 of them have provided testimonies about the Presidential Inaugural Committee's payment to the hotel. Of those who testified, Rick Gates, former deputy chair of the inaugural committee, claimed he received an email from a debt collection company notifying him of the hotel's unpaid balance.

In his deposition, Gates said the hotel rooms were booked by a man named Gentry Beach, who was a friend and chief of staff for Donald Trump, Jr. Gates said he was told by Beach the rooms were for people who had donated to the PIC and so "the hotel bill should be paid by PIC," according to Gates' deposition, adding that there was a "donor package" which included hotel rooms "if you donated at a certain level."

However, according to the attorney general's office, Trump Jr. offered a different perspective. According to him, the rooms were "associated with the campaign or with the Trump family."

"For example, Mr. Trump testified that one individual was a friend from college, one was a Trump family driver, another was a New York socialite from the Real Housewives of New York who is also a Trump family friend," the filing states.

But court documents also include account details provided by the collection agency. Those details outline discussions regarding who would be responsible for the bill. The collection agency note from July 2017 stated: "Rick Gates will provide payment, but needs the name changed. It just cannot say 'The Trump Organization.'"

The latest news comes as more reports are surfacing about prosecutors' investigative probes into the former president's children and his chief financial officer, Allen Weisselberg. An insider familiar with the situation reportedly said that prosecutors are raising questions "about everything under the sun about Donald, Ivanka, Don Jr, and Eric, [and] Allen Weisselberg."

Like Trump, Jr., his brother Eric Trump, was deposed by investigators working with the New York Attorney General's office. That deposition was reportedly part of an investigative probe into the Trump Organization. Back in December, Ivanka Trump was also deposed by the attorney general in Washington, D.C., in connection with the Presidential Inauguration Committee.