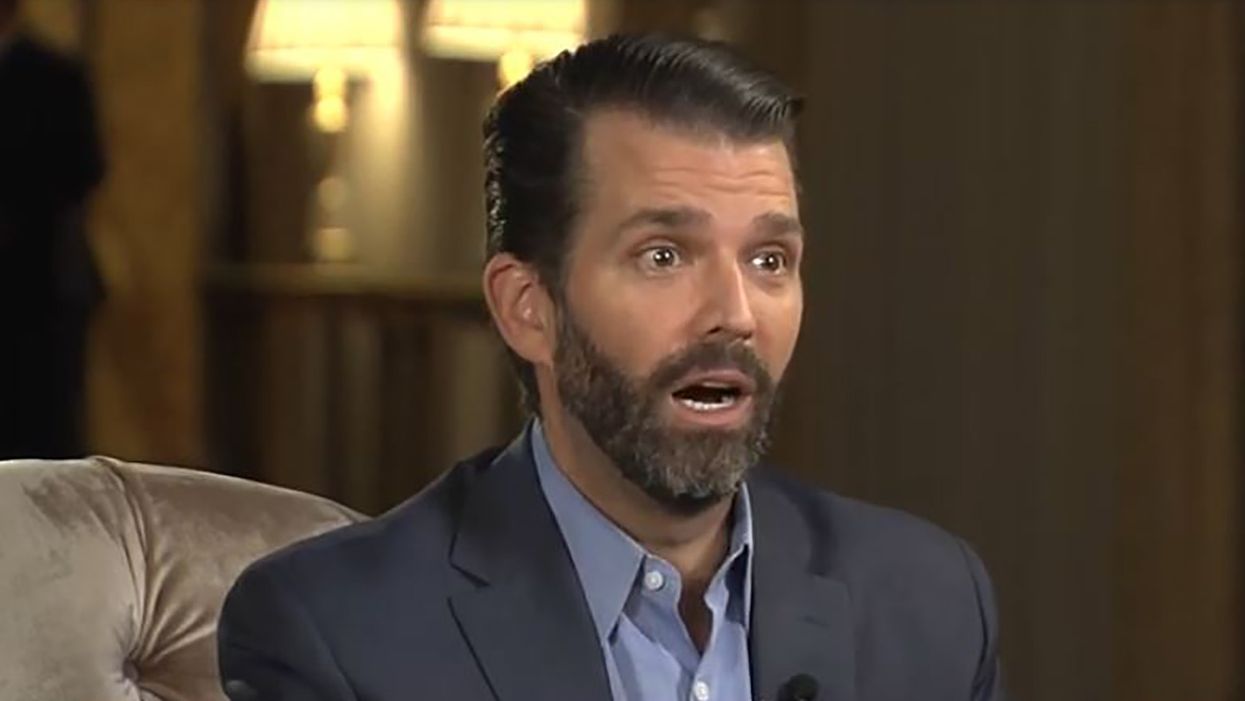 Don Trump, Jr. recently expressed a sense of pride about his father's unwillingness to accept the unfavorable outcome of the presidential election.

During a recent appearance on Fox News, Trump Jr. spoke with Sean Hannity where he offered a bizarre analysis of his father's defeat. He claims that his father showed the world that presidential candidates do not have to "lose gracefully."

He went on to slam his father's political party as he noted that there appeared to be "an absence of 'natural push-back,' among apparently spineless Republicans who in fact spent months (with few exceptions) defending his father's false claims and baseless conspiracies about a stolen election that culminated in violence," according to Talking Points Memo.

"The Republicans aren't willing to do it. They've shown that over the decades. They'd just rather lose gracefully, I guess," Trump Jr. told Hannity, adding, "Donald Trump has shown that you don't have to do that."

Donald Trump Jr. says that Republicans would "rather lose gracefully" but his dad has "shown that you don't have to… https://t.co/3NaPufXAaH
— Justin Baragona (@Justin Baragona) 1614305718.0

In the wake of Trump's acquittal following his Senate trial over accusations that he incited the insurrection on the U.S. Capitol, Trump Jr. appeared to boast about his father's efforts to challenge the foundation of America's democracy. He believes the message his father sent is that "you can actually push back" although it is not "an easy fight."

He went on to express arguments about the alleged double standard Republicans are faced within the United States. According to Trump Jr., the media and mainstream tech companies are "doing whatever they can to destroy the Republican party."

"We don't have a level playing field," he said. "Until we have more people that willing to step up and tell the truth and speak to the American people, we're a little bit at a loss and it's ridiculous."

While Trump's future political plans remain uncertain, Trump Jr. suggested that his father's influence on the Republican Party will have lasting impacts for years to come. He said, "If you're reading the room and you're intelligent, you realize that Donald Trump is still the future of the Republican Party."