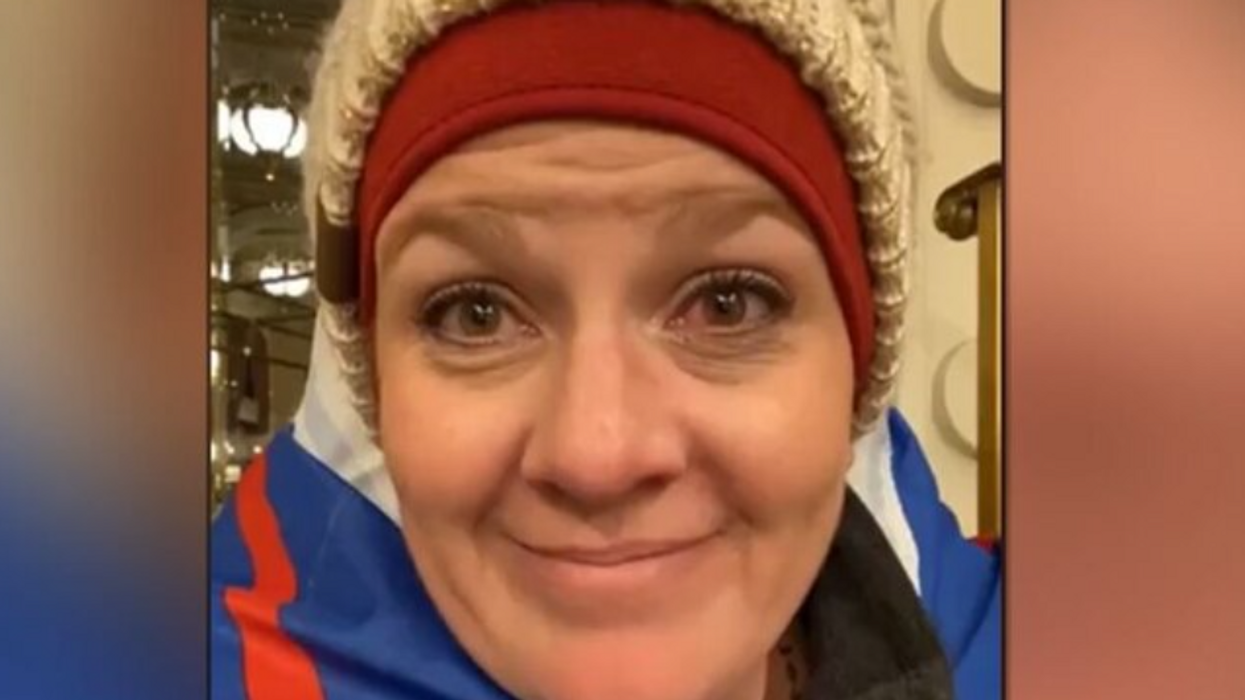 In a Facebook live stream, Jenny Cudd boasted about storming the U.S. Capitol with an angry pro-Trump mob, but despite her admission to committing a federal crime, a judge is still allowing her to vacation in Mexico.

According to The Washington Post, U.S. District Judge Trevor McFadden noted Cudd has "no criminal history" and "no evidence before the Court suggesting the Defendant is a flight risk or poses a danger to others."

Because of this, Cudd is being allowed to travel outside of the country from Feb. 18 through Feb. 21 for "a work-related bonding retreat for employees and their spouses," according to her attorney Farheena Siddiqui's remarks in a recently filed motion.

Multiple reporters shared details about the latest development via Twitter as they criticized the judge's decision. With a copy of the court documents, Buzzfeed reporter Zoe Tillman tweeted, "And here it is: Capitol insurrection defendant Jenny Cudd *can* go to Mexico for a prepaid "work-related bonding retreat," a judge ruled."

She added, "Something to note about Jenny Cudd — when she filed her request to go to Mexico on Feb. 1, she was facing two misdemeanors. A federal grand jury returned a five-count indictment on Feb. 3, including obstruction of an official proceeding, which is a felony."

Tillman went on to add one of the biggest problems with the ruling on Cudd's request saying, "But again, a key thing here is that neither prosecutors nor the Pretrial Services Agency opposed her travel request — absent any conflict, it becomes a lot less likely a judge is going to deny a request like this."

But again, a key thing here is that neither prosecutors nor the Pretrial Services Agency opposed her travel request… https://t.co/M9svvZQ1tY
— Zoe Tillman (@Zoe Tillman)1612570148.0

The official ruling comes just days after confusion surrounding the decision to allow Cudd to travel outside of the country. Initial reports that a federal judge granted the request days before he actually did. Just the suggestion, alone, set Twitter ablaze, and now the latest confirmation has reignited that same fire.

"I'm sorry," one Twitter user wrote, adding, "Woman willingly participates in a violent insurrection against the United States government in which 5 people were killed. More would have died but their insurrection was thwarted. She gets a pre-trial free pass to leave the country because she has no criminal history?"

Another user wrote, "Apparently, in the law school Judge McFadden attended, "flight risk" refers to the chances of reaching the gate after the door to the jetway has been closed."

Despite her upcoming vacation in Mexico, Cudd is facing a string of charges in connection with the Capitol riots including "obstruction of an official proceeding, entering and remaining in a restricted building, and parading, demonstrating or picketing in a Capitol building" and indictments "on two counts related to disorderly or disruptive conduct in the building."