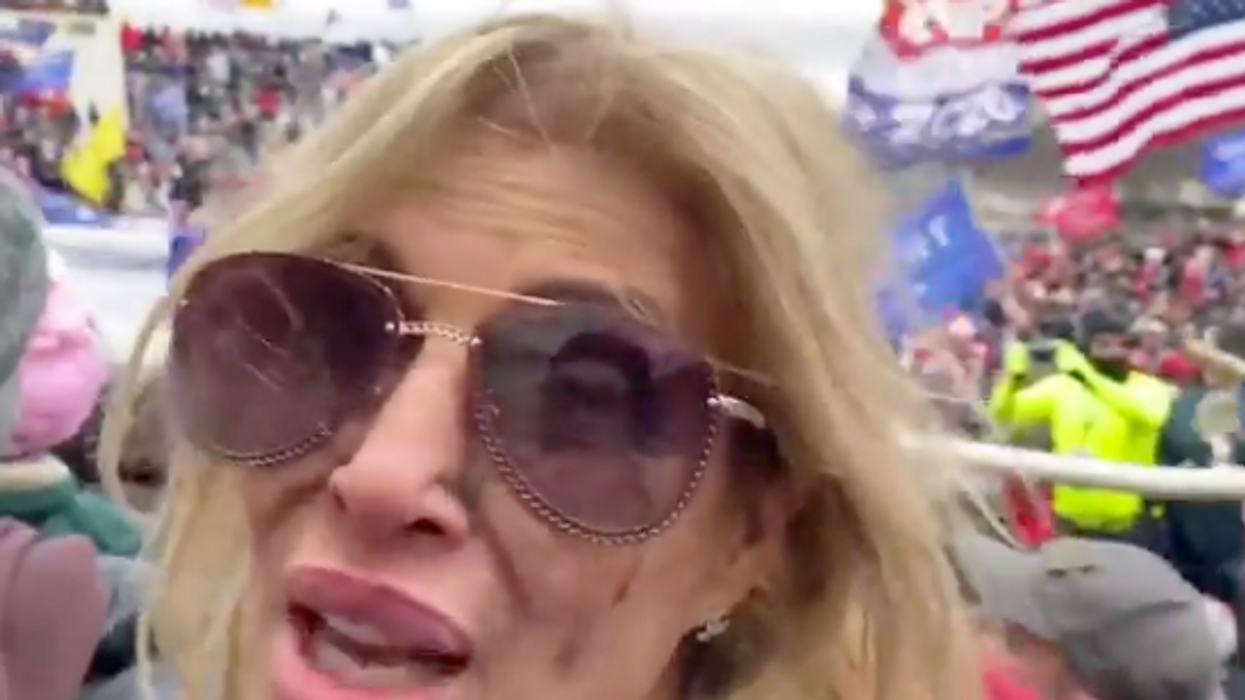 Bisignano, who has been described as a "prominent hydroxychloroquine advocate," was filmed by TMZ at a December anti-mask rally during which she reportedly called someone a "faggot" and a "New World Order Satanist." TMZ called it a "homophobic rant." She also told another onlooker, "You're a Nazi and you're brainwashed by MK Ultra."

At the January insurrection a woman saying she is Bisignano was filmed saying, "I'm a single mother and love my Lord," and "they can't take away our Constitution."