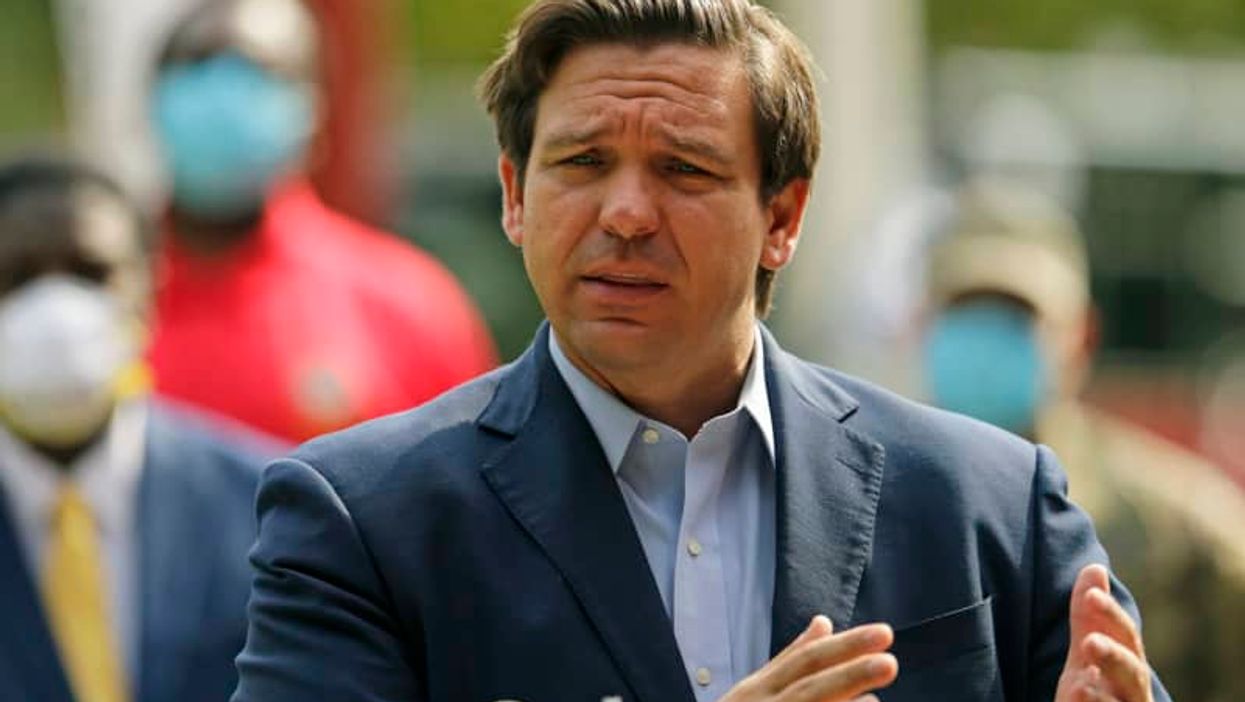 Florida Gov. Ron DeSantis (R) had the opportunity to attend Super Bowl LV in Tampa Bay, Fla. For Florida residents and fans of the Tampa Bay Buccaneers, the event was football perfection. Not only did the Bucs win the Super Bowl, but they also had the pleasure of doing so in their own stadium.

But, in the midst of the big celebration, photos were snapped of the governor who was seen not wearing a mask despite the pandemic continuing to batter his state, according to CNN. The photo quickly began circulating on social media as criticism mounted against DeSantis.

On multiple occasions, the Republican governor has been publicly scrutinized for his handling of the coronavirus pandemic in his state. His reason for not wearing a mask during the Super Bowl was no different.

Politico reporter Marc Caputo shared details about his encounter with DeSantis. Caputo revealed DeSantis was the first to mention the photo as he offered an excuse for his failure to comply with COVID-19 mitigation recommendations.

"Someone said, 'hey, you were at the Super Bowl without a mask' ... but how the hell am I going to be able to drink a beer with a mask on? Come on. I had to watch the Bucs win," DeSantis said.

As the photo circulated on social media, Twitter users began hammering the governor for his lack of leadership and approach to the pandemic. One Twitter user said, "Several problems. "deathsantis" was showing his leadership to the people of Florida (my governor. SAD): 1) he's sitting right next to that other dude; 2) he's not wearing a mask; 3) his mouth is wide open. Spewing viral particles; 4) so what's he doing sitting behind glass?"

@DrEricDing This is why governors line DeSantis are so dangerous He won’t mandate masks NOW & won’t mandate even… https://t.co/AcQmkMaHLW
— Cathy (@Cathy)1612890916.0

As the Republican governor continues to wave off masks, his state is still one of the hardest-hit by the coronavirus. As of Tuesday, Feb. 9, more than 1.7 million coronavirus cases have been reported in the state of Florida. The state also has the fourth-highest COVID death rate in the United States.