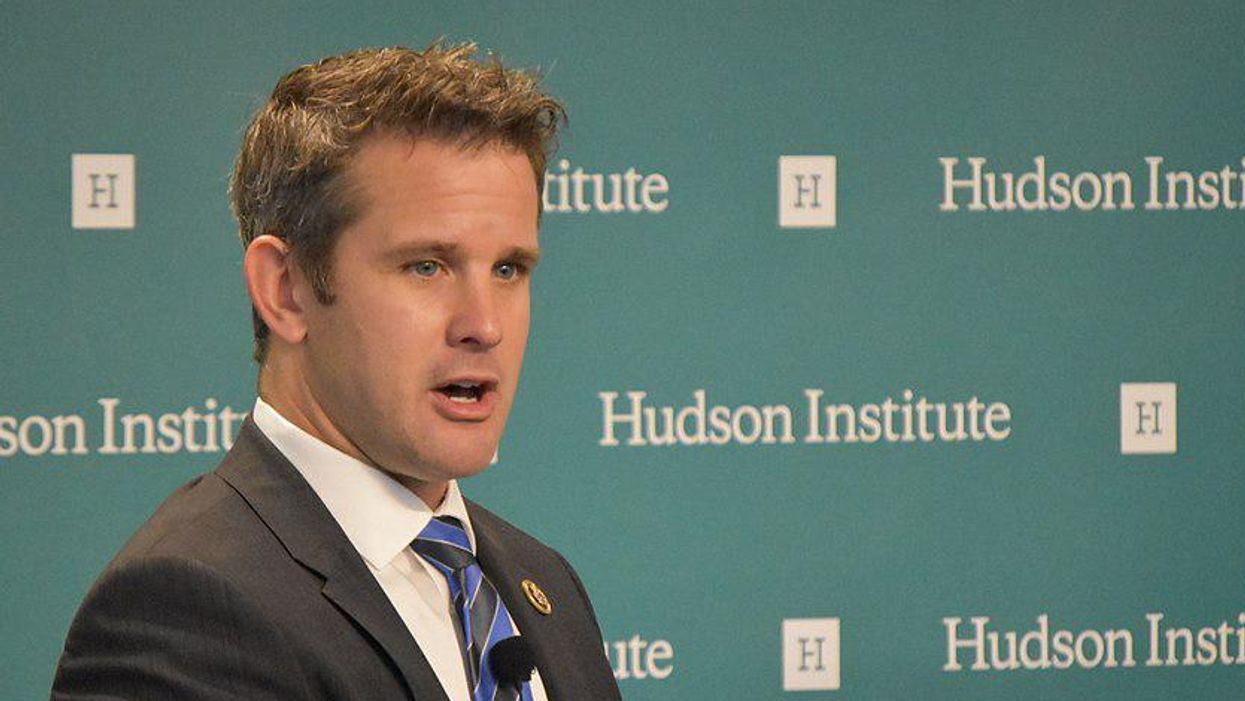 Rep. Adam Kinzinger speaking at the Hudson Institute event, "A Conversation on the Middle East," in May 2016, Hudson Institute
Trump must be convicted to 'save the US' from a 'dangerous road of violence': GOP congressman
Meaghan Ellis
February 24, 2021

According to Newsweek, Kinzinger took to Twiter to fire back at Carlson for his baseless claims during the recent segment of his show which aired on Tuesday, Feb. 23. "Next step in the whitewash: 'who is this 'Q' of which you speak?' There is no website!' Deny, plead ignorance, misdirect ... is there any question why people are confused? Quit lying, accept reality and use your energy to make us a better country."

Kinzinger also included the hashtags #Country1st and #restoreourgop appearing to acknowledge the intraparty divisions the Republican Party is left battling in the aftermath of Trump's presidency.

Kinzinger's remarks came as Carlson attempted to downplay the dangers of the QAnon conspiracy theory. "We spent all day trying to locate the famous QAnon, which, in the end, we learned is not even a website. If it's out there, we could not find it," Carlson said during the segment.

He added, "Then, we checked Marjorie Taylor Greene's Twitter feed because we have heard she traffics in disinformation, CNN told us, but nothing there. Next, we called our many friends in the tight-knit intel community. Could Vladimir Putin be putting this stuff out there? The Proud Boys? Alex Jones?"

Carlson also appeared to suggest that the circulation of QAnon theories was the result of someone perpetuating lies with the intent of causing divisions in the United States.

"Who is lying to America in ways that are certain to make us hate each other and certain to destroy our core institutions?" Carlson asked. "Well, none of the above, actually. It wasn't Marjorie Taylor Greene. It was cable news. It was politicians talking on TV, they're the ones spreading disinformation to Americans. Maybe they are from QAnon."

The Fox News host was one of Trump's devout supporters while Kinzinger voted to impeach the former disgraced president for inciting the insurrection on the U.S. Capitol.