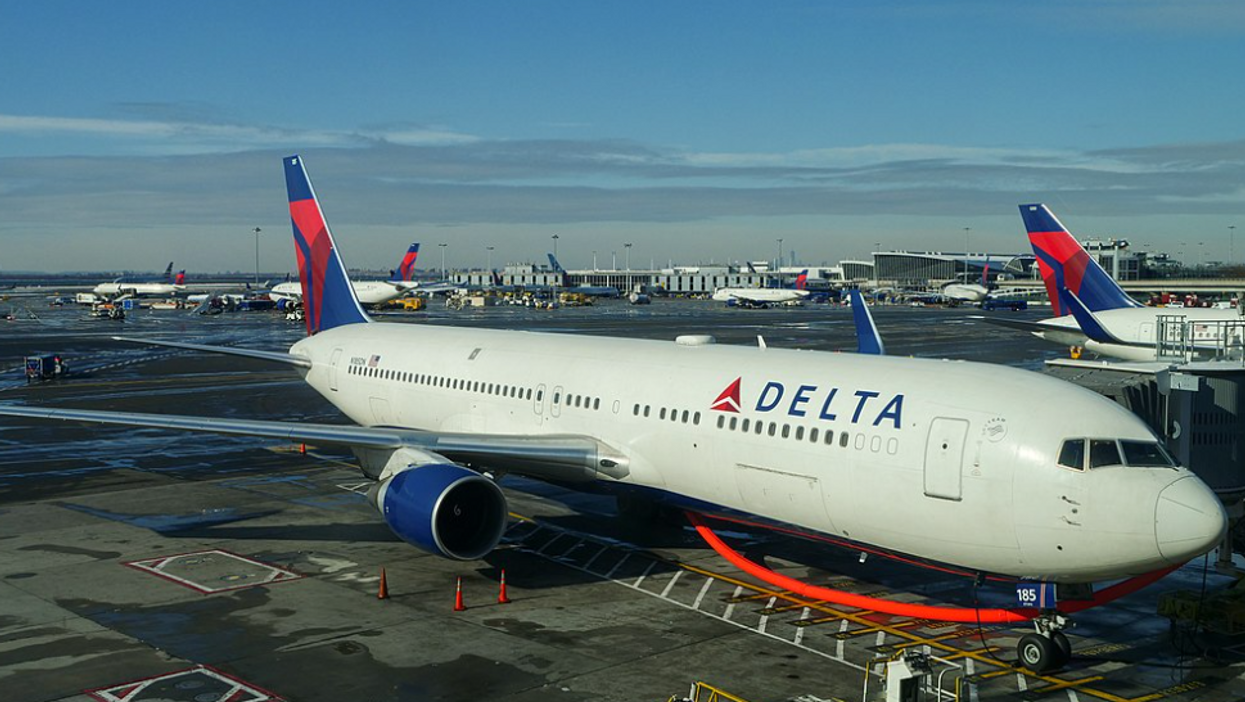 Delta Airlines is the latest major corporation to push back against the violent pro-Trump movement that swept the United States last week. After Sens. Mitt Romney (R-Utah) and Lindsey Graham (R-S.C.) were harassed in airports amid their trips to Washington, D.C., for the electoral college certification, the major airline is implementing consequences for those who participated.

According to Reuters, Delta Air Lines CEO Ed Bastian recently revealed passengers who heckled the lawmakers at both airports have been placed on the airline's no-fly list. Talking Points Memo also reports that Delta spokesperson Morgan Durrant confirmed the executive order but declined to offer further details about it.

As Romney prepared to depart for Washington, D.C. for the Electoral College certification, he was confronted at Salt Lake City International Airport in Utah by disgruntled Trump supporters. After boarding the plane, Trump supporters onboard chanted "traitor" as they relentlessly heckled the Republican senator.

Days after the pro-Trump insurrection at the U.S. Capitol, Graham was rushed by angry Trump supporters after he voted to certify President-elect Joe Biden's victory.

Alaska Airlines has also pushed back against unacceptable behavior amid the tense political climate looming over the United States, reports The Washington Post.

"Their behavior was unacceptable," an Alaska Airlines spokesperson said in a statement. "We will not tolerate any disturbance on board our aircraft or at any of the airports we serve. We're thankful and appreciative of the efforts of our dedicated crew members who are committed each day to keeping travel safe and respectful."

A union representing American Airlines workers also expressed concern about the treatment flight attendants recently faced at the airport in Washington, D.C. From racial epithets to "acts of aggression," Association of Professional Flight Attendants (AFPA) President Julie Hedrick laid out her concerns in a statement released on Friday, Jan. 8.

"Yesterday, racial epithets were hurled towards a Black Flight Attendant as they rode to the DCA airport in the hotel shuttle," Hedrick said. "On another flight, a group of passengers removed their masks after takeoff and harassed the flight attendants and other passengers throughout the flight, up to and including the deplaning process."

The Federal Aviation Administration has also vowed to take action against those who physically or verbally threaten airline workers. The agency released a statement addressing the "disturbing increase in incidents where airline passengers have disrupted flights with threatening or violent behavior. These incidents have stemmed both from passengers' refusals to wear masks and from recent violence at the U.S. Capitol."