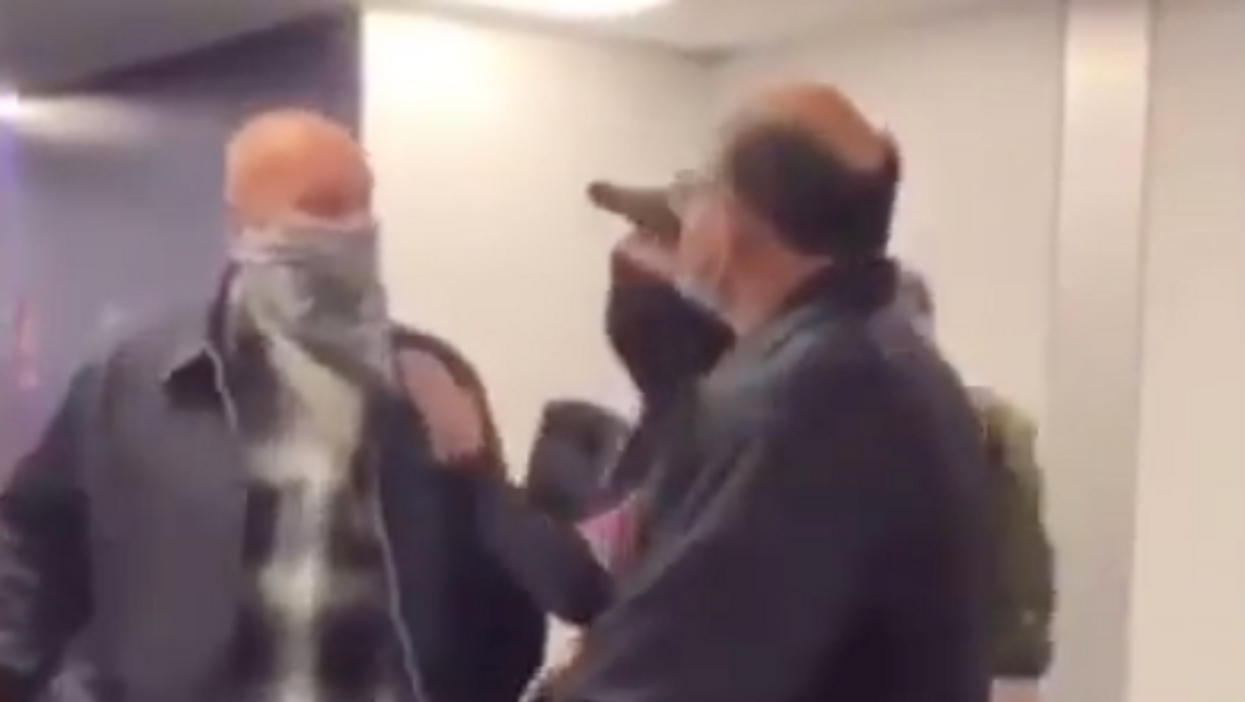 After the January 6 siege of the U.S. Capitol Building by far-right extremists, Rep. Lou Correa was on his way back to Southern California when he was confronted by some angry Trump supporters at Washington, D.C's Dulles Airport.

Video of the encounter shows the Democratic congressman being shouted at by extremists, some of whom can be heard promoting the conspiracy theory that left-wing antifa invaders led the assault on the Capitol Building on January 6.

One of them told Correa, "The police let antifa in. They opened the doors." And another one of them shouted, "You're lying. Your lie has been exposed."

While Correa was wearing a mask, most of the men confronting him at Dulles weren't.

One of them asked Correa who voted for him, and he responded "70% of people in my district."

Correa was elected to the U.S. House of Representatives in 2016 via Orange County, California south of Los Angeles, and he took over the seat formerly held by Loretta Sanchez — the centrist Democrat who famously unseated former Republican Rep. Bob Dornan in 1996. Dornan was known as "B-1 Bob" because of his combative ways.

Orange County, for many years, was a GOP stronghold but has been trending Democrat in recent years.

Correa was among the many House Democrats who voted to certify President-elect Joe Biden's electoral college victory on January 6.