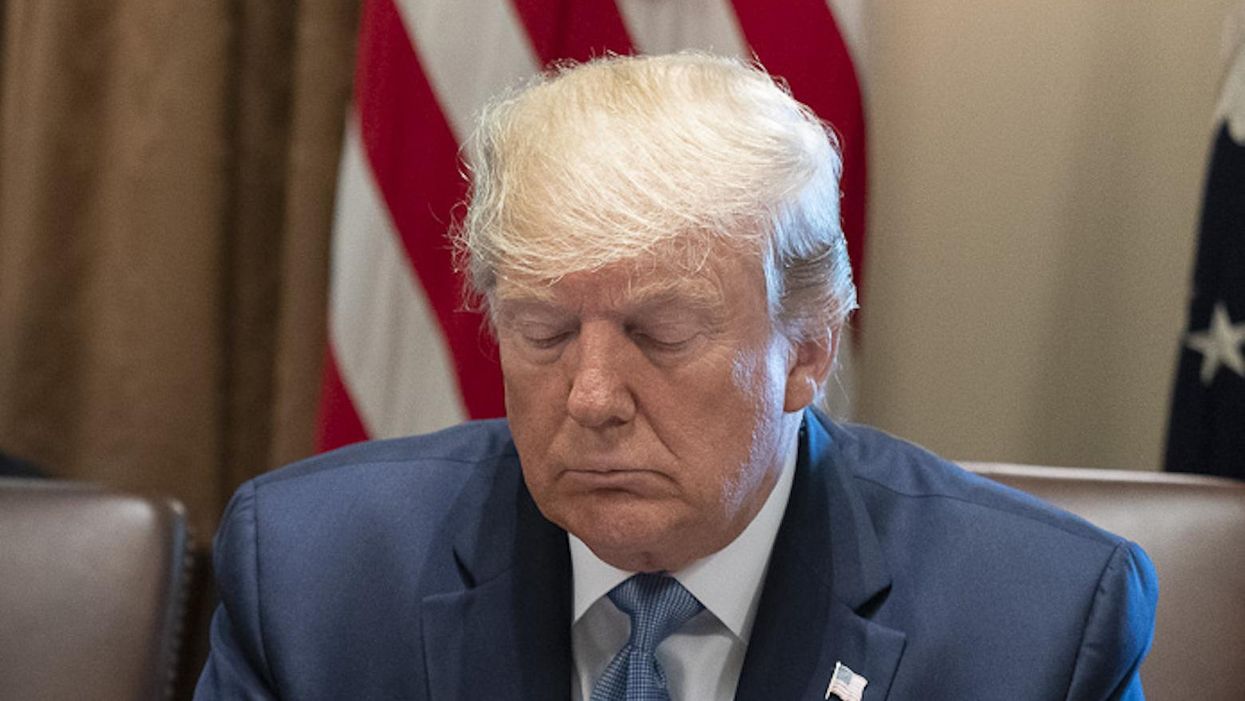 A pillar of the conservative establishment fully abandoned President Donald Trump with less than two weeks left in his presidency.

On Thursday, the Wall Street Journal editorial board called on the commander-in-chief to step down: "It is best for everyone, himself included, if he goes away quietly."

The siege of the U.S. Capitol during the counting of the Electoral College vote, a clear effort by the mob riled up by Trump's false claims of a stolen election to overturn his decisive loss to President-elect Joe Biden, was the final straw, the board said.

"This was an assault on the constitutional process of transferring power after an election," it said. "It was also an assault on the legislature from an executive sworn to uphold the laws of the United States. This goes beyond merely refusing to concede defeat. In our view it crosses a constitutional line that Mr. Trump hasn't previously crossed. It is impeachable."

Four people have reportedly died in connection with the siege.

However, the board warned that using the 25th Amendment or impeachment powers to remove Trump could do more harm than good. That's why, in its view, he should leave of his own volition.

Despite the piece marking the board's final turn on the president it had long supported aggressively, plenty of criticism was reserved for Democrats. The board scoffed at those who say Trump's latest impeachable offense just proves that he should have been convicted the first time the House sought to oust him.

"You don't impeach for anticipatory offenses or for those that don't rise to the level of constitutional violations," it said. "This week's actions are a far greater dereliction of duty than his ham-handed Ukrainian interventions in 2019."

Of course, Democrats argued that Trump's effort to use the power of the state to induce Ukraine to investigate his political opponent was a grave constitutional violation. And they warned, presciently, that he wouldn't stop attacking American democracy. They were proven right.

The irony of the Wall Street Journal's position is, though, that if Trump had the self-restraint and respect for democracy that it would take to resign right now, it wouldn't be necessary. He's gone in two weeks — the only reason to rush his departure is because he can't be trusted to use the powers he has judiciously. Even after he seemed to admit defeat on Thursday evening in a Twitter video, his past behavior shows he can turn on a dime and cause more chaos with little provocation. That's why Democrats feel they must force the issue.